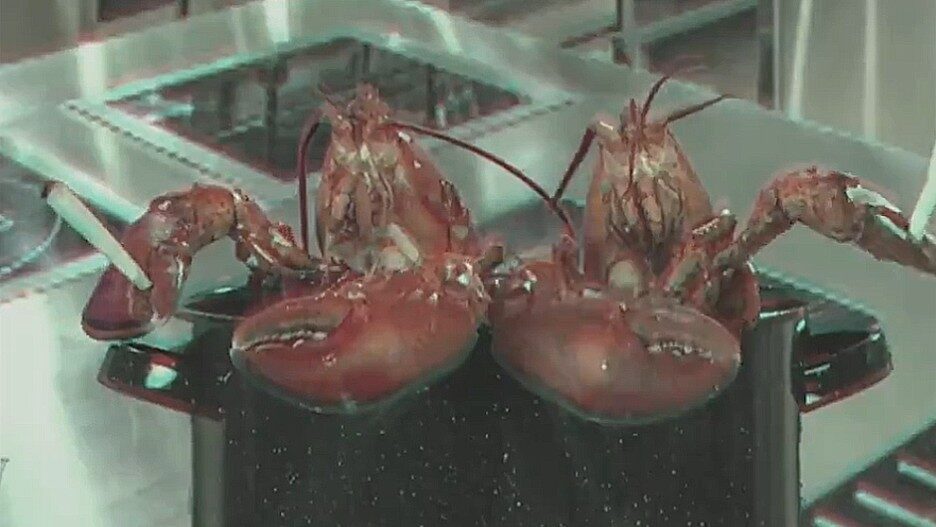 To kick off “The Late Show” on Wednesday, Stephen Colbert used some recent, unusual Lobster-related news as inspiration for a parody of those old “this is your brain on drugs” commercials, and the result is, well, we kind of have the munchies even though we didn’t smoke any weed.

So, this week there were reports of a joint study by several universities including University of California, San Diego, which we stress has absolutely not been peer reviewed, to see if giving lobsters marijuana would ease their pain as they’re being cooked to death. The study, which again has not been peer reviewed, was posted to a site called Biorxiv. Apparently, the researchers found that giving weed to the lobsters relaxed them but didn’t produce any other measurable effects. Guess nothing takes the edge of death.

And then, we see two lobsters sitting in a pot of boiling water, but also holding huge joints in their claws. Commence a bunch of 1970s-style stoner jokes where the lobsters have a super high conversation about how they might die. And then, at the end, instead of “any questions?” the concerned adult says “Who’s hungry.” Get it? Also, we are. Watch the clip below: