Daisy (played by Charlotte Jordan) made her first appearance on Coronation Street last week when she and her partner Lee (Oliver Devoti) rocked up at the Rovers Return as part of an impromptu visit to see Jenny (Sally Ann Matthews). Little did the newcomer know she was walking into a war zone as her step-mother and her husband Johnny Connor (Richard Hawley) were at loggerheads over the latter handing himself in to the police after revealing he was part of a hit-and-run crime years before. With the police arresting the landlord during Friday’s edition of the ITV soap, his wife’s step-daughter was making herself very welcome by the time Monday’s double-bill aired. However, is she trying to get close to her motherly figure in order to get her hands on the pub?

Having not heard a word from Johnny since his arrest, Jenny was in absolute pieces as she didn’t know whether she still had a husband or not.

Seeing her step-mother in such a state, Daisy explained Lee had gone ahead to Edinburgh without her so she could offer her support to the landlady of the Rovers.

“I didn’t want to abandon my favourite step-mum in her hour of need,” the newcomer explained, a sentiment which meant the world to the pub owner.

“I’m here to cheer you up and help you wash that good-for-nothing Johnny right out your hair,” the youngster remarked.

This certainly got viewers heads spinning as they took to Twitter to comment on what the mysterious character is really up to. 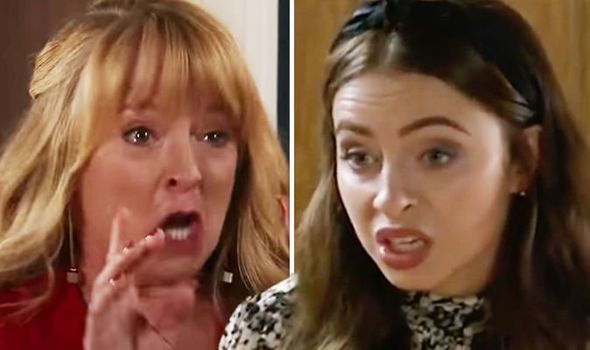 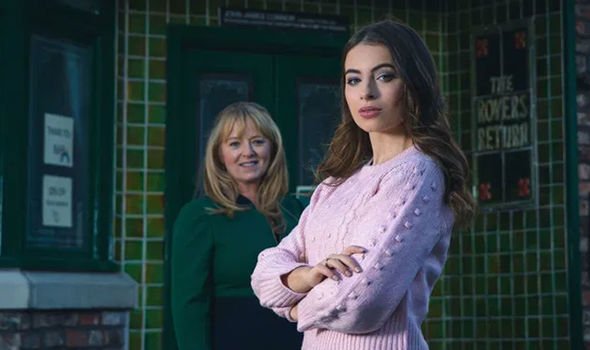 One wrote: “I definitely think this Daisy girl is going to bleed Jenny dry of money…and steal the Rovers. Maybe sell it to Ray [Crosby] as revenge? @itvcorrie #Corrie.”

Another added: “Daisy doesn’t care about Jenny. All she wants to do is course trouble between Jenny and Johnny #Corrie.”

Whilst a third commented: “Daisy needs to keep her nose out. Since when does she have a say on Johnny and Jenny’s relationship #Corrie.”

“I don’t like that Daisy there’s something about her,” a fourth remarked with a fifth posting: “What is Daisy up to? Don’t trust her #Corrie.” 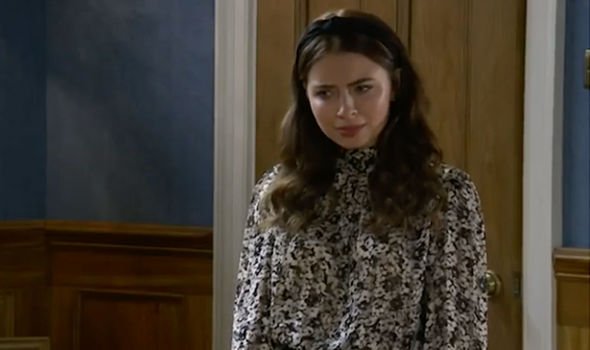 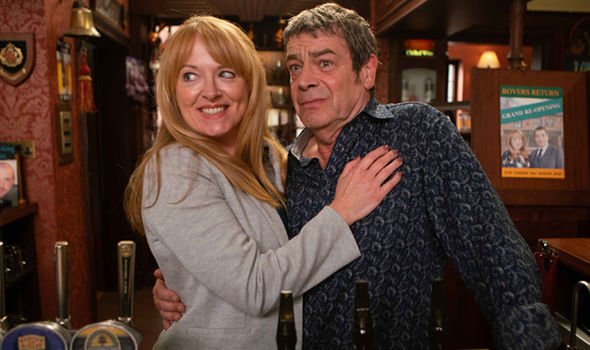 What is Daisy up to?

With viewers so sceptical, Daisy could very well be wanting to poison her step-mother against Johnny so Jenny’s left heartbroken.

By the end of Monday’s double-bill, Johnny was back home, somewhat scuppering the plans viewers think Daisy has.

Instead, she could change tact and start using how the landlord once had an affair with Liz McDonald (Beverley Callard) to her advantage.

Seeing the pair getting so close, the landlady would be mortified but her step-daughter could manipulate the situation and say the pub owner made advances on her.

Wanting the landlady to get some respite from her marital issues and her husband’s supposed cheating ways, the newcomer could step in and tell the pub owner she and Lee will oversee things for a while.

In such disbelief at the state of her marriage, the soap stalwart could happily oblige before leaving the establishment in her step-daughter’s safe hands.

However, as she and her partner take hold of the business, could they do some underhand dealings and ensure their names are put on the lease?

It could be Jenny returns from a welcome break divorced and with no roof over the head. Will she be left standing in the cold as Daisy’s true colours are revealed?

Speaking about her character’s arrival on the cobbles, actress and newcomer Charlotte said: “I am thrilled to be joining such a well-beloved and iconic show like Corrie during its 60th anniversary and especially whilst living in such uncertain times.”

“Daisy has been a delight to play so far with her lack of filter and flirty nature, but there’s certainly more to her than meets the eye,” the actress continued.

“I’m excited to flesh her out and see what lies ahead for hers and Jenny’s relationship,” she added, with executive producer Iain MacLeod branding her a “minx.”

The soap boss explained: “Daisy might seem like sweetness and light at first, but can be a maelstrom of minxy mischief when the mood takes her.

“She revels in devilment and above all, she will bring chaos and conflict into Jenny’s life, as her step-mum tries to make up for walking out on her some years ago.”