Coronation Street fans were devastated when Beverley Callard announced she had quit the ITV soap after 30 years of playing barmaid Liz McDonald. Although the details of her departure are under wraps, her exit storyline may have begun with the arrival of dangerous newcomer Scott (played by Tom Roberts) as the pair flirted up a storm in the Rovers Return.

Scott first arrived on the cobbles earlier this month when he asked Jenny Connor (Sally Ann Matthews) if he could stay in one of the B&B rooms above the pub.

While Liz and the mysterious newcomer hit it off straight away, Johnny Connor (Richard Hawley) seemed very uncomfortable.

The landlord recognised Scott straight away and immediately tried to persuade his wife to go on holiday with him to escape Weatherfield.

Coronation Street fans know Liz has a notoriously bad track record when it comes to attracting new love interests and it seems her luck isn’t about to change. 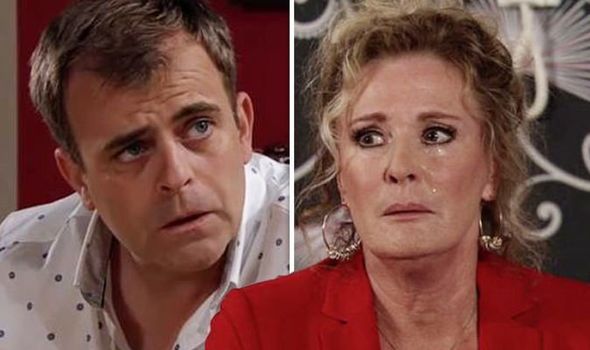 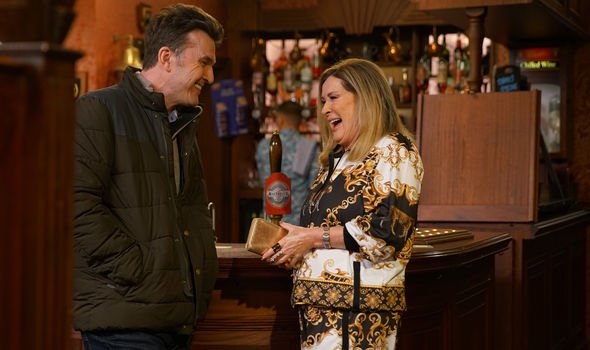 The actor who plays the dangerous newcomer has hinted sparks will fly between Liz and Scott in upcoming scenes.

“There is an instant spark with Liz, most definitely and that will be further explored and picked up again when this current situation is over,” he told Metro.

“Liz has a history of attracting the wrong men – an understatement really.

“So the fact that she gets her eye on him is probably an omen of doom for what kind of guy he really is.” 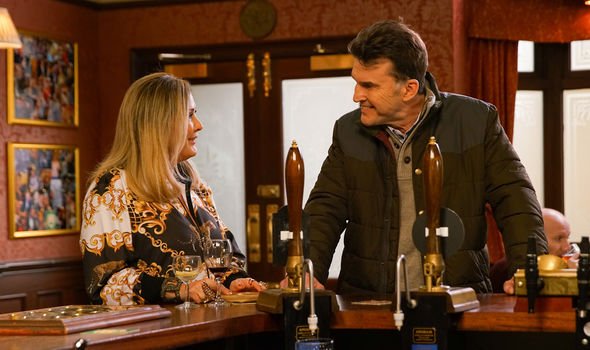 “He is a very charismatic guy, he’s got a bit of swagger and he is very confident,” he continued.

“He’s quite popular with the ladies, that much we will see pretty much straight away.”

Coronation Street boss Iain Macleod revealed last year that Liz’s exit will be “devastating” and will leave her loved ones heartbroken.

However, the soap boss confirmed that although the barmaid is “going out with a bang”, she isn’t being killed off.

Could her exit be linked to a romance with Scott and his mysterious past with Johnny?

It’s obvious the pair share a dark history and fans have begun to speculate the pair are bonded together through Johnny’s first wife.

Louisa Connor was killed in a tragic car accident off-screen in 1993 and viewers suspect Scott as behind the wheel.

After discovering her husband had had a one night stand with the mother of Carla Connor (Alison King), Louisa ran into the road and into the path of an oncoming car.

With Johnny’s uncomfortable reaction to Scott in mind, viewers are convinced he had something to do with Louisa’s death.

Someone else replied: “Deffo agree with the theory that he ran Johnny’s wife Louisa over…”