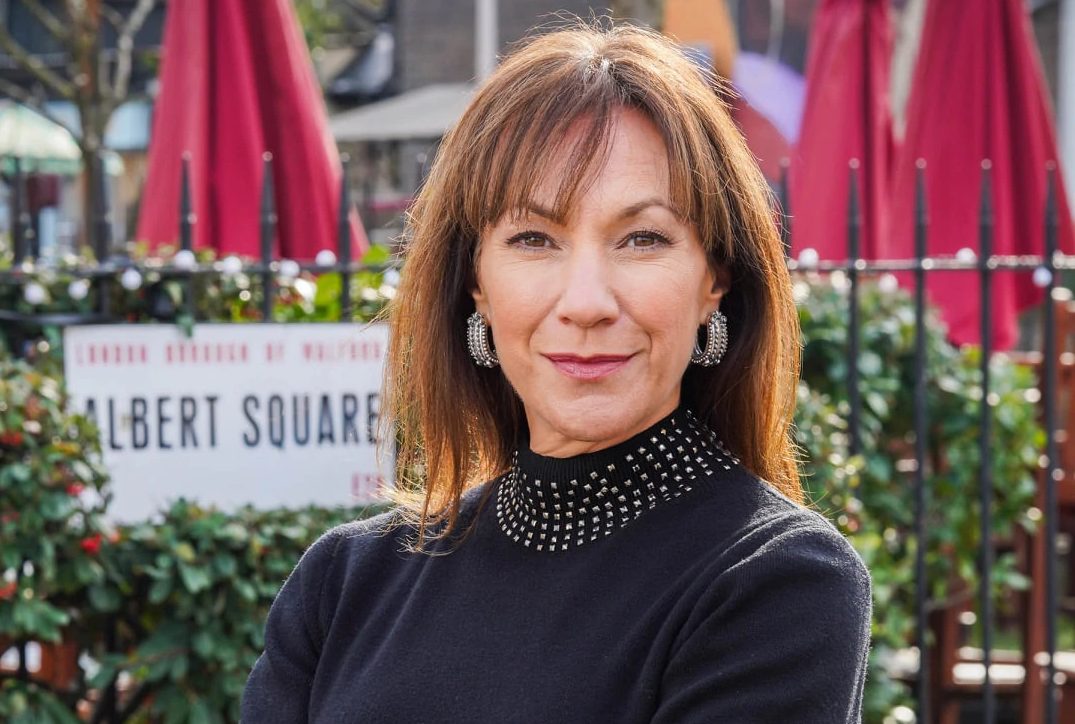 EastEnders has confirmed another exit from the show as Tanya Franks has filmed her final scenes.

Viewers saw Rainie Highway make the decision to leave for a new life with baby Roland after her marriage to struggling Stuart (Ricky Champ) broke down.

Suffering from post-natal depression, Stuart ended things with Rainie after Bernie (Clair Norris) made it clear she didn’t want to hand baby Roland over to them while Stuart was in this state.

Knowing how much Rainie has always dreamed of being a mother, Stuart knew this was the way forward he wanted to take.

Viewers had been unsure if Rainie will be back but there are currently no plans for the character to return.

A source told Metro.co.uk that Rainie has been written out for storyline purposes but didn’t rule out a return in the future.

‘Rainie has always been a character that has come and gone in the show for stints and the story naturally reached a point where the character had an ending of sorts.’

The departure is a part of new boss Chris Clenshaw’s storyline based cast changes within the show as a dramatic summer is promised.

The emotionally charged scenes may have ended things for popular couple ‘Stainie’ but with Ricky still filming, there is no reason to think we won’t see her again.

Metro.co.uk understands that Stuart’s final scenes won’t play out until the end of the year.

As the nature of Rainie’s character is that she can come and go as the storyline dictates, could she come back for the final chapter of Stuart’s story?

A spokesperson for EastEnders said to us: ‘We wish Tanya all the very best for the future.’

Rainie and Stuart are two of several characters being written out of the show.

Peter Beale and Dana Monroe will leave this summer, while there is also a goodbye in store for Jada Lennox.

And a tragic storyline will play out over coming months for Lola Pearce, as it has been confirmed that she will die from a brain tumour.

Additionally, Nancy Carter’s final scenes aired earlier in the month and Danny Dyer is expected to leave in an ‘explosive’ Christmas storyline.

Conversely, a new family for Mitch Baker has been cast and will make their first appearance next week while Mo Harris is making a return for a stint as part of a story for the Slaters.