The wayward son of Bianca Jackson and Ricky Butcher arrived out of the blue, with actor Alfie Deegan taking over from James Forde, who played Liam for his most recent return to the Square between 2008 and 2015. 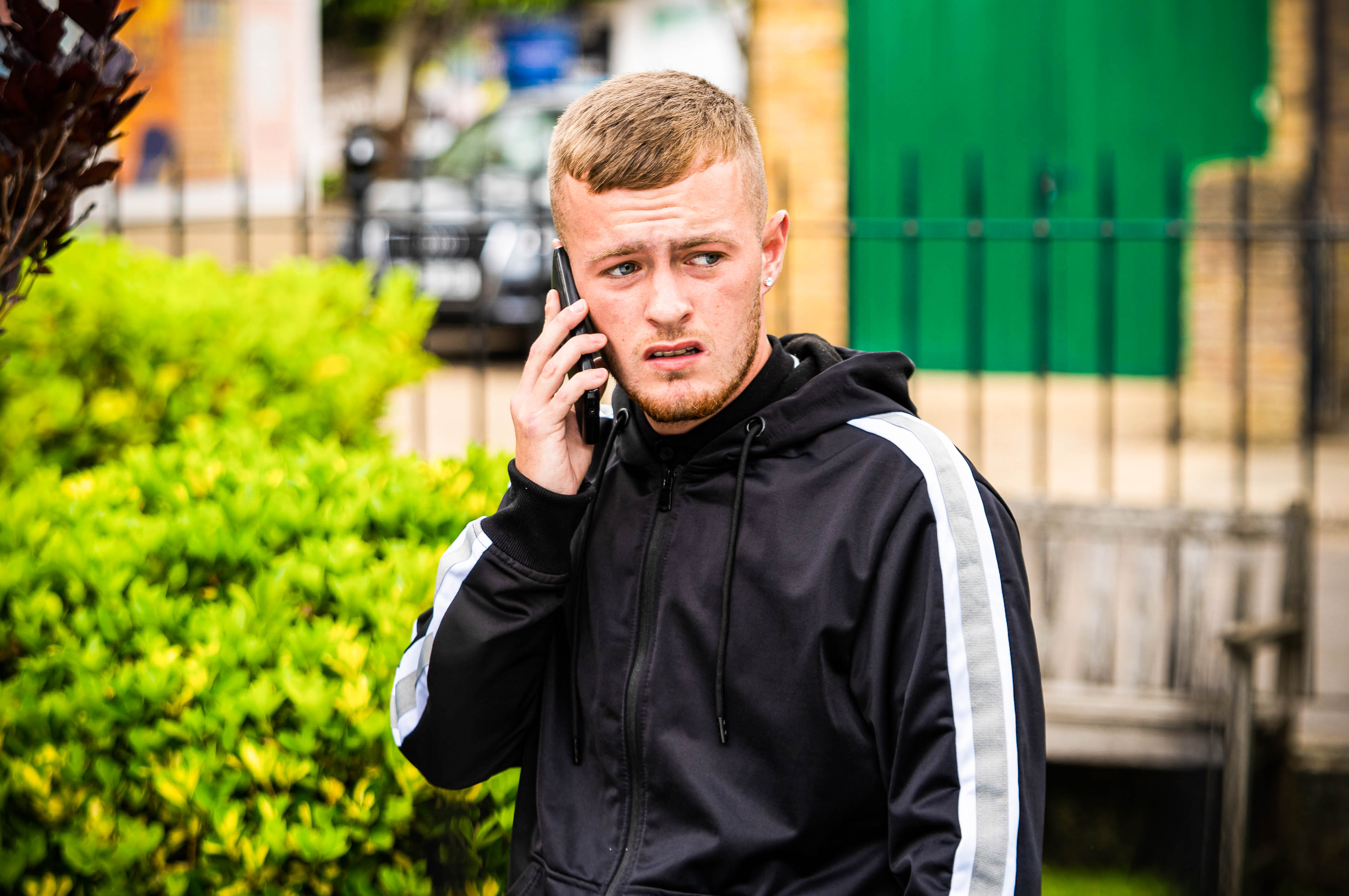 Tonight, Liam surprised Tiffany and Whitney at Ruby’s, where they were enjoying a few drinks, and revealed that he’s been working in Germany as a mechanic.

He was aghast when Tiffany broke the news that Keegan had cheated on her with Dotty Cotton.

Meanwhile, Keegan spoke to Mitch and Karen, who persuaded him not to let his marriage go down the pan without a fight.

But when Keegan knocked on Tiff’s door later, Liam was quick to slam the door in his face.

However, it soon became clear that not all was as it seems when Liam received an ominous call.

“You’ve got to give me time, I’ve only just got here. You’ll get money, I promise,” he said to the mystery caller.

Next week, EastEnders bosses have revealed that Liam will eye up The Arches to make some money.

His plan, however, is far from plain sailing.

Keegan quickly grows suspicious of Liam, but will he rumble the newcomer’s dodgy plan?

Liam was last seen on screen in 2015 as he fled Walford with Cindy Beale after the pair found themselves at the centre of Lucy’s murder investigation.

Viewers will remember that Cindy put her baby girl, Beth, up for adoption but reacted badly when Ian and Jane revealed they wanted to adopt the newborn.

Cindy threatened to tell the police that Bobby killed Lucy if they proceeded with the adoption.

After trying and failing to bribe the Beale’s out of a huge sum of money, Liam, Cindy and Beth jetted off to Germany where they have built a life together.

He was longlisted as one of BIFA’s 10 Most Promising Newcomers.

Alfie is also set to appear in the upcoming feature film, Silver Haze.

Fans quickly reacted on Twitter to seeing Liam back on Albert Square.

One fan wrote: "No at the moment I can’t get my head around the new Liam butcher Tiffany’s brother."

Another added: "Why does Liam look a lot younger then the last one."

And a third commented: "LIAM IS BACK??? OMG"