Nancy (played by Maddy Hill) has been acting shifty ever since she returned to EastEnders earlier this month, much to the surprise of her mother Linda Carter (Kellie Bright) and Mick Carter (Danny Dyer). During Tuesday’s episode of the BBC soap, her sister Frankie Lewis (Rose Ayling-Ellis) discovered her sibling was making secret trips to the hospital and informed the owners of the Queen Vic. Next week, the concerned parents will step up their approach to find out what’s wrong with their daughter but as they use unconventional means to do so, will they push her away at the time she needs them most?

The drama kicks off in the aftermath of Mick and Linda learning what Nancy has been hiding from them since she made her unexpected return.

Mother-of-four Linda can’t get her head around what her daughter has told her, which leads to a tense atmosphere between the pair.

Mick does his best to defuse the situation but it’s not long before Frankie spots her sister heading to the hospital again.

Not wanting his wife to make things any worse, he advises her to take a backseat but he also tells Nancy to cut her mother some slack.

Deeply worried about her child’s health, Linda bypasses everyone and makes a call to the doctor pretending to be her daughter. 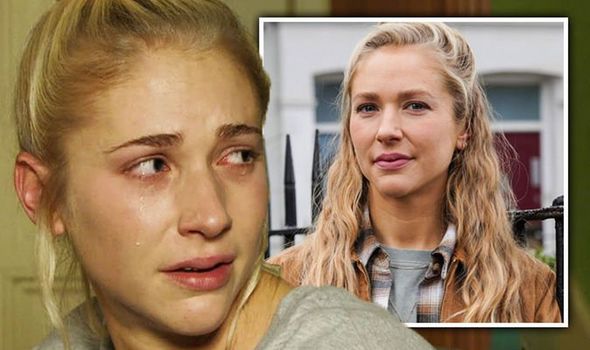 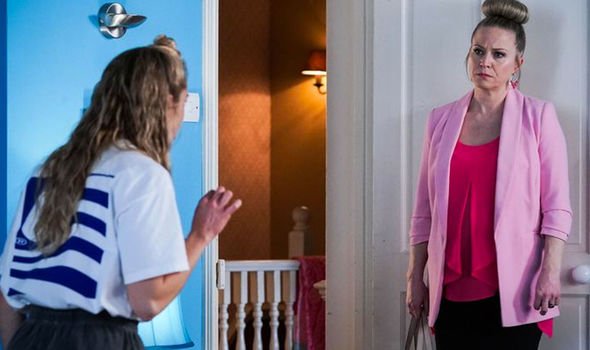 Whilst Linda commits fraud, Nancy gets stuck into helping with the grand reopening of the Walford gym and owner Sharon Watts (Letitia Dean) couldn’t be happier.

Frankie arrives at the venue to apologise to her sister for interfering and the two siblings seem to be getting on better by the end of the conversation.

As the pair bury the hatchet, Linda has embeds herself into her daughter’s medical problems as she arrives at a clinic ready to speak with someone.

However, at the moment, she comes over faint and the doctor agrees to give her the once over to make sure everything is okay. 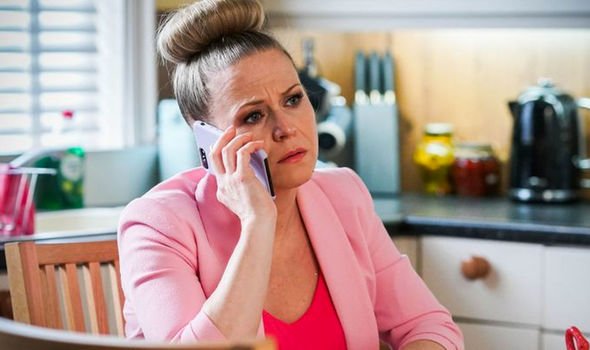 Better not kill her off

Linda admits she thinks she could be pregnant and later heads home to confront her family about assuming Nancy’s identity.

The latter is fuming with her mother for interfering and it’s not long before the pair are having a heated argument.

As the week plays out, the tensions won’t get any easier and this could lead the young Carter woman to leave the family home.

With nowhere else to go, she could disappear from Walford completely to get as far away from her mother as possible. 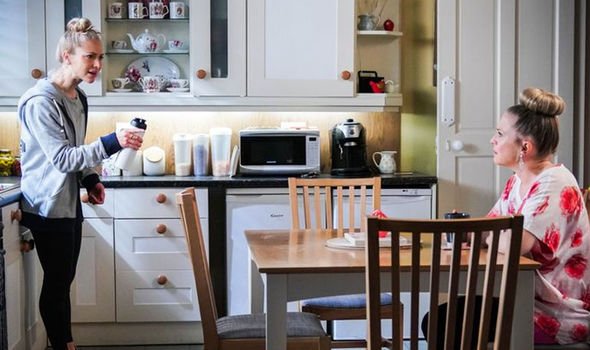 The reason she might not want her parents to dig any deeper is that Nancy knows she is dying and doesn’t want her family to worry.

With no cure for what’s wrong with her, the young woman could be using alternative treatments to help her get through the pain.

Disappearing won’t help matters as it will only make her parents worry more about her and where she could be living.

Will it be too late to tell them if she has second thoughts as the beloved character passes away without bidding her loved ones a proper goodbye?

This could be why she has decided to divorce Tamwar Masood (Hamish Patel) as she doesn’t want him caring for her as she’s dying.

Taking to Twitter, viewers have been sharing their concerns for the character as one wrote: “They better not bring Nancy back to kill her off! #EastEnders.”

Another posted: “Why is Linda overreacting about everything to do with Nancy? #EastEnders,” whilst a third commented: “#EastEnders Nancy must be regretting coming back already.”

“Nancy is pregnant or her secret is illness-related #EastEnders,” a fourth opined as they theorised what Nancy could be hiding.

Speaking of her return to the show, the actress who plays Nancy, Maddy, said: “I’m so excited to be coming back and reconnecting with all the hilarious, warm, talented cast and crew and meeting some lovely new faces.

“I absolutely loved playing Nancy and have often wondered what she’s up to, so feel very grateful to be able to rediscover her five years on.”

Executive producer Jon Sen teased a big secret as he explained: “We’re delighted to have Maddy back and I can’t wait for audiences to see what’s in store for Nancy.

“There’s a lot of mystery surrounding her return and she’s coming back to a family that have been through a very difficult year – things are definitely not as Nancy left them. Maddy is a fantastic actor and we feel very lucky to have her back in Walford.”

EastEnders continues Thursday at 7:40pm on BBC One.