Stacey Slater (played by Lacey Turner) will once again find herself at the centre of a Panesar storm after Eve Unwin (Heather Peace) reveals her kiss with Suki (Balvinder Sopal). After a tumultuous time for the family, an Express.co.uk theory looks into whether the situation will become critical for Suki and her time on Albert Square.

EastEnders spoilers show Suki is in for yet another challenging week in Walford and it’s not due to the impending reunion with her husband Nish (Navin Chowdhry) after his time in prison.

A tense time for the Panesars begins on the BBC soap as Ravi Gupta (Aaron Thiara) bumps into Nina (Hersha Verity) who is still suspicious about Ranveer’s (Anil Goutam) death.

Eve then meets up with Stacey and spills the beans on her kiss and close relationship with Suki.

Stacey agrees with Eve’s concerns over Suki if it were to come out and promises not to tell anyone. 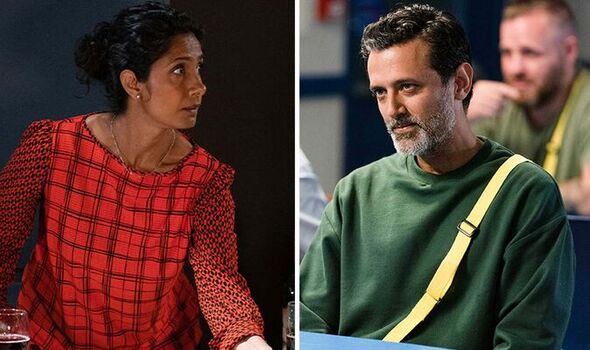 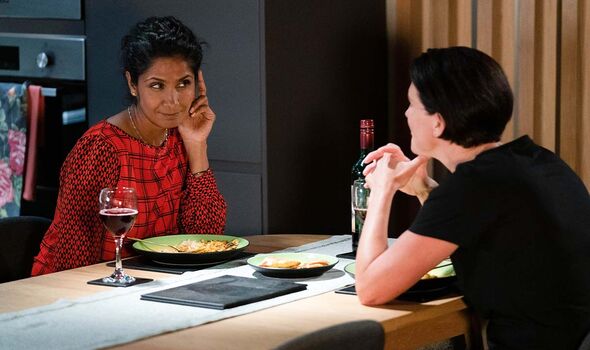 But, will Stacey’s vow to keep her relationship quiet last longer than the week?

Stacey immediately confronts Suki about Eve and insists she will expose their secret if Eve is harmed.

After their tense conversation, Suki meets Eve and due to her icier than usual manner, Eve is convinced Stacey has let the cat out of the bag.

Eve then approaches her ex-partner Stacey and is livid she has told Suki about their private conversation. 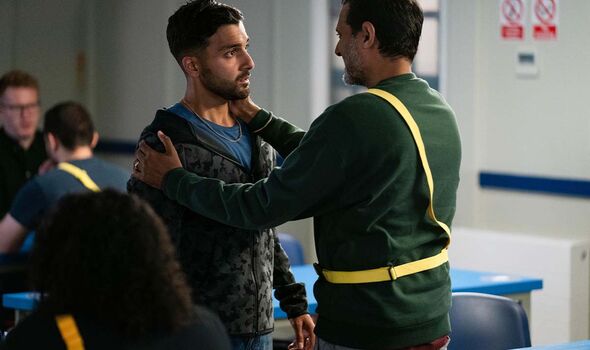 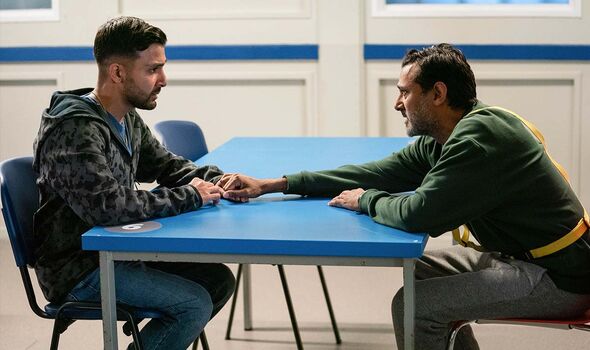 In her family home, Suki has to address issues with her son Vinny, who is demanding some information about his dad Nish.

Nish is still in prison and a stressed Suki suggests Vinny finds out about his father for himself.

Vinny decides to visit his father while in prison and the pair share some father-son bonding, much to the surprise of the younger Panesar.

Nish uses his time to reminisce about younger days and Vinny looks to find out more about the circumstances surrounding his father’s imprisonment.

The Panesar patriarch is completing a 20 year stint in jail for murder and is due to be released this November.

Suki has previously destroyed any attempts for Nish to keep in touch, so will Vinny’s interaction cause further strain on the Panesar matriarch?

Eve and Suki decide to have a romantic meal at the Panesar’s home in a move to have a relaxing evening.

However, a returning Vinny from meeting his father proves to destroy any plans for that.

As Eve and Suki chat, Vinny storms the family home during the meal and his mum panics.

Suki demands Eve hides away and she begrudgingly agrees while Vinny is there.

Will a paranoid Suki reveal the truth herself with her exaggerated actions?

Or, in true Walford tradition, will Stacey continue to break her promise she made and lift the lid to the Square on Eve’s relationship to Suki?

EastEnders airs Monday to Thursdays at 7.30pm, on BBC One and BBC iPlayer.