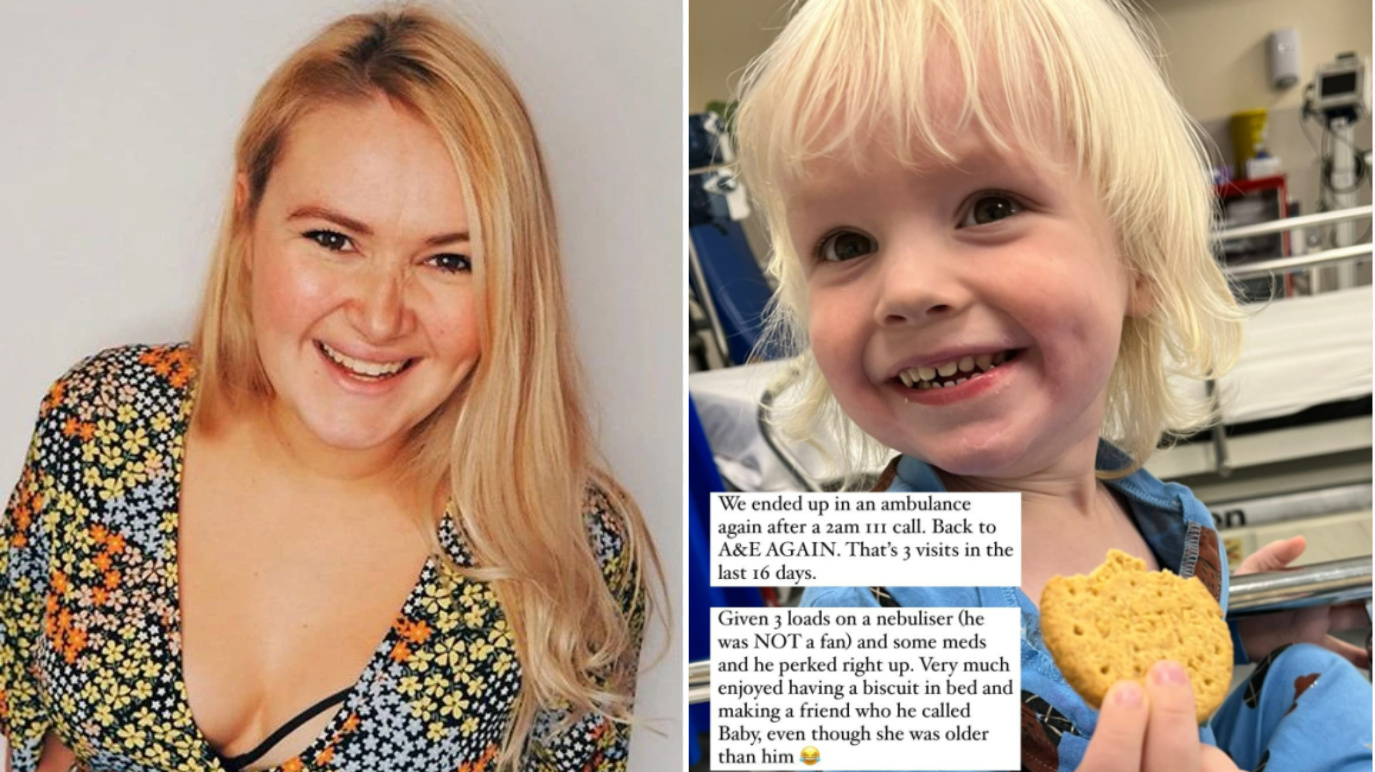 EastEnders star and influencer Melissa Suffield has revealed her young son has been in hospital for the third time in two weeks.

The blogger, known for her role as Lucy Beale in the BBC One soap, often documents her life as a mother to River, who was born in 2020.

Melissa also posts body-positive images and captions on her hugely popular Instagram, encouraging her followers to embrace their true selves.

Giving an update on her Instagram Story, Melissa revealed she was back in A&E with River – the third visit in ‘the last 16 days’.

Sharing a picture of River in hospital eating a biscuit (of course, the perfect medicine), she said: ‘Given 3 loads of nebuliser (he was NOT a fan) and some meds and he perked right up. Very much enjoyed having a biscuit in bed and making a friend who he called Baby, even though she was older than him.

‘Have been sent home with inhalers to wean from the various nebulisers and some more meds. Basically very pleased we went in as it’s absolutely where we needed to be. Always trust your instincts.

She added: ‘Just a nasty virus being nasty. Fingers crossed it passes quickly now, I am not up for a 4th visit next week, but more than anything just pleased he’s better now.’

Away from life as a parent, Melissa recently spoke about her reluctancy to join the subscription-only platform OnlyFans, which sees users gain access to content only by paying for it.

‘It’s just not for me, mainly because I don’t want to charge people for my content. I don’t want people to pay to learn confidence’, she told the Daily Star.

‘I don’t want to charge people who have actively said to me “your content helps me, and I needed this today”. That feels a bit gross to me anyways, to me, to my content.’

She added: ‘I might be dancing around in my underwear [on Instagram], but I’m trying to break this taboo that people say, “women in underwear is for sex only, it’s just sexy, that’s what it is, it’s pornographic, it’s just sex”.’

‘I’m trying very hard to be the complete opposite spectrum of that.’