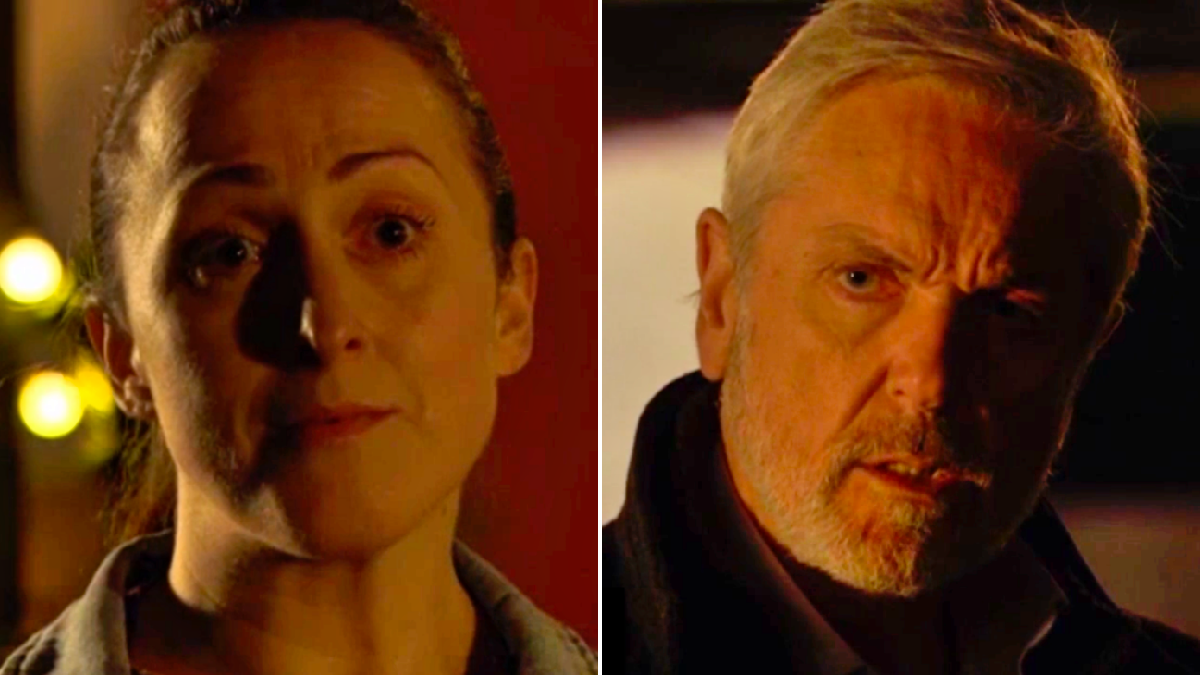 Following their somewhat awkward meeting earlier this week, Terry confirmed that he is, in fact, Sonia’s dad – informing her that he received the letter she’d sent during lockdown.

Sonia was taken aback, as she attempted to process everything.

Terry, meanwhile, proved a hit with several residents of the Square, such as Tiffany Butcher-Baker (Maisie Smith) and Jack Branning (Scott Maslen).

The resident comedian told stories of days gone by, leaving everyone laughing.

Sonia, however, failed to see the funny side, and wasn’t convinced that Terry would be able to make up for all those years he missed.

Therefore, she left the pub.

Terry, having seen her make her exit, followed her – wanting to know what was wrong.

Sonia, while acknowledging that it was she who set the wheels in motion by sending him the letter, revealed that she couldn’t have him in her life.

Explaining how she’d watched families say goodbye to their loved ones on a tablet during the first wave of the Covid-19 pandemic, she reiterated that ‘it feels wrong’ for Terry to think he can walk back in to her life after all this time.

Terry understood, and reminded her that Jack has his number should she ever want to get back in touch.

Have we seen the last of Terry?

EastEnders continues Friday May 21 at 8:05pm on BBC One.