DI Malone (played by Mark Womack) has caused nothing but trouble for Will Taylor (Dean Andrews) ever since he turned up in Emmerdale. The dodgy detective has been forcing the ex-con to carry out illegal deals for him but when Harriet Finch (Katherine Dow Blyton) suspected something was going on, she called up an old friend who just so happened to be Malone.

Before Harriet became the village vicar, she worked as an undercover cop, dating Will and investigating his gang-related business before submitting evidence that sent him to prison.

After serving his time, Will turned up in the village to get revenge on his ex-lover but the pair reconciled and Will’s been trying to turn his life around ever since.

However, when a gun he used for protection ended up in Cain Dingle’s (Jeff Hordley) hands, Malone turned up in the village and has been making the ex-con’s life hell.

In recent scenes, Harriet confronted Will about his suspicious behaviour as she admitted her concerns he had returned to his criminal past. 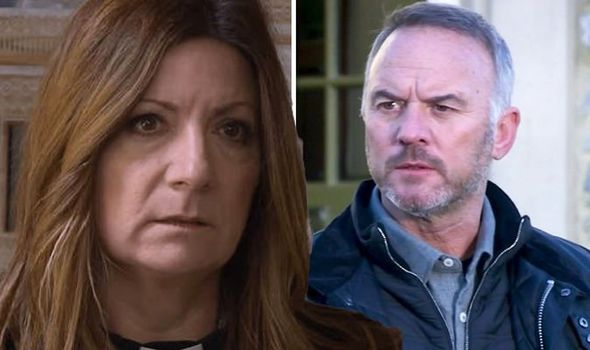 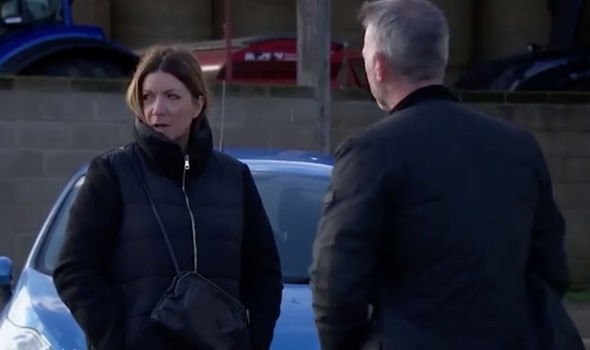 Harriet knew Malone from her time as an undercover cop and asked to meet to discuss Will but had no idea he’s behind her partner’s anxiety.

“Well I wasn’t expecting a call from you,” Malone remarked as the pair met up outside the village. “It’s a bit cloak and dagger meeting out here, isn’t it?”

“Yeah, I didn’t want Will seeing us,” she explained. “That gun you were looking for, connected to his old gang, any joy tracing it back to them?”

“What makes you ask?” Malone said before Harriet explained: “Just wondered if they were still operating, that’s all.” 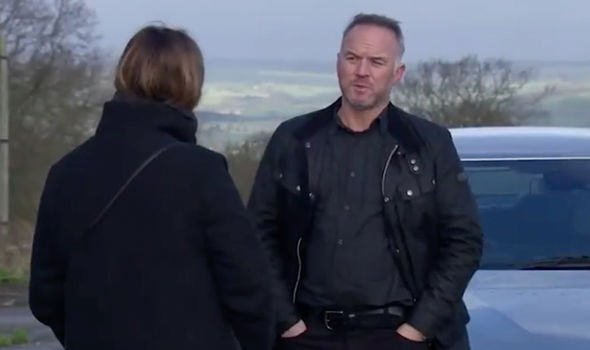 “Has he done something to suggest that they might be?” the dodgy cop asked.

Harriet denied Will had done anything but Malone pushed for a reason for her suspicions.

“Peace of mind,” Harriet answered. “We’ve got a child in the house now, I need to know he’s safe.”

“Well we’ve not had any leads on the weapon, as for the illegal imports if there was anything going on I think I’d know about it,” Malone assured.

“If you’ve got any concerns you come to me straight away, I’ll do anything to help you know that,” Malone quipped.

“What is it between you and him, an ex-con, I thought you had better taste,” he added before Harriet hit back: “You can’t help who you fall in love with.”

“We both know that the past doesn’t always stay buried Harriet. If you want me you know where I am,” Malone replied.

Emmerdale viewers saw sparks fly between the pair as one tweeted: “So were Harriet and Malone together? I need answers bruhh!!!#Emmerdale.”

“Is Harriet gonna end up running off with discount Cain Dingle, Malone? #Emmerdale,” another shared.

While a third said: “#Emmerdale so Harriet calls Malone about Will and they’ll end up rekindling an old affair.”

Harriet has a thing for bad-boys and briefly dated Cain as well as falling in love with ex-con Will.

Could she have had an affair with the dodgy detective and if so will she betray Will by reigniting a romance with Malone?