Escape to the Chateau’s Dick Strawbridge discusses the future

Dick Strawbridge, 61, and his wife Angel Adoree, 43, got married in 2015, very shortly after the pair moved to France to begin their new life living in a gothic castle. Escape to the Chateau viewers have seen the couple and their two young children carrying out work on the property to bring it back to life. However, when the stars of the show began renovating their home, Dick had to leave his spouse to look after their children as he had to work away to build up funds for the renovations.

The father-of-four often had to work abroad and left many of the administrative tasks down to his wife, as well as the childcare.

Dick explained of the sacrifices made to create their dream home: “The hardest part was that I had to go away so often for work to fund the renovations.

“But Angela is a doer, one with Duracell batteries. Even now she’ll be up at 4am before the kids wake up to send emails.”

Angel added: “I’m a real ambassador for surprising yourself at your capabilities because in certain situations you’ve just got to do it.

“You can’t be too scared, not in front of the children, because you don’t want to instil the worry in them,” she wrote in The Times last year. 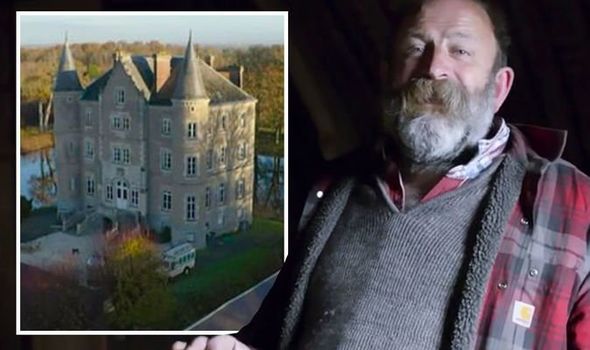 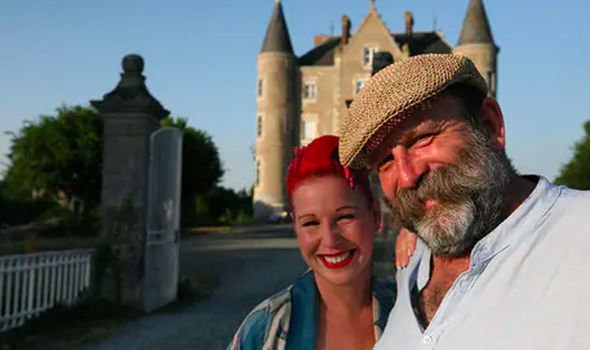 Despite being separated, the pair have gone on to create their dream home and now offer their expertise to their fans.

Last Thursday night, the couple were back on-screen for the second season of their spring-off series, Escape to the Chateau: Make Do and Mend.

After months of not appearing on television, viewers were pleased to see the pair getting back to it and shared their thoughts on social media.

One wrote on the social media platform: “It’s so good to see Dick and Angel on our screens again! Hope you enjoy! #EscapeToTheChateau.” 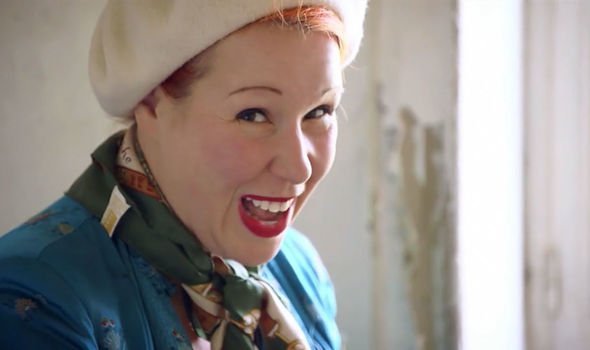 I had to go away so often

A second posted: “Enjoyed #escapetothechateau tonight @dickstrawbridge and Angel gave out some great ideas for the window, wardrobe and photos. Looking forward to seeing your finished pond, good to have you back.”

Whilst a third commented: “Oh gosh, tears and smiles, can we have #escapetothechateau every day, every week for our wellbeing?”

“Just had to explain that I don’t watch #escapetothechateau to find things I can do…I watch it to escape to a beautiful world…it’s fantasy TV, on all levels (and I love it),” a fourth declared.

“It’s so good to see a new episode of #EscapeToTheChateau @dickstrawbridge and @angeladoree it feels like reunited with family after Covid Smiling face with heart-shaped eyes,” a fifth stated. 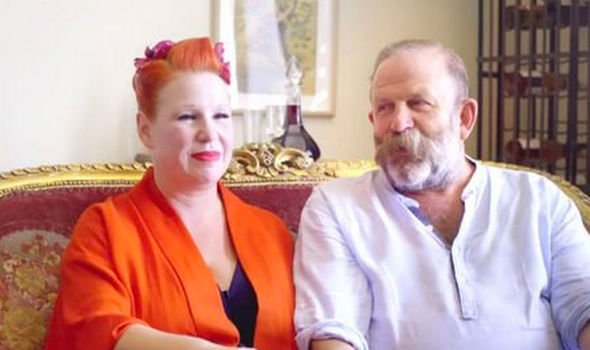 Even though they’ve enjoyed renovating their property, the couple are still in awe of moving to France to start their new life together.

The pair wrote on their official website: “It certainly seems like a lifetime ago that we picked up the keys to our very own French chateau.

“And we pinch ourselves every day, even on the days when we argue and have to clear up the flies we still smile.

“We feel very blessed that The Chateau is now teeming with life and activity, not only courtesy of our children Arthur and Dorothy, who simply love exploring their very own ‘castle’.”

The couple added: “But with guests have [also] been on the journey with us: those who have been inspired to ‘have a go’, and those who have simply enjoyed the fantasy from the safety of their armchairs!”

Yet, there are still rooms in the chateau the part are still to explore, even though they’ve lived there for six years.

Speaking on This Morning, Angel said: “There’s actually quite a lot [We haven’t seen]! And for us, there was no rush to go and look at everything.”

Dick added: “Hold on, there’s a room in the attic that Angela hasn’t been into yet!” to which his wife replied: “I really haven’t, because, I don’t know it’s just quite high up. I didn’t know for a long time it was actually there.”

Escape to the Chateau: Make Do and Mend airs Thursdays at 9pm on Channel 4.