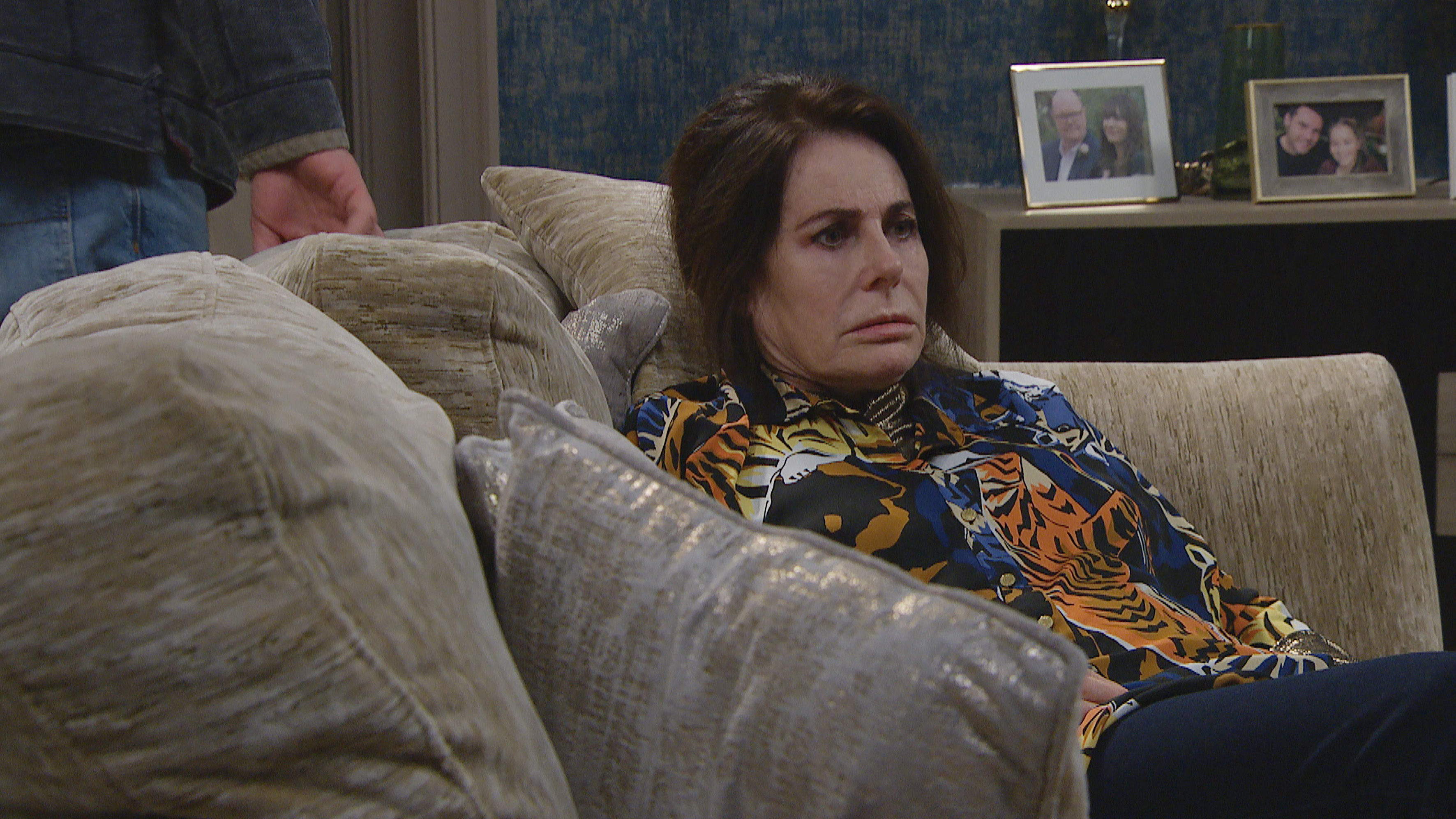 In coming episodes on Emmerdale we’ll see Faith (Sally Dexter) making the unbearably difficult decision to end her life before the cancer that’s already affecting her brain takes away her capacity to decide for herself.

It’s Faith’s way of maintaining control, as Sally Dexter explained. ‘Faith is and has always been a lover of life,’ she insists. ‘But to exist in mental torment and physical pain with absolutely no choice or control over that existence is simply unacceptable to her. She decides she would rather die.’

We’ve already seen Faith approach Moira (Natalie J. Robb), asking her daughter-in-law to be by her side when the moment comes.

‘She needs to speak to someone she loves and trusts, who won’t run round the village in hysterics telling everybody,’ Sally says. ‘She trusts Moira. As they talk, Faith realises this is the course of action she needs and wants to take.’

But there’s another reason that Faith wants Moira to be there, Sally explains, and it’s the simple human connection. ‘She’s scared, the thought of “going alone” is very frightening. To be able to have someone she cares about holding her hand would be the simple human comfort she would need to go in peace.’

Faith’s aim is ‘To calmly, with no fuss, relieve her family and herself of any further distress, pain or worry by taking matters into her own hands and speeding up her own death.’

Sally and the whole Emmerdale team were conscious of the need to tell this sensitive story as accurately as possible.

‘We all thought it a vitally important point of view for Emmerdale to air, ‘ Sally says. ‘At the outset of telling this story we agreed all sides of this debate needed to be heard and respected.

‘For the final part of Faith’s storyline we had advice from an organisation called Dignity in Dying. We were all in great awe of the work done by all organisations and charities used for this storyline.’