This month’s picks include films concerning the pain of war and the thrill of revenge. 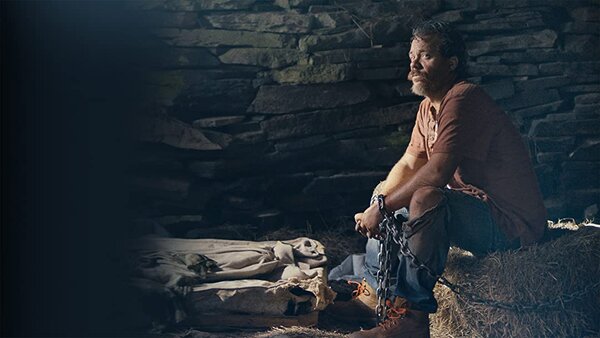 Stream it on Paramount+.

In the near-future, a far-right group known as the Volunteers have taken over America. They spend their days hunting and killing immigrants, queer people and people of color. Rebelling against them are a couple of outsiders — Sarah (Sarah Wharton) and her husband, Jarret (Jarret Kerr, the film’s co-writer) — who have stationed themselves on the Canadian border as an underground railroad for underrepresented groups to escape the country. In the film’s suspenseful opening, featuring kinetic camerawork and close-quarters gunplay, Sarah fights two Volunteers in the woods to save Arjay (Brandon Perea), a young gay Filipino man.

The major draw of the director William Sullivan’s dystopian and post-apocalyptic tale, however, isn’t wholly the frenetic action. It’s also the moral quandary caused by Sarah and Jarret, who are keeping a Volunteer named Gabe (Michael Raymond-James) chained to the floor of their barn as a prisoner. How can the pair despise how they are dehumanized when they treat Gabe like a dog? From a film in which the underrepresented are branded with bar codes emerges a fight not just for freedom but also a struggle for one’s principles amid unprincipled people.

Rent or buy on most major platforms.

Originally released in 1986, the Australian director Mario Andreacchio’s grindhouse film, “Fair Game,” gained renewed interest when the director Quentin Tarantino praised it in the documentary “Not Quite Hollywood.” It is now available digitally in North America through Dark Star Pictures.

In this delicious midnight offering, you can see a link between Peter Weir’s dystopian thriller “The Cars That Ate Paris” (1974) and Coralie Fargeat’s “Revenge” (2017) as a gang of ravenous kangaroo poachers descend upon an Outback wildlife sanctuary run by Jessica (Cassandra Delaney). What follows is a string of provocations by these malicious goons that peaks when they strap a naked Jessica to the hood of their car. Once she miraculously escapes, “Fair Game” quickly evolves from Jessica being the hunted to her hunting her harassers for vengeance.

The vibrant neon lighting, a vintage electronic score and a cheesy power ballad are the treats of this B movie. But it’s the climactic battle between Jessica and the gang, in which she uses wooden fence posts as javelins against moving cars, that’ll satiate your gory appetite.