HARRY Redknapp grins and flings his arms open in the first images of him filming on Albert Square. 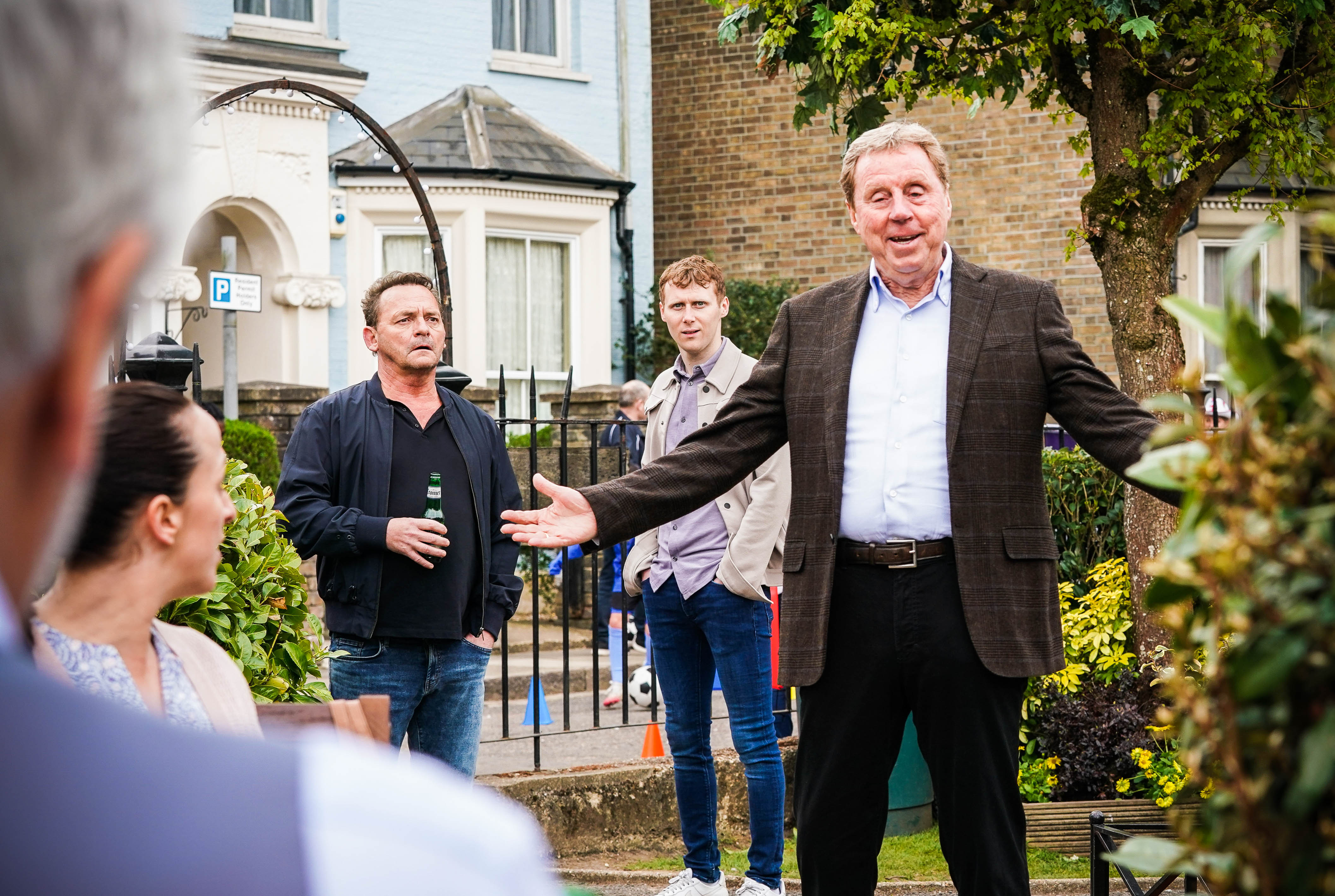 And East-Londoner Harry looked thrilled to be on the famous set.

His cameo, which comes after he urged the soap’s bosses to give him a role in a Sun on Sunday interview in January, will air on the show next month.

The former West Ham boss plays himself in a scene in which he visits “good friend” Rocky – causing a stir as the Walford residents are celebrating the Euros.

He will also be seen strolling into the Queen Vic pub to have a chat with Mick Carter, played by another real-life Hammers fan – Danny Dyer.

Thrilled Harry said on set: “I’ve watched it (EastEnders) so many times over the years, so to be here is just fantastic. 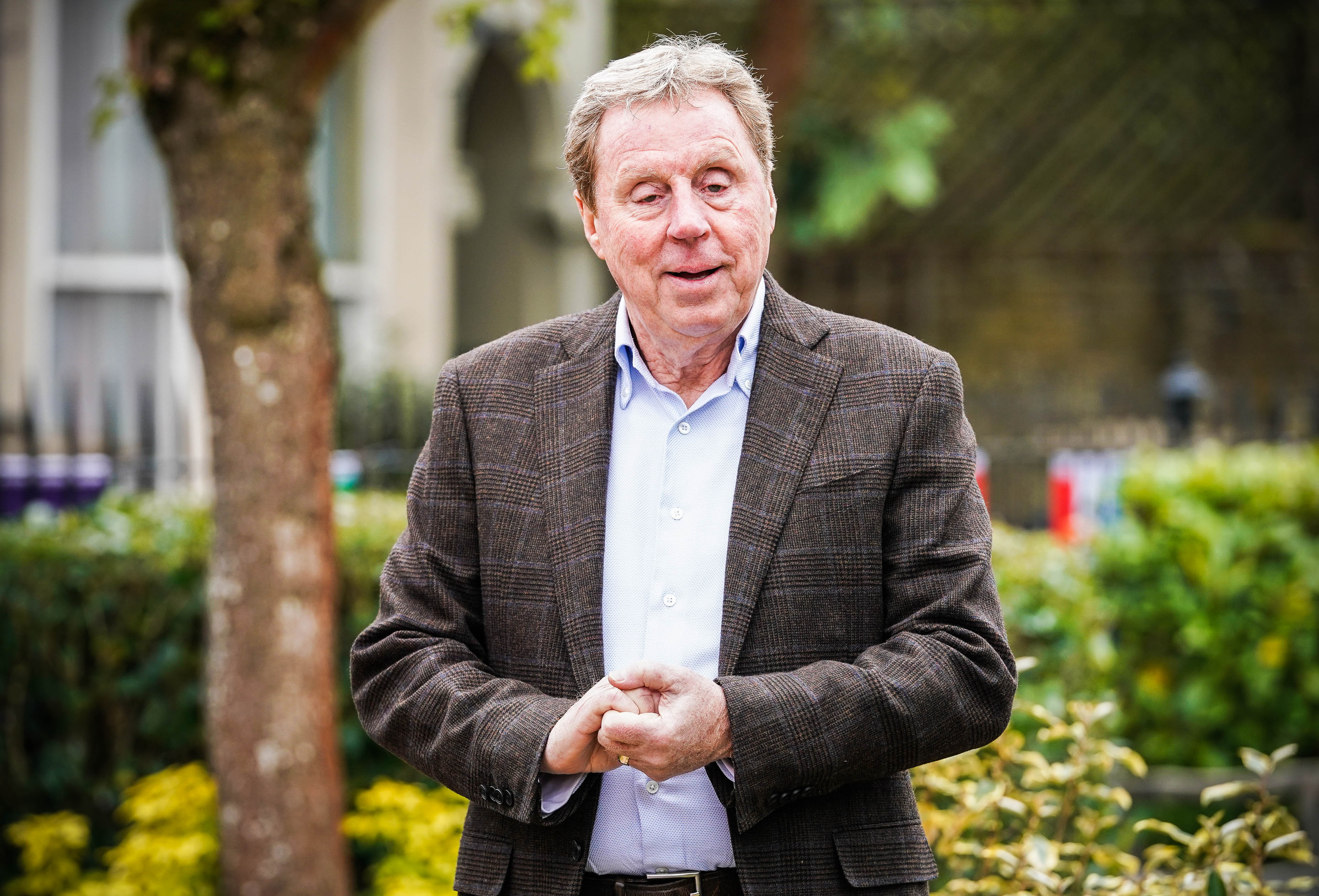 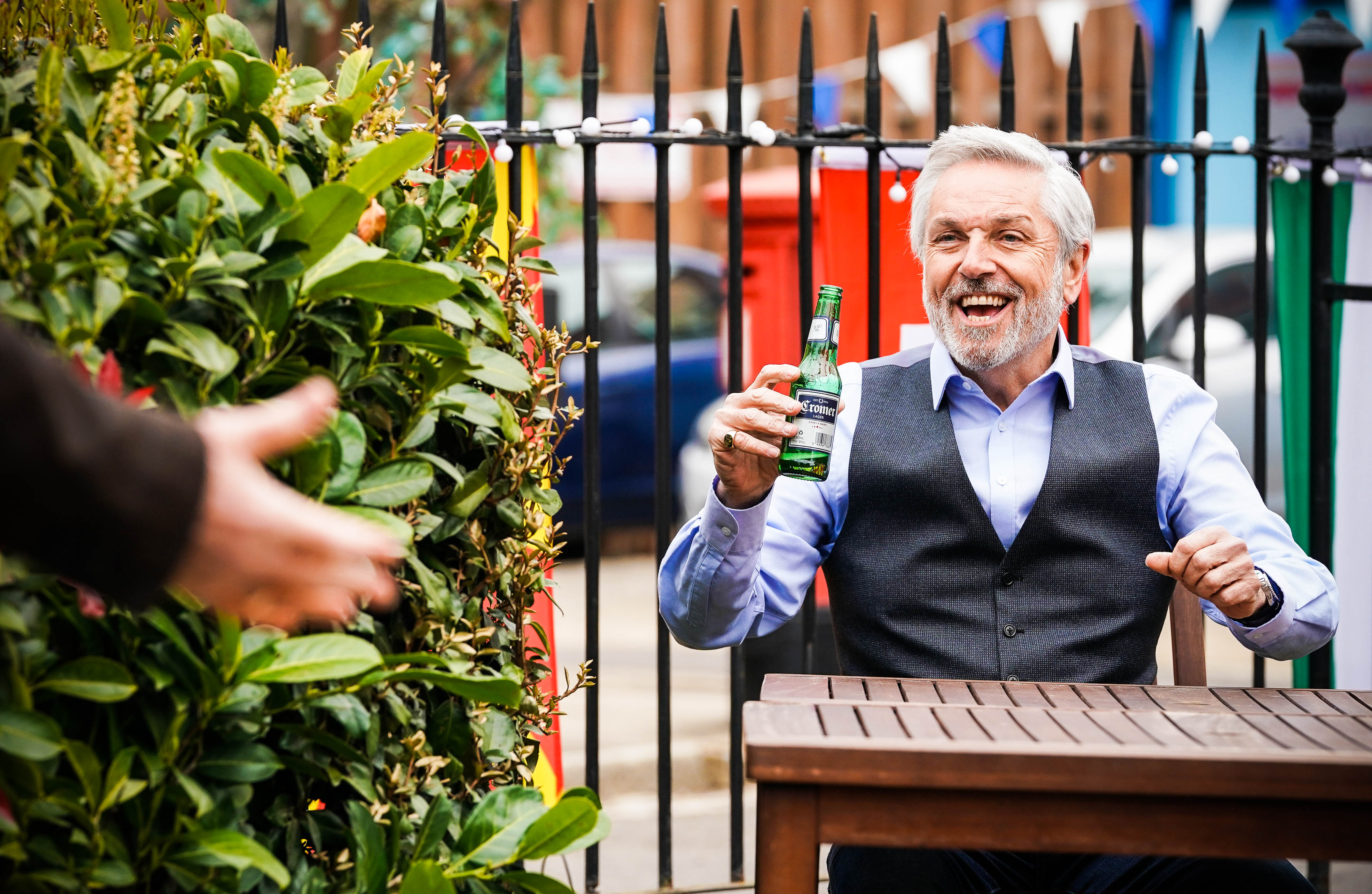 "I just thought I’d pop into the Vic for a pint.

“It’s amazing being here, as I say, watching the programme for so many years.

"And my missus don’t miss it. It’s her favourite.” 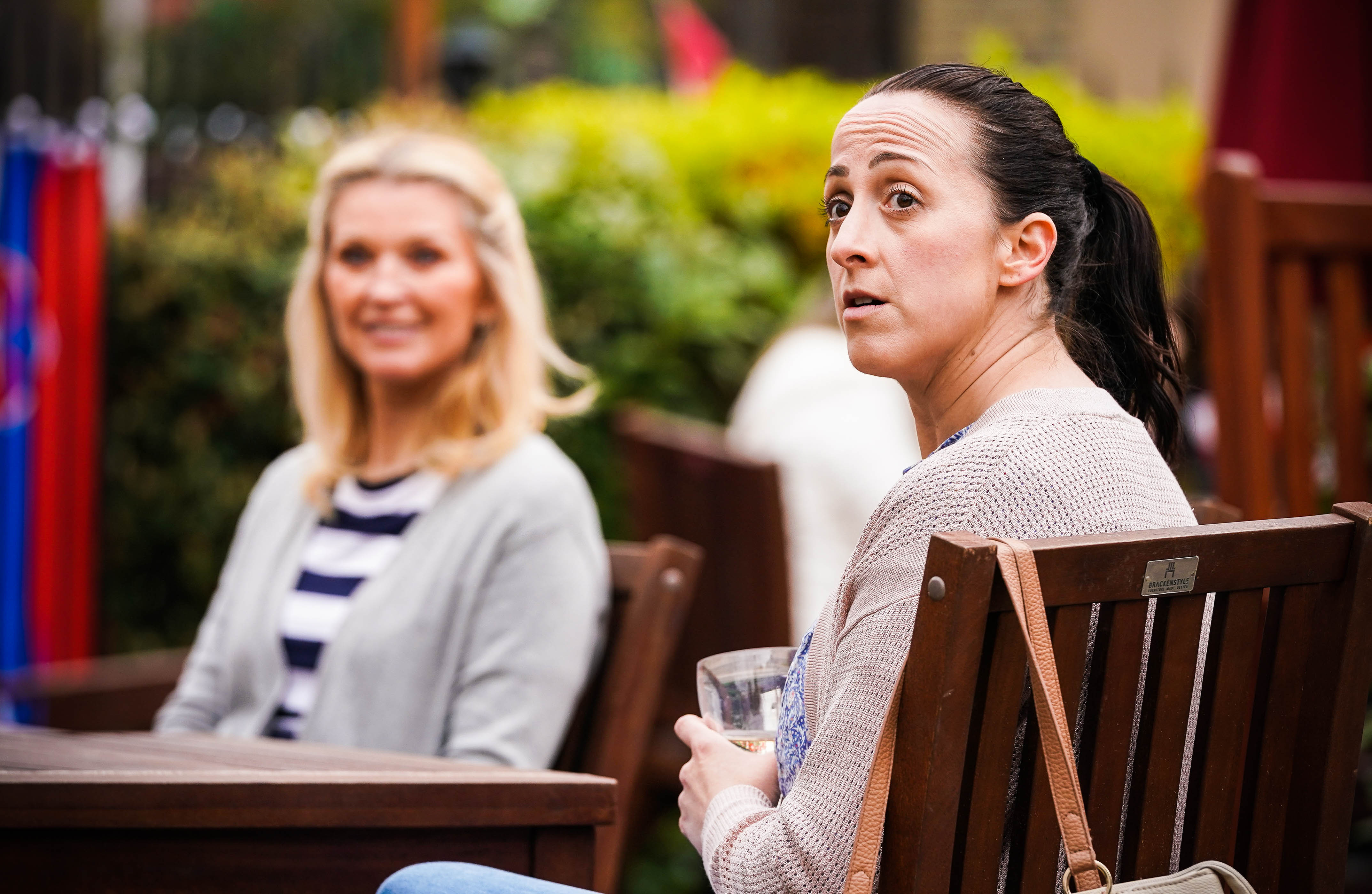