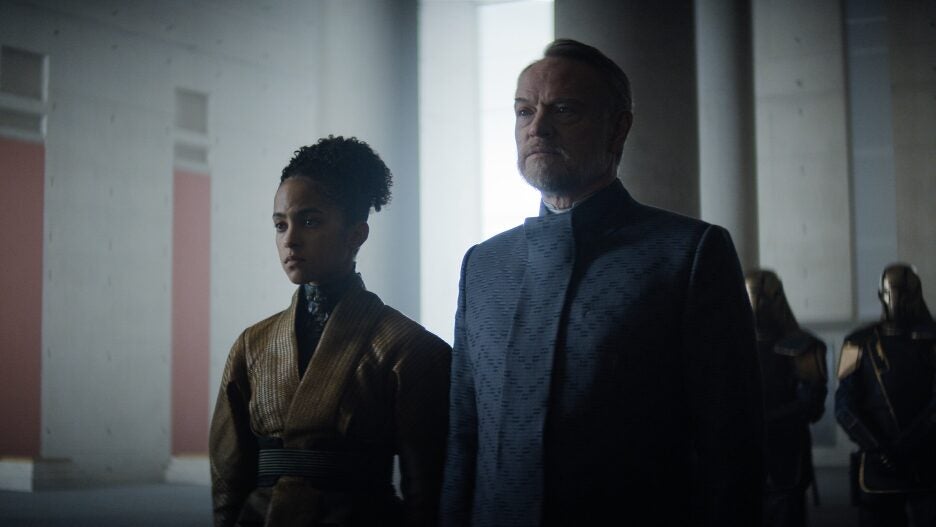 Apple TV+ has renewed “Foundation” for a second season.

The sci-fi series premiered on Sept. 24.

“Foundation” stars Jared Harris and Lee Pace in an adaption of Isaac Asimov’s sprawling anthology epic of the same name.

The TV series, which hails from creators David S. Goyer and Josh Friedman, chronicles the 1,000-year saga of The Foundation, a band of people exiled from the Galactic Empire who set about to shore up the galaxy’s collected knowledge and protect against its destruction.

Harris stars as Hari Seldon, a mathematics professor whose prediction of the Empire’s downfall puts him in danger. Pace, meanwhile, plays Brother Day, a clone of the galaxy’s first Emperor who protects his own sacred bloodline above all else. 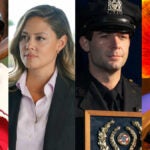 “We have been so excited to watch global audiences embrace the captivating, suspenseful and breathtaking thrill ride that is ‘Foundation,’” Matt Cherniss, head of programming for Apple TV+, said. “We know how long fans of these beloved Asimov stories have waited to see his iconic work brought to life as a visually spectacular event series and now we can’t wait to showcase even more of the richly layered world, compelling storytelling and stunning world-building in season two.”

“Since my childhood I’ve dreamed of how Hari Seldon and Eto Demerzel would look and sound — what Terminus and Trantor would feel like,” Goyer said. “Now, with season two, our audience will get to visit more of Asimov’s indelible characters and worlds, including Hober Mallow, General Bel Riose, and all the Outer Suns. I’m thrilled that a whole new generation of fans are reading Asimov’s brilliant masterwork. We’re playing the long game with ‘Foundation’ and I’m grateful to my partners at Apple and Skydancefor entrusting me with this epic. Buckle up. We’re about to fold some serious space.”

“David Goyer’s ‘Foundation’ has surpassed all my expectations by bringing my father’s philosophy and ideas to the screen in ways he could never do while staying true to his work,” Robyn Asimov, who serves as an executive producer on the series, added. “I know my father would have been proud to see his iconic story come to life through the show’s visual beauty and the layered characters, understanding full well his words would need this cinematic translation. My father was deeply indebted to his fans, to their loyalty and always hoped his work would pass through to following generations. The ‘Foundation’ series is fulfilling his wish (and mine) by introducing his work to a vast array of new readers. Given the cerebral nature of the ‘Foundation’ books, this series is a tour de force.”