The second season of Game of Thrones on HBO saw an almighty free-for-all for the Iron Throne following the death of Robert Baratheon (played by Mark Addy). His brother Stannis (Stephen Dillane) and Renly (Gethin Anthony) were both hellbent on taking their deceased sibling’s crown from the clutches of Joffrey Baratheon (Jack Gleeson). However, in their plans to cease power, Renly fell victim to a rather obvious blunder.

Renly’s quest for the throne was never going to be an easy one, even with the seemingly indestructible Brienne of Tarth (Gwendoline Christie) by his side.

He knew he’d need allies and did so by seeking the help of Robb Stark (Richard Madden) and his army in the north.

Unfortunately for Renly, his brother Stannis had sought help of his own and was backed up by the mysterious seductress Melisandre (Carice Van Houten).

Together, Stannis and Melisandre killed Renly using a Shadow which entered his chambers and impaled his chest. 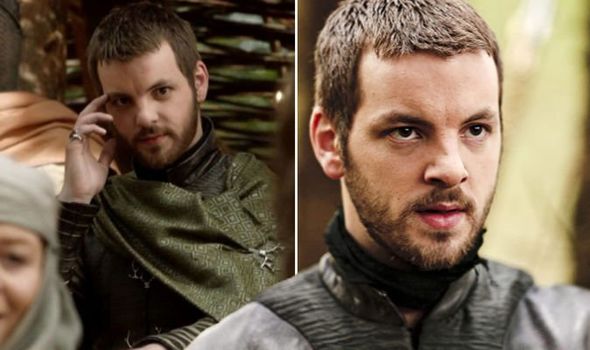 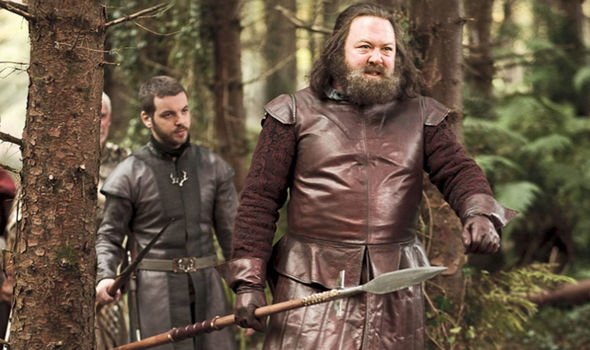 Renly’s death occurred in the fifth episode of season two of GOT just moments after he’d negotiated with Robb’s mother Caitlyn (Michelle Fairley) the terms of their agreement.

However, during their negotiations, the youngest Baratheon sibling committed a rather obvious blunder.

As pointed out by one eagle-eyed fan on online forum moviemistakes, they explain: “When Renly and Catelyn are negotiating the terms of Renly’s alliance with Robb, Renly calls Moat Cailin ‘Moat Caitlin.’

“As someone who served as Master of Laws on King Robert’s Small Council, he should know the correct name of the territory he is referring to.” 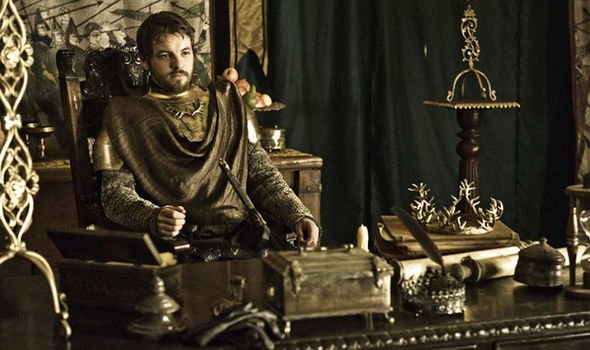 If Renly wasn’t even aware of the correct names of those involved in the running of King’s Landing, surely he wouldn’t have been deemed fit for the Iron Throne.

Could Caitlyn not have picked up on this error and questioned his capabilities?

If so, surely he casts doubt over the competence of Renly if he were to get into power.

However, Caitlyn appeared to bypass the error and asked Renly: “And in return for my son’s loyalty?”

Renly told her: “In the morning I’ll destroy my brother’s army.

“When that’s done, Baratheon and Stark will fight their common enemy together as they have done many times before.”

Caitlyn was clearly unnerved by the powers Stannis had at his disposal, however.

She pleaded: “Our two houses have always been close, which is why I am begging you to reconsider this battle.

“Negotiate a peace with your brother,” she added.

Renly sneered back: “Negotiate with Stannis? You heard him out there.

“I’d have better luck debating the wind. Please bring my terms to your son. I believe we are natural allies, I hope he feels the same.”

It was at this point that Renly’s lapse in memory over Moat Cailin’s name was rendered mute as he was killed by the Shadow.

Game of Thrones seasons 1-8 are available to stream on NOW TV.