GOOD Morning Britain viewers squirmed today as Richard Madeley and Susanna Reid had a very awkward interview with a family of nudists.

With nudism on the rise, the presenters wanted to find out why it's so appealing to bare all. 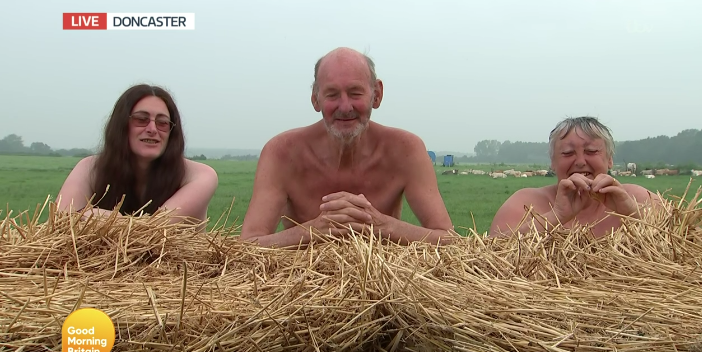 Speaking from a farm field in Doncaster, Carol and Colin Wood and their daughter Angie revealed why they preferred life in the buff.

Kneeling behind a hay bale to keep his bits covered, Colin said: "It's enjoyable, it's convenient, you're not struggling to change your clothes in a small tent, and people trust each other.

"I've had many ladies go with me in a Landrover across the field, there's a trust that isn't there in other societies." 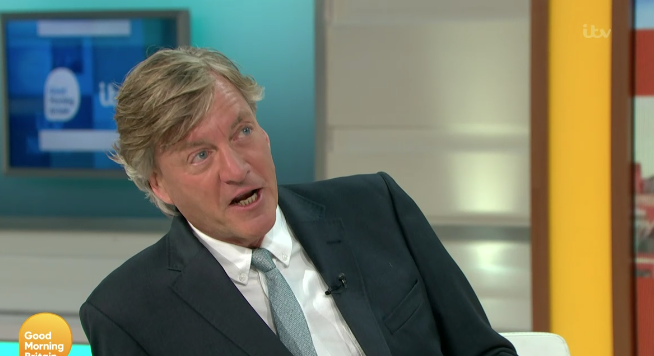 But viewers on Twitter found the chat forced and overly long.

One wrote: "That interview with the nudists was bad , the sun has definitely effected their ability to speak coherently!"

A third shared: "The most boring interview of the year. Please end it now. #nudists."

The family is holding its own nudism festival, Nudestock, and have no nerves whatsoever about meeting new people in the nude.

When Richard asked if they ever feel judged, Colin replied: "No, not at all, by the time you've taken to naturism you're happy with your body.

"The young people are frightened and keep covered up, and you get older and you're body goes out of shape you're not bothered anymore."

Angie introduced her parents to the lifestyle having enjoyed the freedom of being clothes-free as a youngster.

She believes people are more approachable and friendly when the barrier of clothes have been removed.