A week after Jesús (Juan Jesús Varela) announces his immigration dreams to his mother Magdalena (Mercedes Hernández) — a simple plan, consisting of alighting to Arizona with his best friend Rigo (Armando García), getting a job, and not much else — the young Mexican teenager is gone. Months later, the boys have yet to announce their arrival in the United States, nor have they returned to the landlocked state of Guanajuato. They, like so many before and likely after them, have simply gone missing, and in a country where such a tragedy is all too common, it falls on the people they’ve left behind to figure out what has happened to their beloved boys.

Fernanda Valadez’s feature directorial debut “Identifying Features” takes that seemingly tear-jerking concept — one beset by knotty bureaucratic issues, painful language barriers, and the sense of further danger around every bend — and turns it into an artfully made and unflinching rumination of life on the margins. Valadez’s story (co-written with the film’s editor Astrid Rondero) could easily have inspired a familiar tale of shattered lives against the backdrop of immigration issues and Mexican cartel violence. Instead, “Identifying Features” eschews the usual tropes. The result is a drama rooted in liminal explorations and unanswerable questions, as confounding as it is satisfying.

Magdalena’s quest to find Jesús takes on added urgency once Rigo’s mother Chuya (Laura Elena Ibarra) learns that her own son has been killed, care of a tense sequence in which she visits local authorities who can do nothing but offer her a binder filled with pictures of dead migrants, all in hopes that their loved ones might be able to identify their mangled bodies. Despite the inherent drama of such a sequence, Valadez resists cheap emotion at every turn, instead building a sensory experience that has more staying power than the kind of overwrought scenes a less assured filmmaker might fold in. The moment isn’t about horrifying revelations and large proclamations, but the steady flipping of pages filled with untold horror stories, until Chuya lands on the one that will change her life forever. 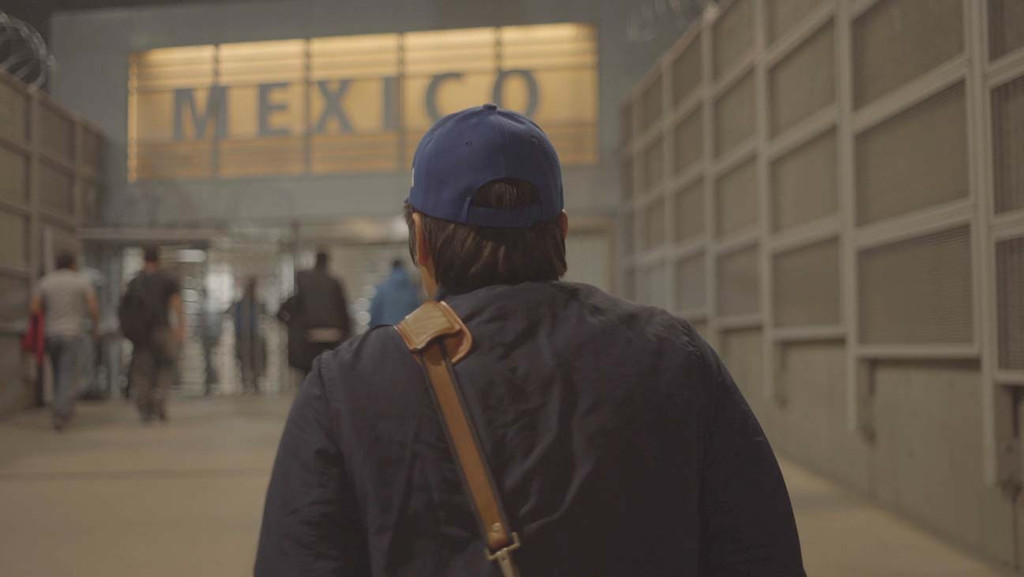 Terrified at what might have happened to Jesús, Magdalena embarks on a desperate search to track him down. But Chuya’s experience lingers, and as Magdalena’s quest unfolds, it brings her into contact with a number of people who are shouldering similar traumas. Somewhat awkwardly laced into the film’s first act is the story of another mother: Olivia (Ana Laura Rodríguez), who has been searching for her son for years. Olivia is, in many ways, a glimpse of Magdalena’s future, and it’s a lonely one indeed. “They keep finding shallow graves everywhere,” a health care worker blithely tells Magdalena as she offers up fluid samples for testing against the myriad dead bodies found every day; minutes later, Olivia is brought into a massive room filled with body bags to look at a corpse that might belong to her son.

While the trauma of a missing child makes for the film’s heart, its spine is something much more difficult to effectively put on film: the horrible waiting, the in-between times, the stretched moments when no news — good or bad — is available. Valadez and cinematographer Claudia Becerril Bulos ably telegraph such concepts through a series of long takes, wide shots that place their characters in the center of great, searching frames, wholly adrift. Even in these open shots, danger is never far off, and Valadez keeps up the tension while rarely resorting to cheap gags. If her characters are afraid, it is for good reason, and her filmmaking only bolsters that with its craft.

Elsewhere, “Identifying Features” locks on to a character experiencing the other side of Magdalena’s trauma: young Miguel (a riveting David Illescas), who has recently been deported from the states back to his native Mexico, and is forced to undergo his own serpentine journey back to a life he was so eager to leave behind. An extended take in which Miguel reenters Mexico, walking his way through corridors and passageways, cramped turnstiles and wide-open waiting rooms, is a stirring introduction to both Miguel and the filmmaking obsessions that drive Valadez. It’s immersive, tense, and wholly authentic, a body in beautiful, painful motion.

Eventually, Magdalena and Miguel cross paths, and the somewhat obvious nature of their budding bond — she’s trying to find her son, he’s hoping to reunite with his mother — is about as conventional as “Identifying Features” dares to get. Their twinned struggles result in further traumas, but it’s a testament to Valadez’s filmmaking and her stars’ careful performances that even bigger swings in the film’s final act — the possible appearance of a literal demon and a reunion that seems pulled out a less realistic screenplay — still feel earned and compelling. Magdalena is a woman driven by her need for answers, and while “Identifying Features” doesn’t provide all of them, it offers a rich window into the search for the truth.

Kino Lorber will release “Identifying Features” in virtual cinemas, including its own Kino Marquee, on Friday, January 22.