JOJO Siwa gave fans a peek inside her LA home during a Pride party where a guest had a "possible drug overdose".

The 18-year-old dancer lives in a stunning $3.7million mansion in Tarzana with six bedrooms, a huge pool and a basketball court. 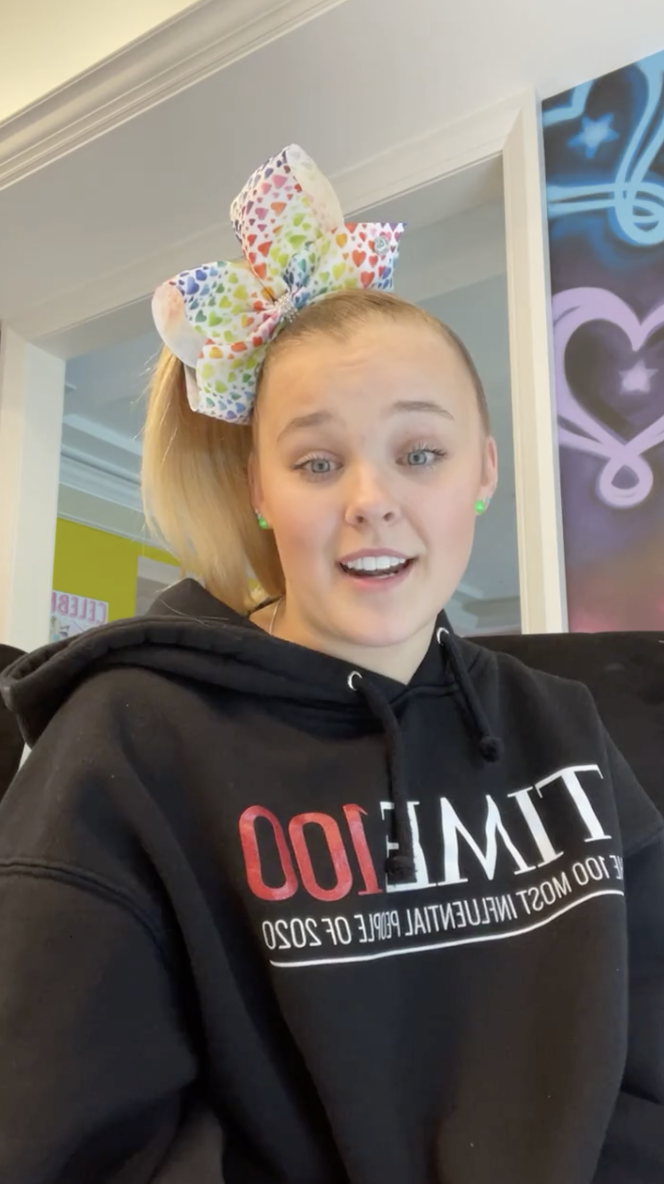 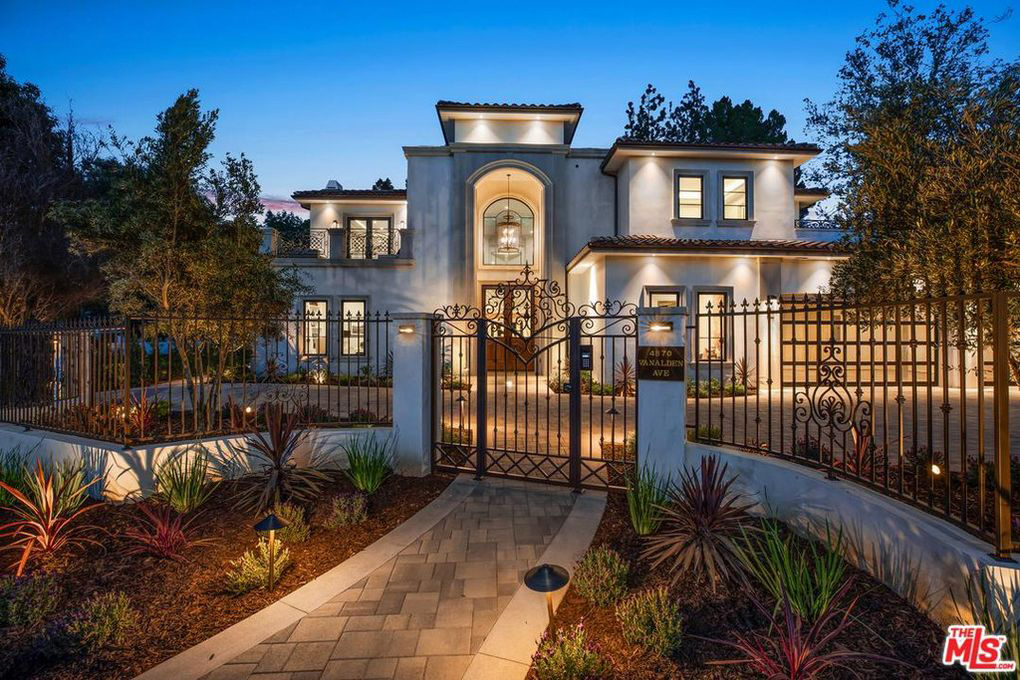 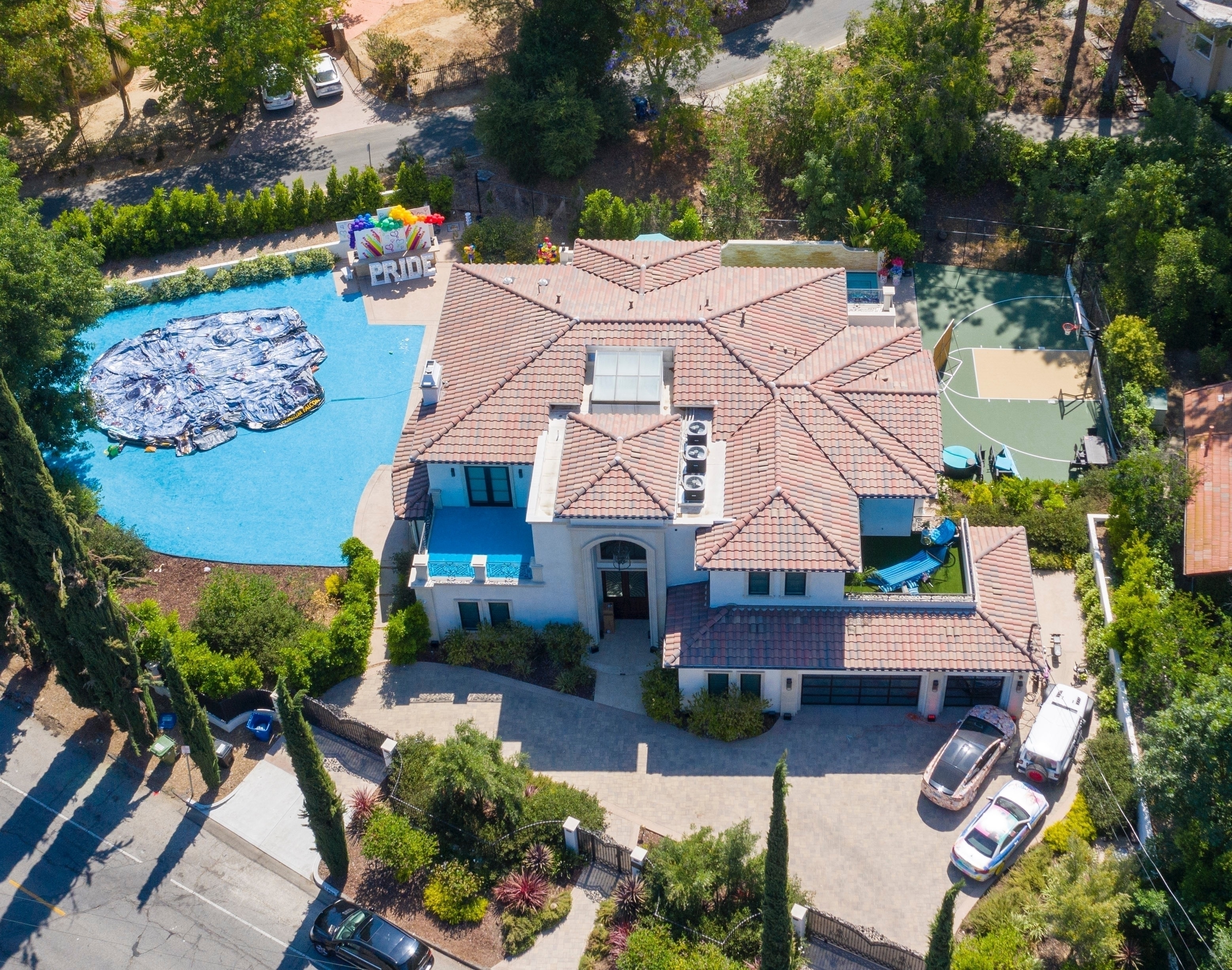 The seven-bathroom property boasts 6,500 square feet of living space and sits on half an acre of land.

The entrance features sleek white marble floors and a sweeping grand staircase that leads up to the bedrooms.

On the ground floor there's plenty of room for entertaining thanks to the huge open plan marble kitchen with two islands.

The living room boasts glass doors that open out onto the expansive yard, which was renovated to include a giant curved swimming pool. 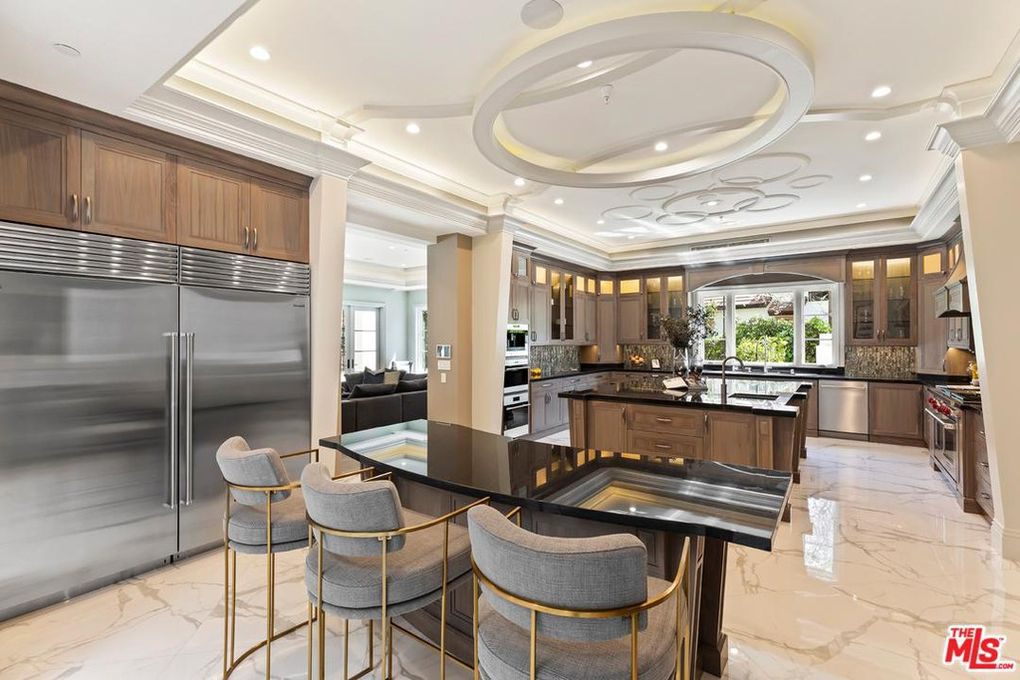 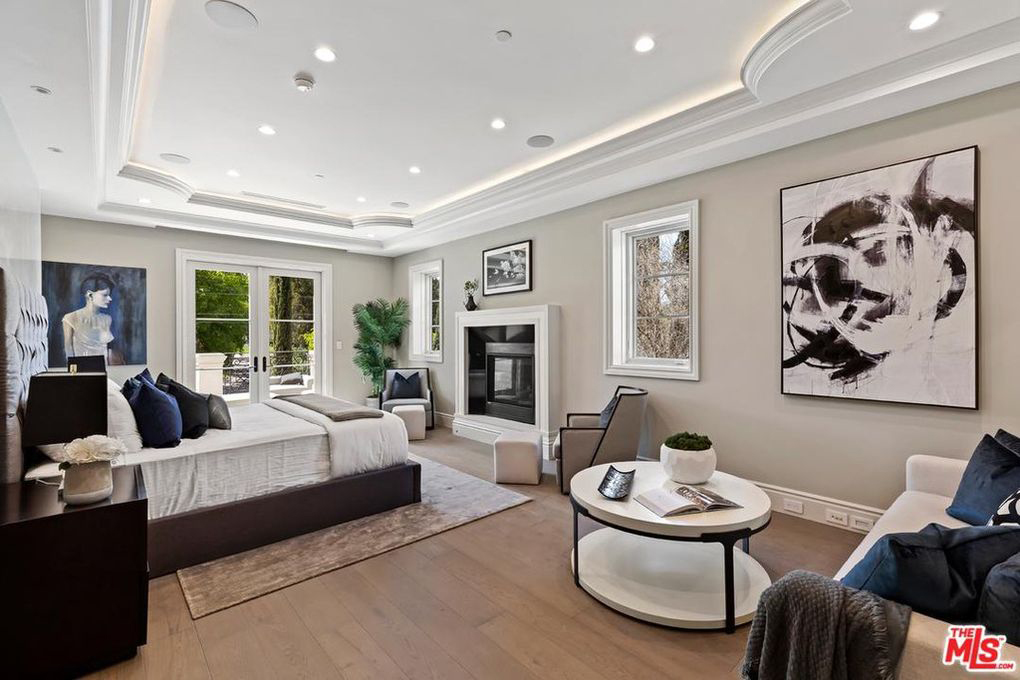 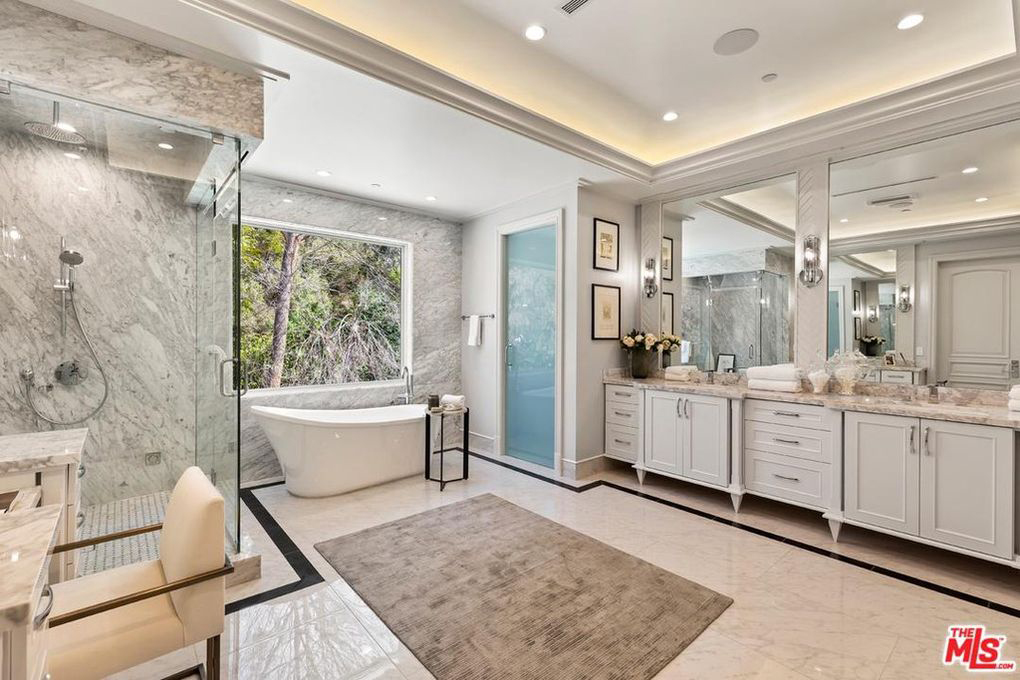 To on side is a basketball court that doubles up as a tennis court where JoJo – who recently came out as LGBTQ – and her pals can let off some steam.

Tropical planting around the edges of the property give a lush feel, while the gated entrance and tall trees provide privacy.

Upstairs, the master bedroom has a private patio with a seating area and there are several walk-in closets for the Nickelodeon star's signature colorful outfits.

JoJo hit the headlines earlier this week when she threw a party in honor of Pride month where a 30-year-old male guest ended up hospitalized. 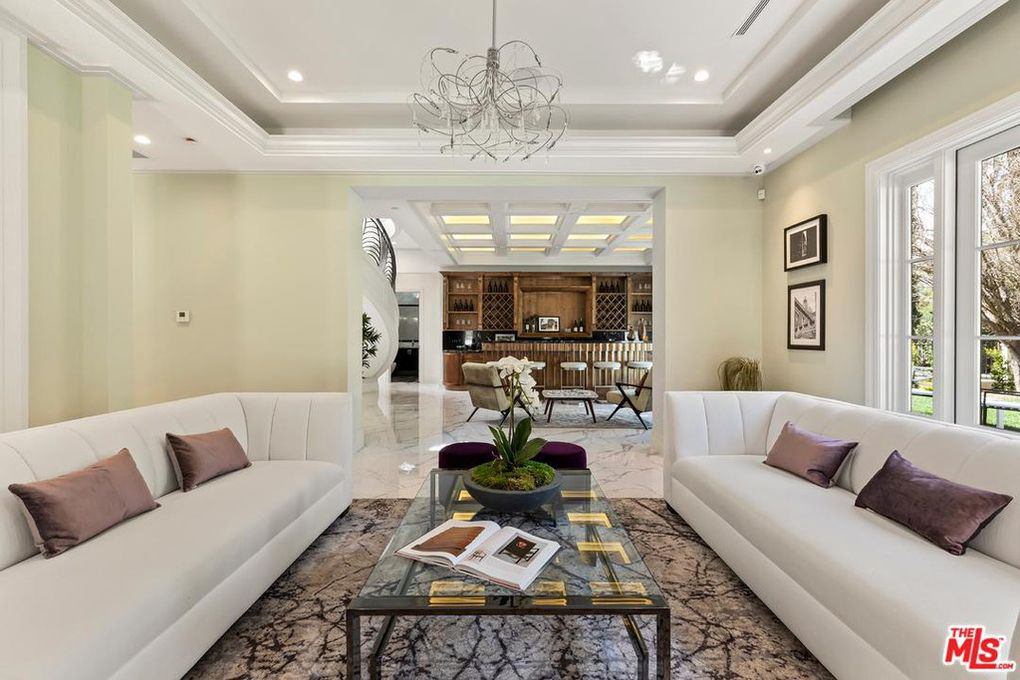 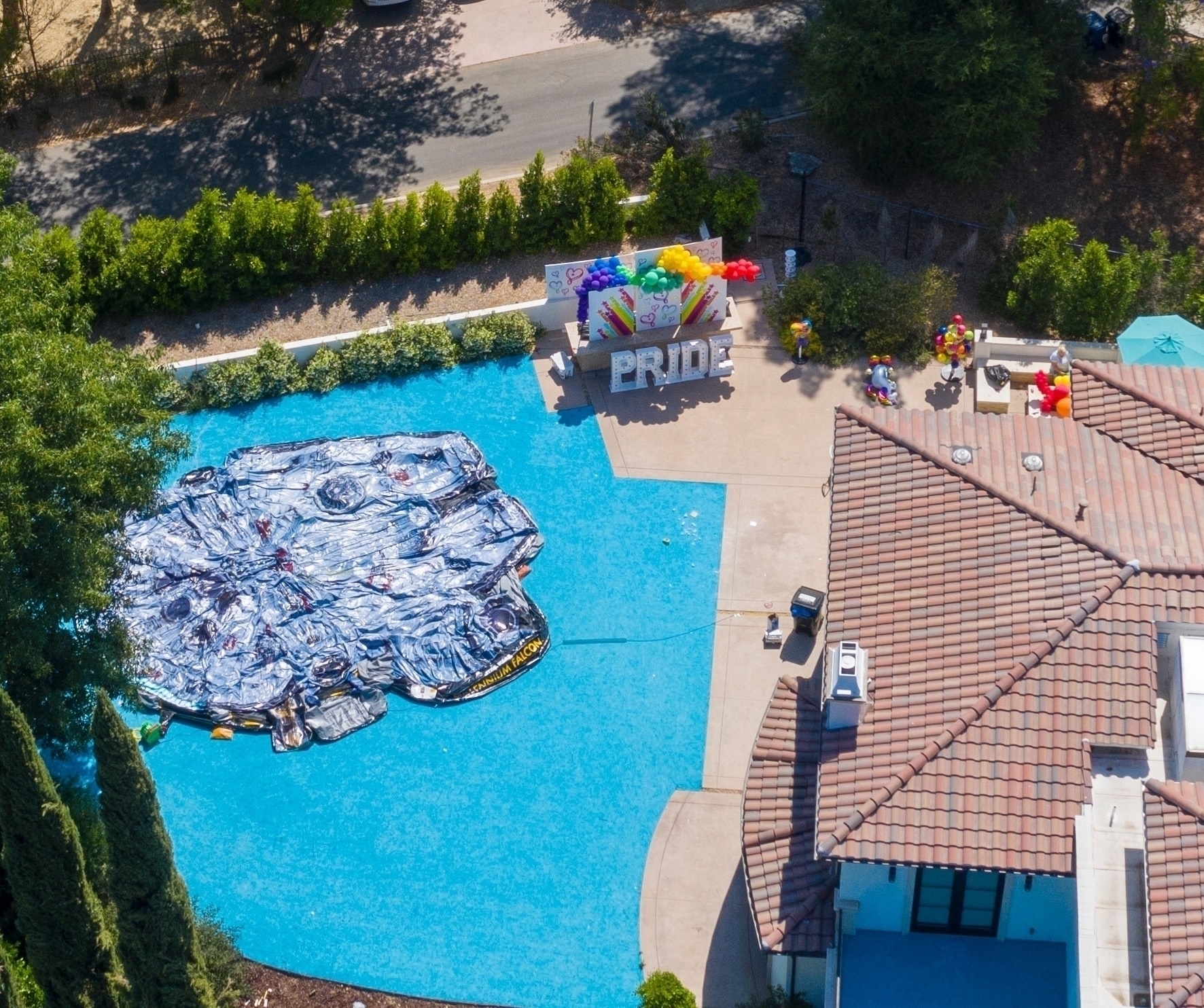 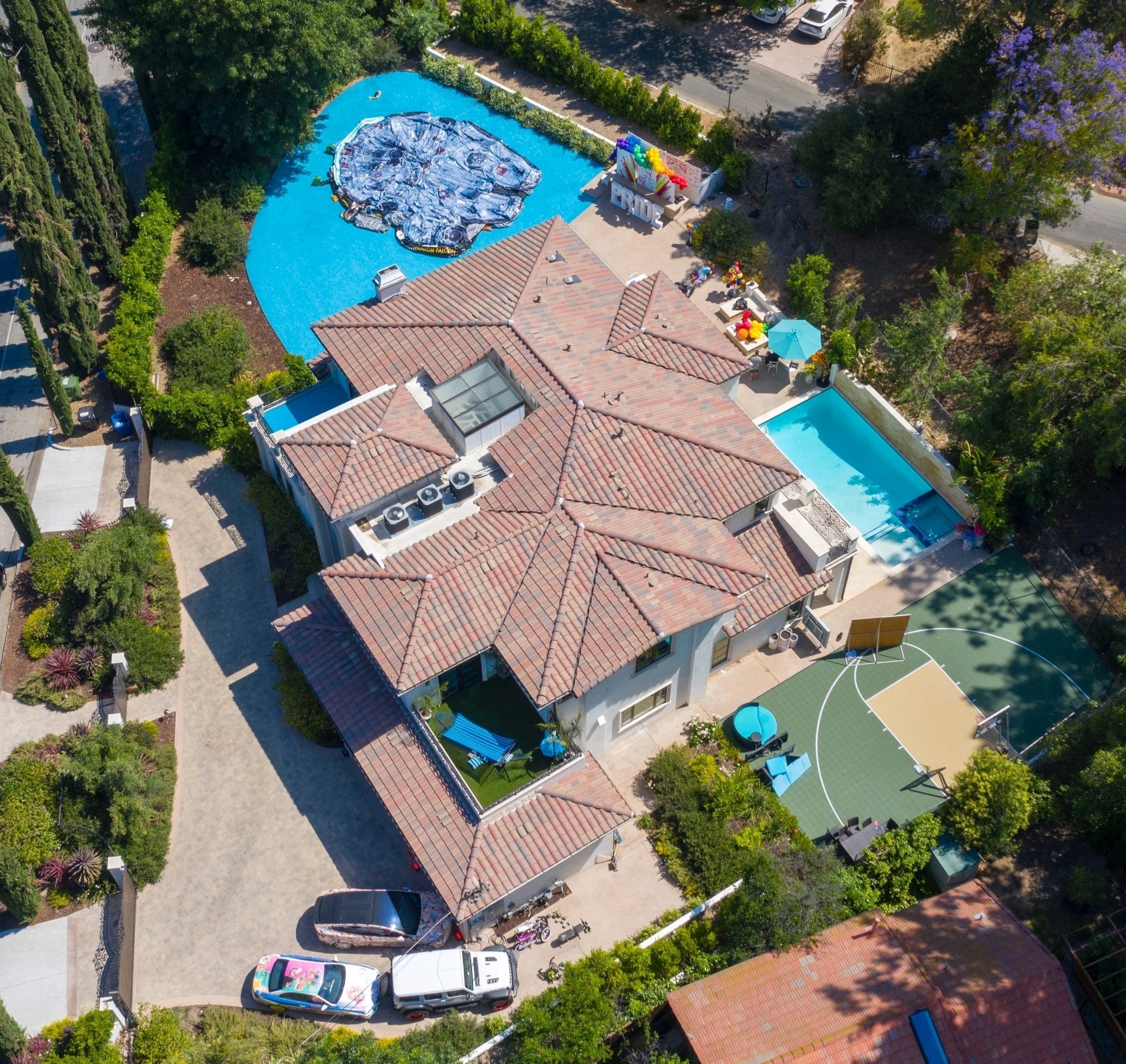 TMZ, who reported the news first, claimed that a man had allegedly overdosed on LSD.

The outlet claimed that he arrived at the party already under the influence of drugs and seemed in rough shape.

He was allegedly transported to the hospital but his condition remains unknown.

On Wednesday, which marked the beginning of Pride Month, the Dance Moms alum threw a massive bash at her home. 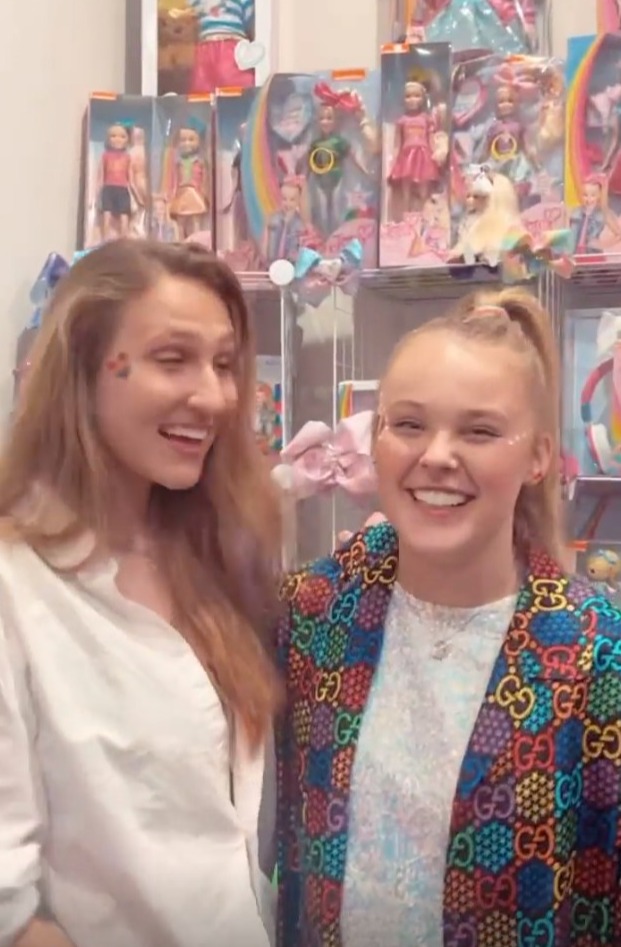 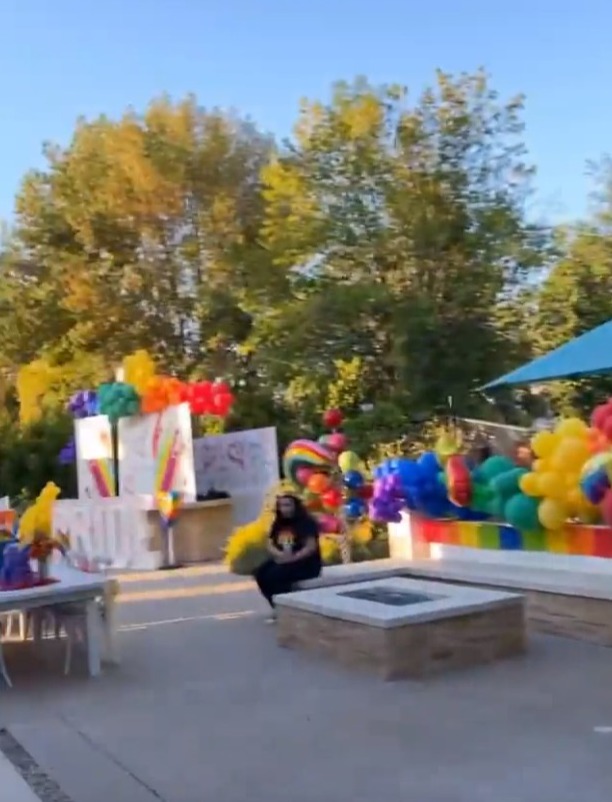 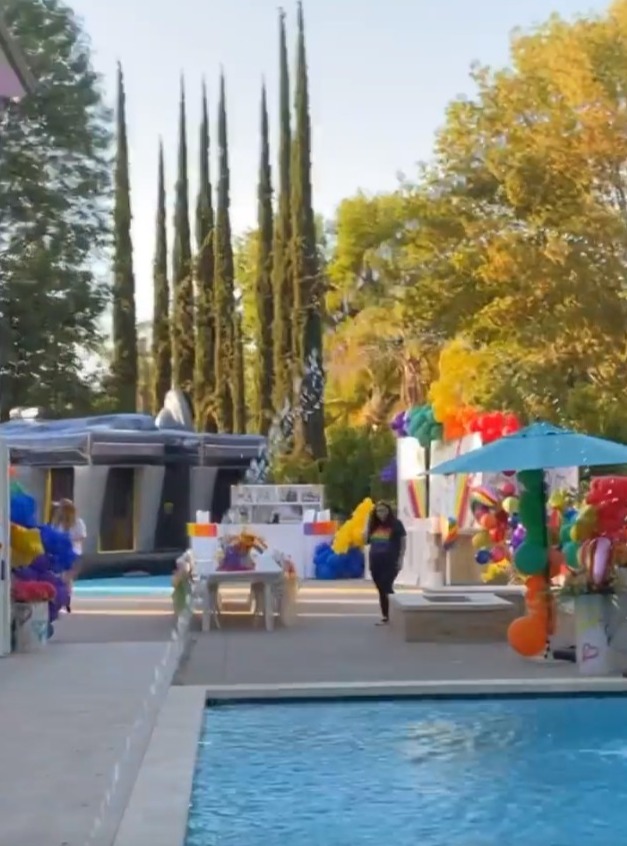 The rainbow bash featured a kitchen decked out with plenty of rainbow-colored foods, massive unicorns, and balloons galore.

Fans also had the option to get some food from the food truck parked outside of the home or they could drink the night away at the bar.

Influencer Tana Mongeau was one of the many invited guest stars as she shared the bash on her social media channels. 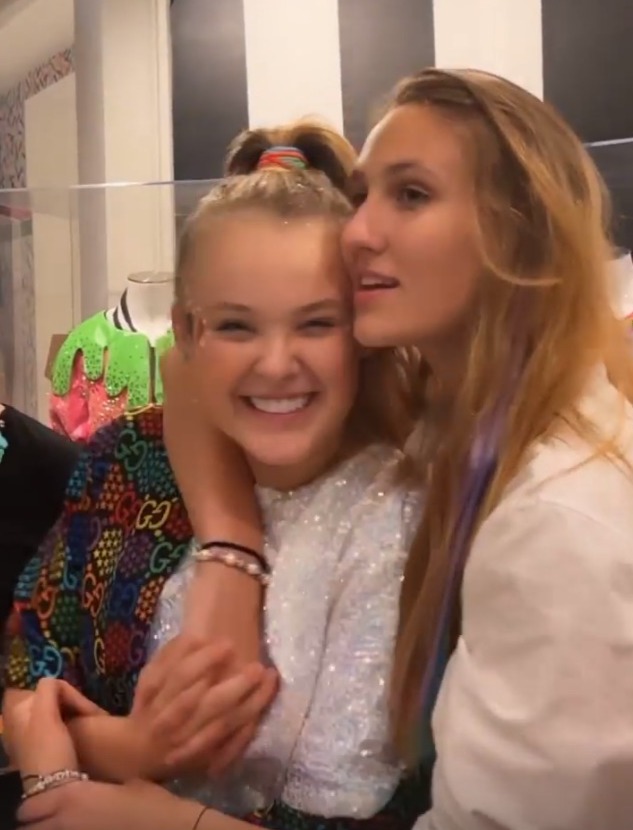 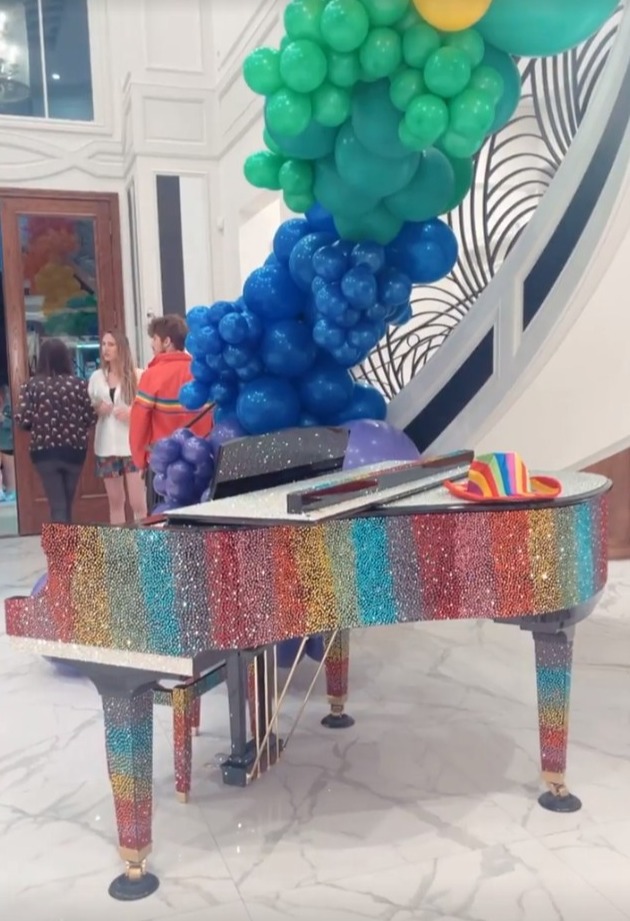 The home had been decked out with a rainbow and glittery grand piano and a massive bar with rainbow-colored lights.

Earlier this year, JoJo came out as part of the LGBTQIA+ community.

Back in February, the teen revealed she had a girlfriend – Kylie – who encouraged her to come out to her fans. 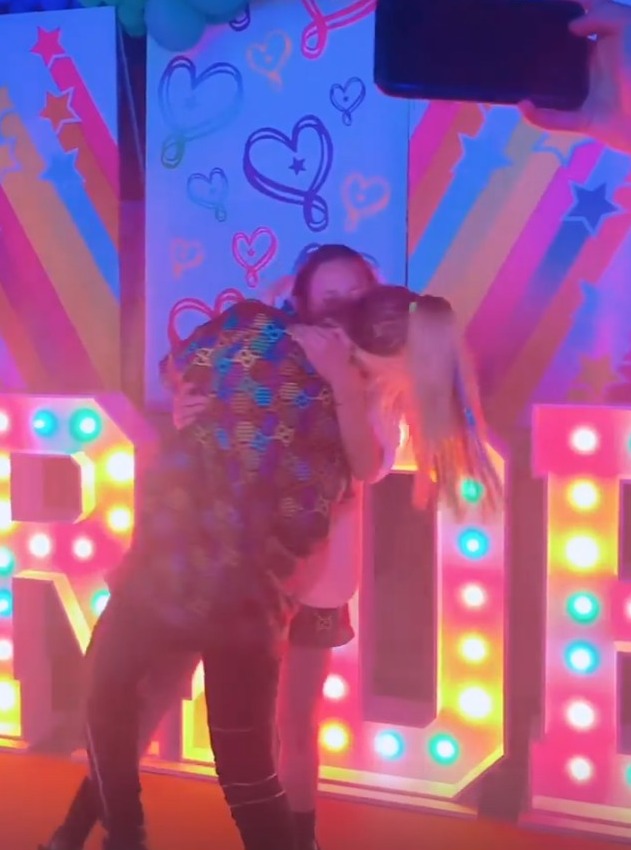 The sweet couple have gone to Disney together and even spent Valentine's Day together.

In fact, JoJo revealed she was actually falling in love with her best friend turned partner.

The dancer wrote: "After being my best friend for over a year, January 8th 2021 I got to start calling this exceptional human my Girlfriend… and Since then I’ve been the happiest I have ever been!" 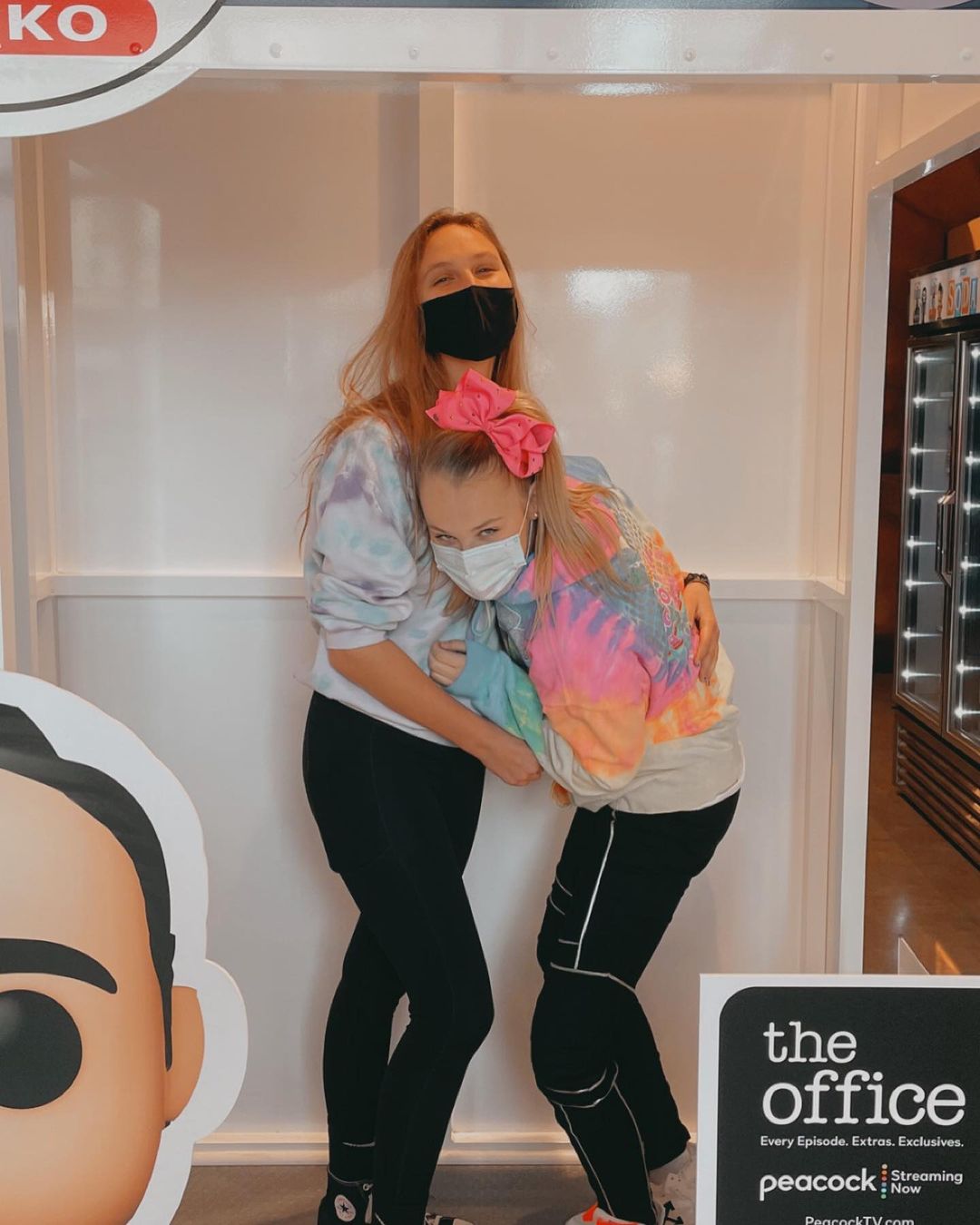 "She seriously is the most loving, supportive, happiest, protective, and just the most beautiful perfect person in the world.

"And I get to call her mine! Happy one month to my girl! I love you more and more every day!"

Kylie gushed about JoJo in return, writing on social media: "Fall in love with your best friend, guys. it’s THE BEST feeling in the entire world.

"Here’s to one month with my favorite human 🙂 i love you sharky ♡."