JERSEY Shore fans think Jenni "JWoww" Farley is expecting her third child after claiming they saw a "bump" while the star was dancing at a club.

The reality star appeared to have a potential baby bump while wearing a body-hugging dress for a night out. 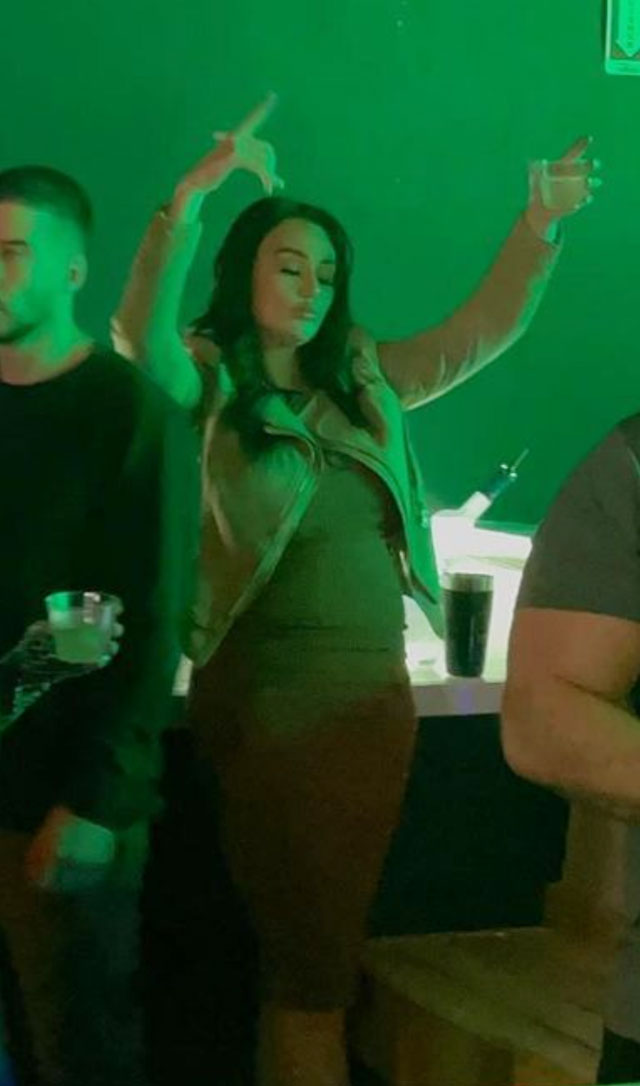 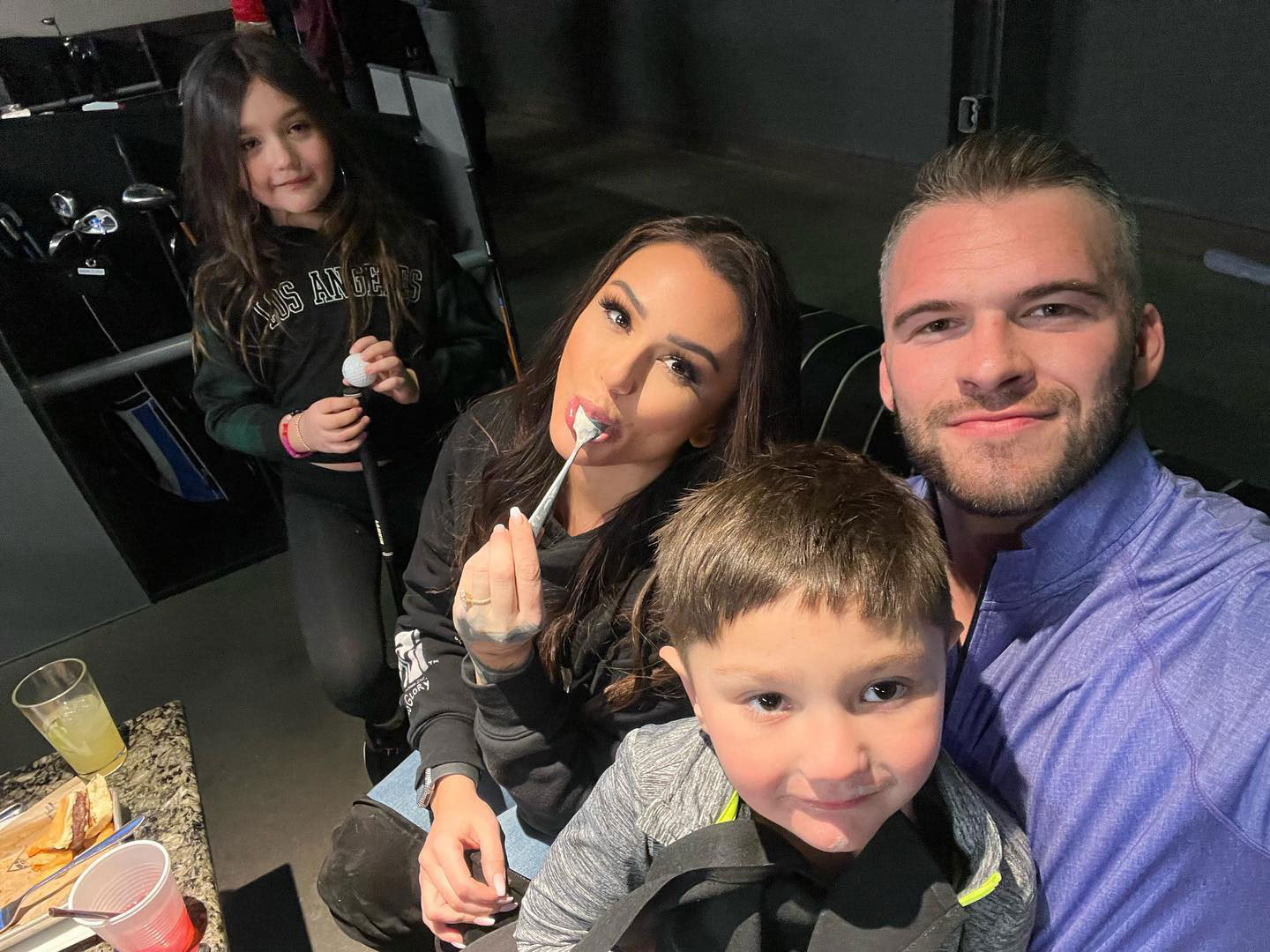 Viewers immediately jumped to the conclusion that the Jersey Shore alum – who is engaged to pro wrester, Zack Clayton Carpinello – has another little one on the way.

A Reddit user shared a pic of Jenni enjoying herself while at her co-star Pauly "DJ Pauly D" Delvecchio's show in El Paso, Texas over the weekend.

She wore a knee-length tightly fitted dress and a tan jacket that was unzipped, as she held her arms up in the air feeling the music.

Fans questioned if the mom of two is pregnant given her slightly extended stomach in the ensemble.

While speculations circulated in the comments, others came to the TV star's defense by shutting down body-shamers.

One person wrote: "Dude I get that belly when I eat three times a day and I weigh like 130 pounds and I’m six feet tall."

While a second fan also wasn't sold on the pregnancy rumors, adding: "Looks like she is enjoying herself."

Others pointed out the cup of alcohol in her hand, presuming that the clear liquid in the cup was tequila.

"Yeah so I highly doubt she’s pregnant," they commented.

Jenni was at the event with her Jersey Shore Family Vacation co-stars including Nicole "Snooki" Polizzi, Deena Cortese, Mike "The Situation" Sorrentino, and Vinny Guadagnino.

This is not the first time the TV personality has had to squash rumors that she's expecting another child.

Jenni, 37, repeatedly came under speculation in the past after she shielded her stomach from the camera in several Instagram posts.

She also started chatter back in December when she opted for wear a loosely fitted sweater during a holiday special.

After viewing the clips, fans were convinced she could be carrying another baby, as they raced to Reddit to share their theories.

"Does anybody else feel like Jenny might be pregnant? She looks kind of puffy in the trailer for the upcoming Xmas special," one said, sparking the conversation.

"Then tonight I saw on her IG that her pics are all from the chest up. Idk I could be reaching but I feel like she might be preggers."

However, others attributed the "puffiness" to "lip fillers", with one writing: "I feel like she's always puffy from +++ fillers but I haven't seen her insta pics."

Jenni's appearance has raised eyebrows in recent months, also from those noticing her changing facial features.

Fans have called the New Jersey native out on looking unrecognizable due to her claimed plastic surgery procedures.

She shared numerous throwback photos lately showcasing her altered look, including an old photo from her childhood and one from her earlier days on the show.

Both photos shocked her followers as she now dons much bigger lips and thicker brows.

Critics have even pinned her to resemble Kim Kardashian, claiming that her larger lips, thick brows, and dark hair match many of the model's signature features.

One person pointed out her resemblance to the SKIMS founder in a recent post commenting: "Why do you look like Kim Kardashian? I don't recognize you, Jenni."

While another called Jenni a "clone" of the Keeping Up With the Kardashians alum.

Jenni has denied getting any major procedures done, revealing in 2014 that she was against plastic surgery in an interview with PEOPLE.

She told the publication: "I don’t like touching my face only because I’m always scared you can never go back. All those nose jobs and cheek implants and stuff like that, people get those and can never go back to what they were. I love my nose.”

About Botox, she added: “I’m getting up there in age – I’m about to be 30. I don’t like wrinkles. But I wouldn’t go overboard and get that frozen face when you’re trying to cry and look like you’re smiling.”

She also told Entertainment Tonight in 2016: “I’m always the one that says, do it for the right reasons. I'm not getting any younger. I'm going to do the non-invasive surgeries to stay youthful, to feel youthful."

The star added: "I love the way I look. I am totally open and honest with it. I do not want a saggy face in 30 years.

Jenni is already mom to two children: daughter Meilani, seven, and her son Greyson, five, with her ex-husband Roger Mathews, 46. 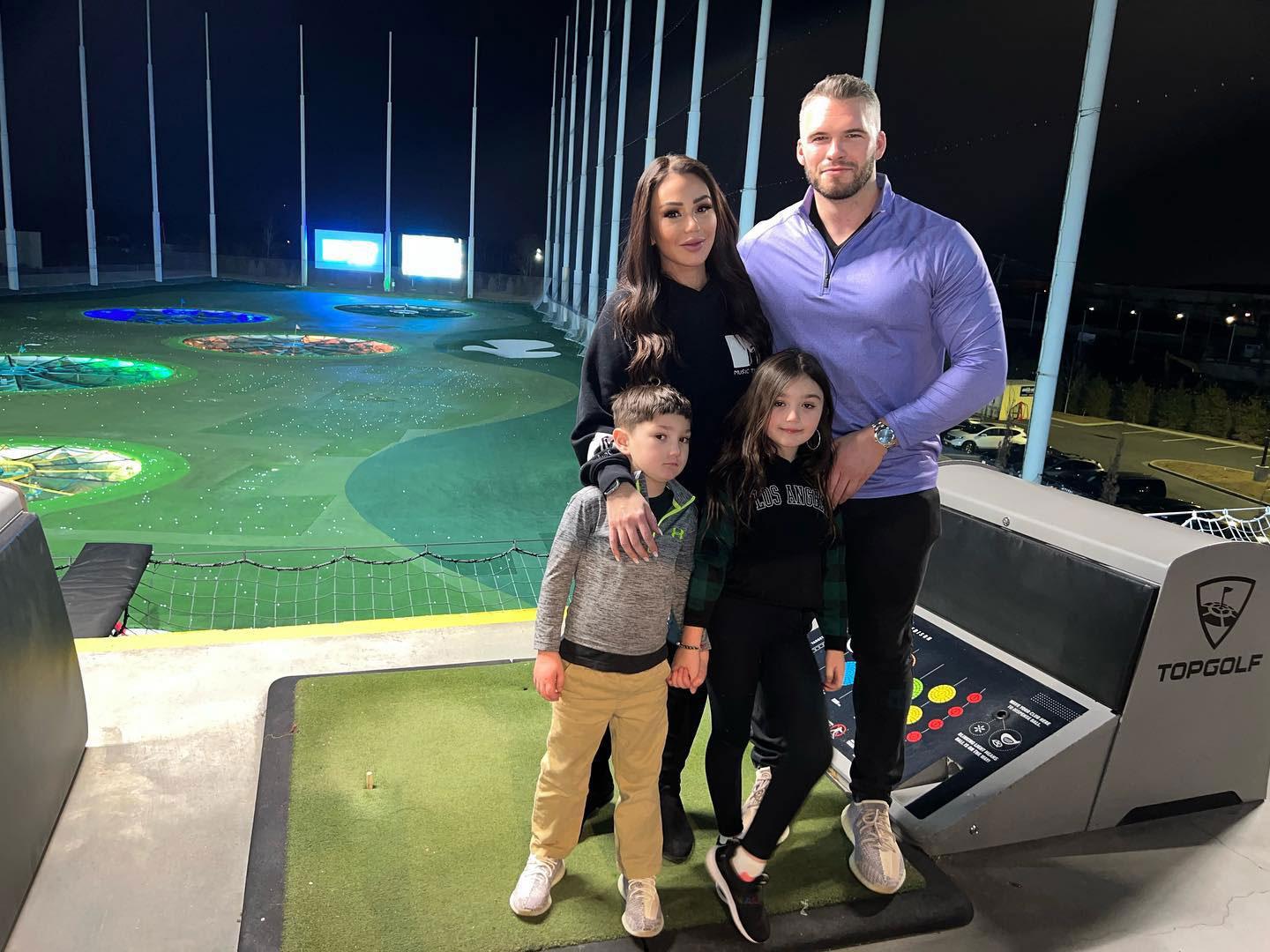 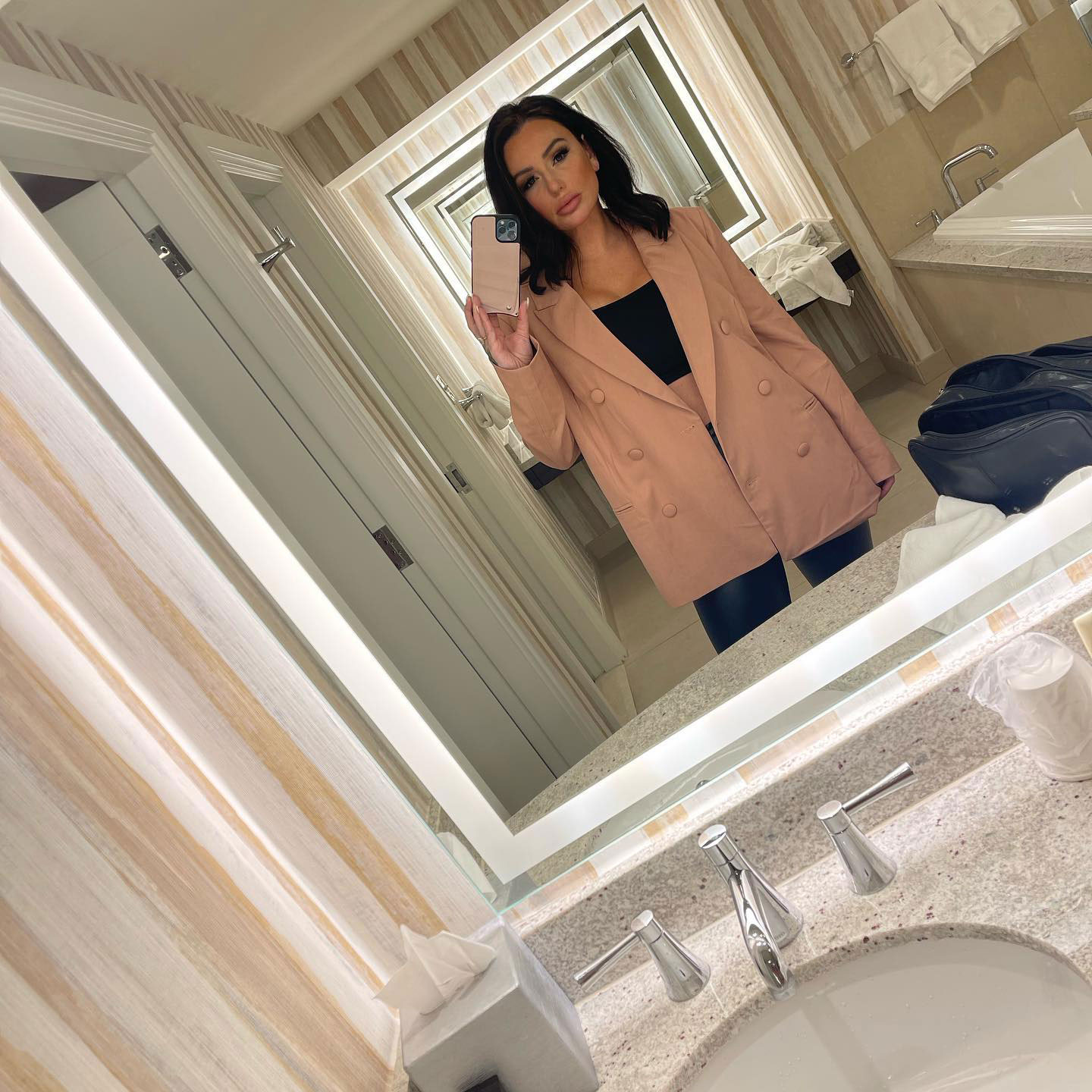 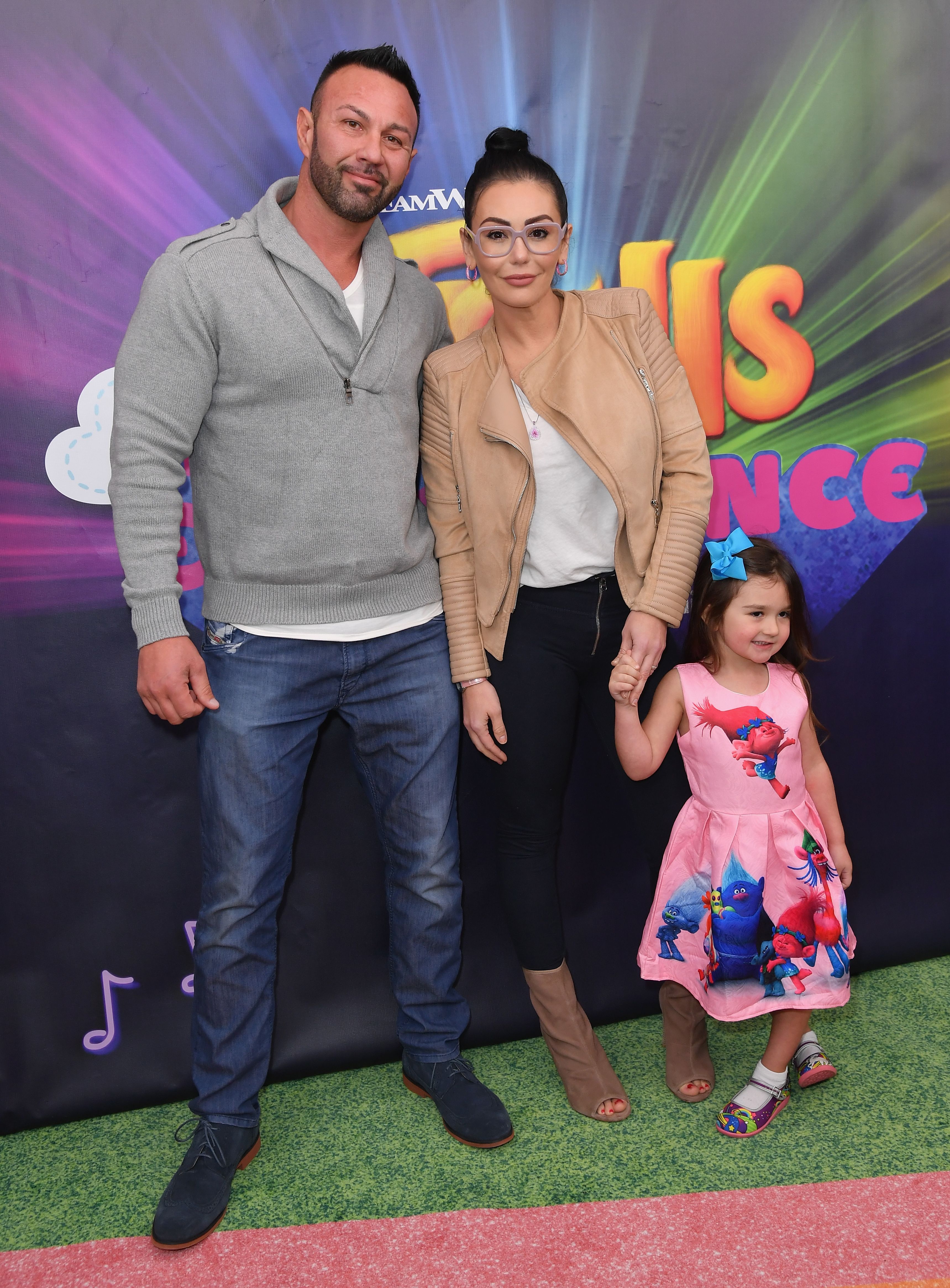