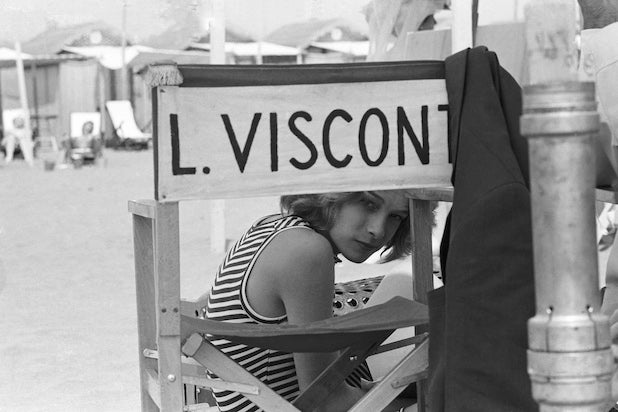 Juno Films has acquired the U.S. and Canadian rights to “The Most Beautiful Boy in the World,” a documentary about Swedish child star Bjorn Andresen, ahead of its premiere at the Sundance Film Festival.

“The Most Beautiful Boy in the World” is playing in the World Documentary Competition at this year’s Sundance, and Juno Films will release the movie in theaters this May.

Bjorn Andresen was a Swedish teen who was thrust into international stardom at the age of 15 thanks to his impeccable good looks. Director Luchino Visconti scoured Europe looking for someone who could personify absolute beauty in the film adaptation of Thomas Mann’s “Death in Venice” and discovered Andresen, a shy teen who soon was shuttled through Venice, London, Cannes and Japan and was declared by Visconti to be “the world’s most beautiful boy.”

The documentary picks up with Andresen (American audiences might recognize him from the 2019 horror film “Midsommar”) 50 years after the premiere of “Death in Venice” and shows him as he examines his own personal histories, cinema history and the tragic events that surrounded his life as he tried to get his life back on track.

“The Most Beautiful Boy in the World” is directed by Kristina Lindstom and Kristian Petri and produced by Stina Gardell’s Stockholm-based Mantaray Film. The documentary followed Andresen over five years and was filmed in Stockholm, Copenhagen, Paris, Budapest, Venice and Tokyo.

“We live in a world of celebrity and rarely have the chance to see the intimate and often hidden life behind the image. Bjorn reveals himself on camera layer by layer in a personal quest to both answer his own questions about his childhood and to take responsibility for his actions,” Sheldon said in a statement. “In doing so, we are invited in to consider the consequences of sudden stardom and the price of being a celebrated idol.”

“It is a story about obsession with beauty, about desire and sacrifice, about a boy whose life was changed forever when the film director Luchino Visconti declared him to be the, ‘World’s most beautiful boy.’ Who was this boy and what happened to him? This film lets us listen to the boy’s own story. He, who was made into an image by others, an icon, a fantasy, which took over his young life,” Lindstom said in a statement.