The crime-based series focuses on the Reagan family and their connection to New York City’s law enforcement. Throughout the seasons the show has acquired many noteworthy awards. Since the show’s initial release in 2010, the fans and viewers have gotten to know the characters and the celebrities who play them.

Over the past few years, fans have closely watched Nicky Reagan-Boyle on screen, but many fans are shocked to learn just how much this Nicky has with the actress who plays the fictional character.

Who does Sami Gayle play on ‘Blue Bloods’? 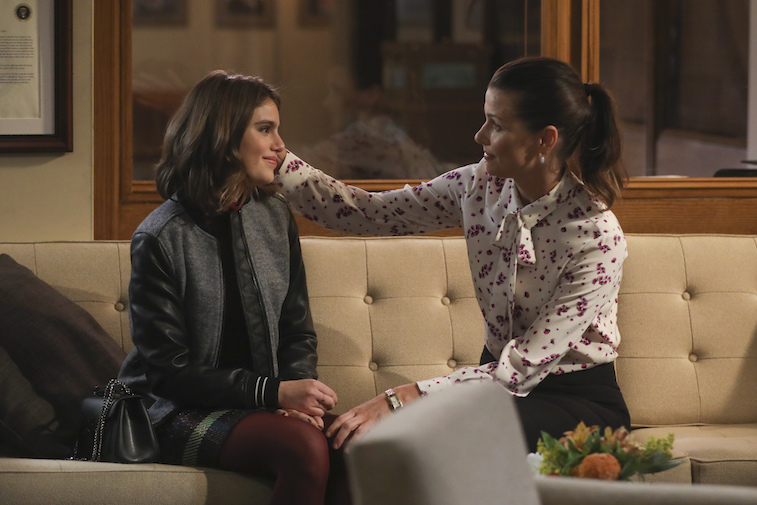 Gayle was cast to play Nicky Reagan-Boyle on the popular show Blue Bloods. Her fictional character is the only child of Erin Reagan and Jack Boyle. Nicky is often characterized as acting older than her age, and a portion of her storyline revolves around the complex relationship she has with her father.

Since the show’s initial premiere in 2010 Gayle’s role on the show has begun to dwindle down. One of the reasons Nicky’s presence began to fade on the show was a result of Gayle pursuing other acting opportunities.

The famous actress was forced to split her time between New York and Atlanta while she was actively filming for Blue Bloods and her new film Candy Jar. The film that was written by her brother is officially available for her fans to view on Netflix. Though the public is excited to see Gayle’s acting career continue to grow, no role is quite as memorable as the character Nicky that she has spent so many years playing.

What does Sami Gayle have in common with her ‘Blue Bloods’ character?

On the show, Nicky is portrayed as a mature and responsible student, and this seems to be one thing Gayle and her character have in common. In Blue Bloods Nicky makes the decision to further her education at Columbia University, and believe it or not, Gayle too made that same decision in real life. Gayle has shared stories about literature classes, but it seems like ultimately the rising star decided to study political science and art history.

What does Sami Gayle plan to do with her degree in the future?

Gayle and the cast are just one of the many reasons Blue Bloods has been so successful. Now that Gayle has graduated fans are wondering what this means for her future.

It seems like Gayle is making she has plenty of options. When Gayle first began college she shared in an interview that going to college was her way of trying to find a new career. Gayle said, “I don’t want to do anything besides act, but I DO want to be a really well-rounded person.” Gayle has made it clear that she is an impressive force of nature.

Even if she doesn’t pursue a career using her degree, the experiences and knowledge she acquired will likely help her bring more depth and authenticity to some of her characters in the future.

Many people are wondering just how long the show will continue to run. With no clear end date in sight, Blue Bloods fans are looking forward to what the future has in store for the beloved character and the talented actress who plays her.