KATIE Price has been forced to deny having a secret bum lift in lockdown after fans spotted "evidence" in new photos online.

The TV star, who recently sparked rumours she's pregnant, showed off her figure in a tight outfit as she headed to Tesco supermarket yesterday. 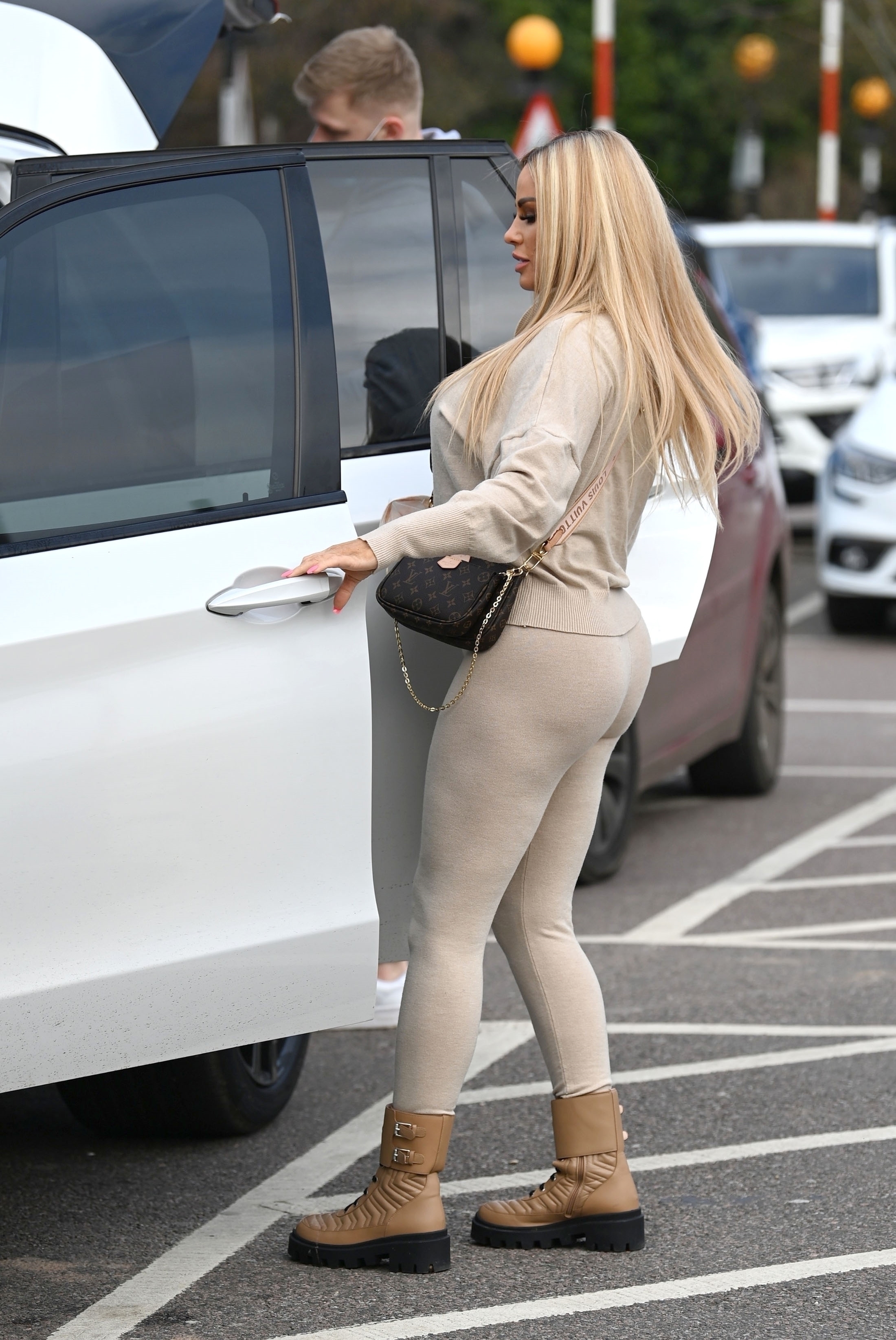 The Sun revealed new snaps of Katie, 42, with her boyfriend Carl Woods, 32, and children Bunny, six, and Jett, seven.

On seeing the photos, one fan said: "She never had that butt before…"

As another commented: "Look at the shape of kp. All boobs and bum 🤣🤣🤣"

And a troll sniped: "What an odd shape!! Have her boobs been filled with helium by mistake?? And with that over inflated bum too"

But her rep told The Sun: "Katie has not had any recent work to her posterior." 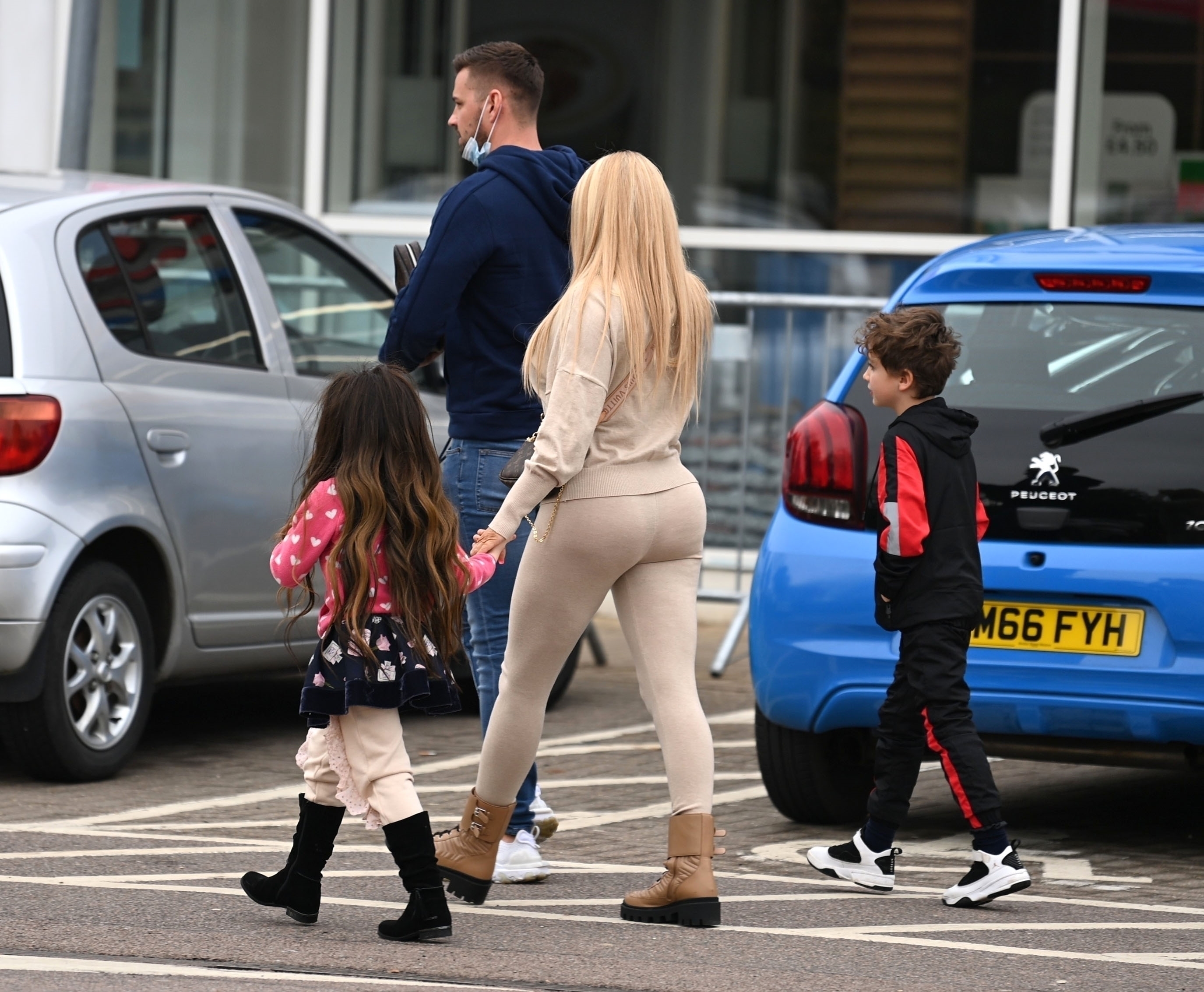 They added: "The shape is completely natural, effects from gaining a few pounds."

Katie was left bed-bound in 2019 after having a bum lift and face surgey.

She opened up about the procedures on he reality TV show My Crazy Life.

Barely able to open her eyes, Katie said: "I look like a bloated alien, it won't stay like this but my body is in bits.

"I had liposuction, my own fat injected into my bum, then fat put under my eyes – and a little lift." 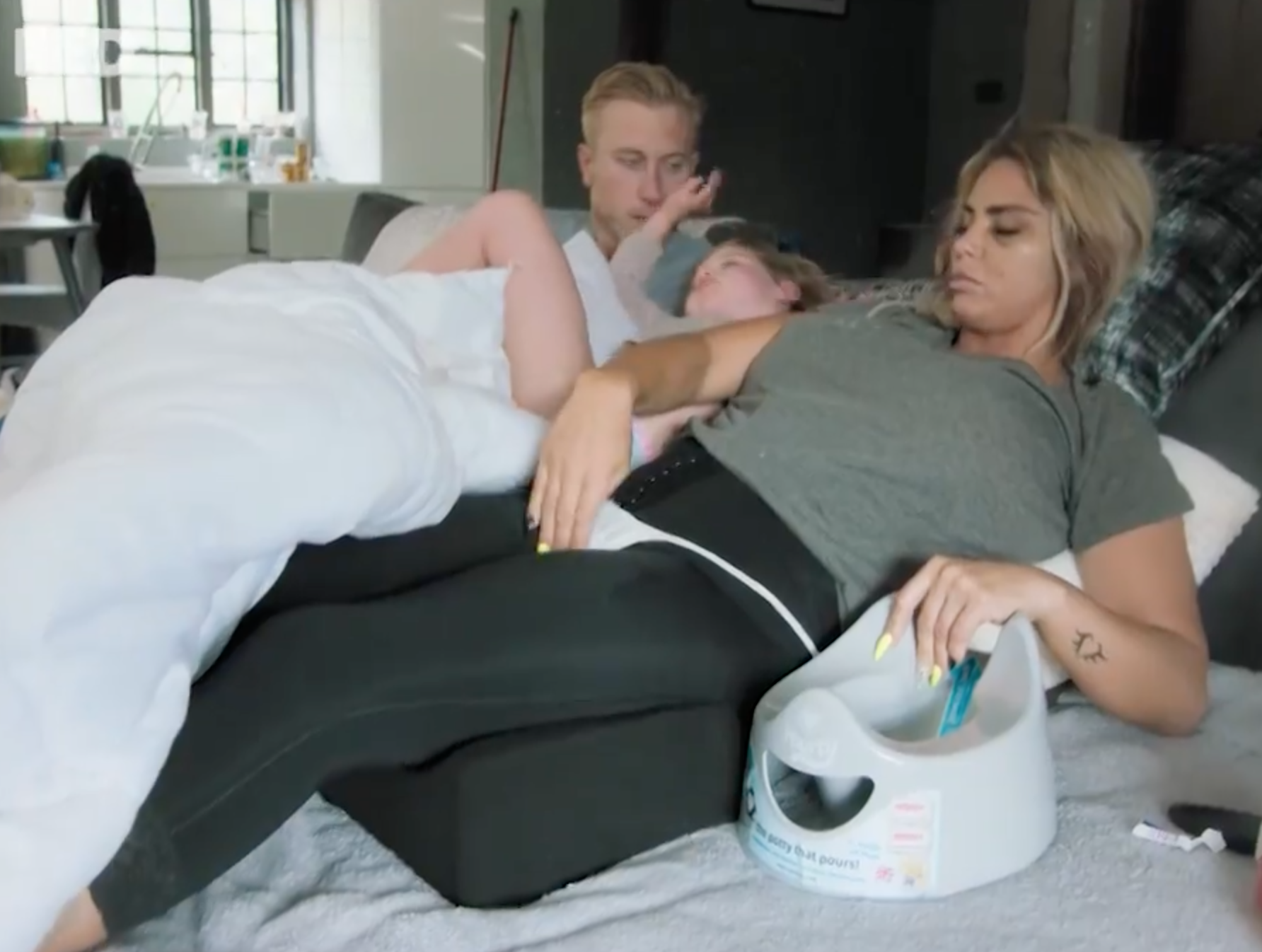 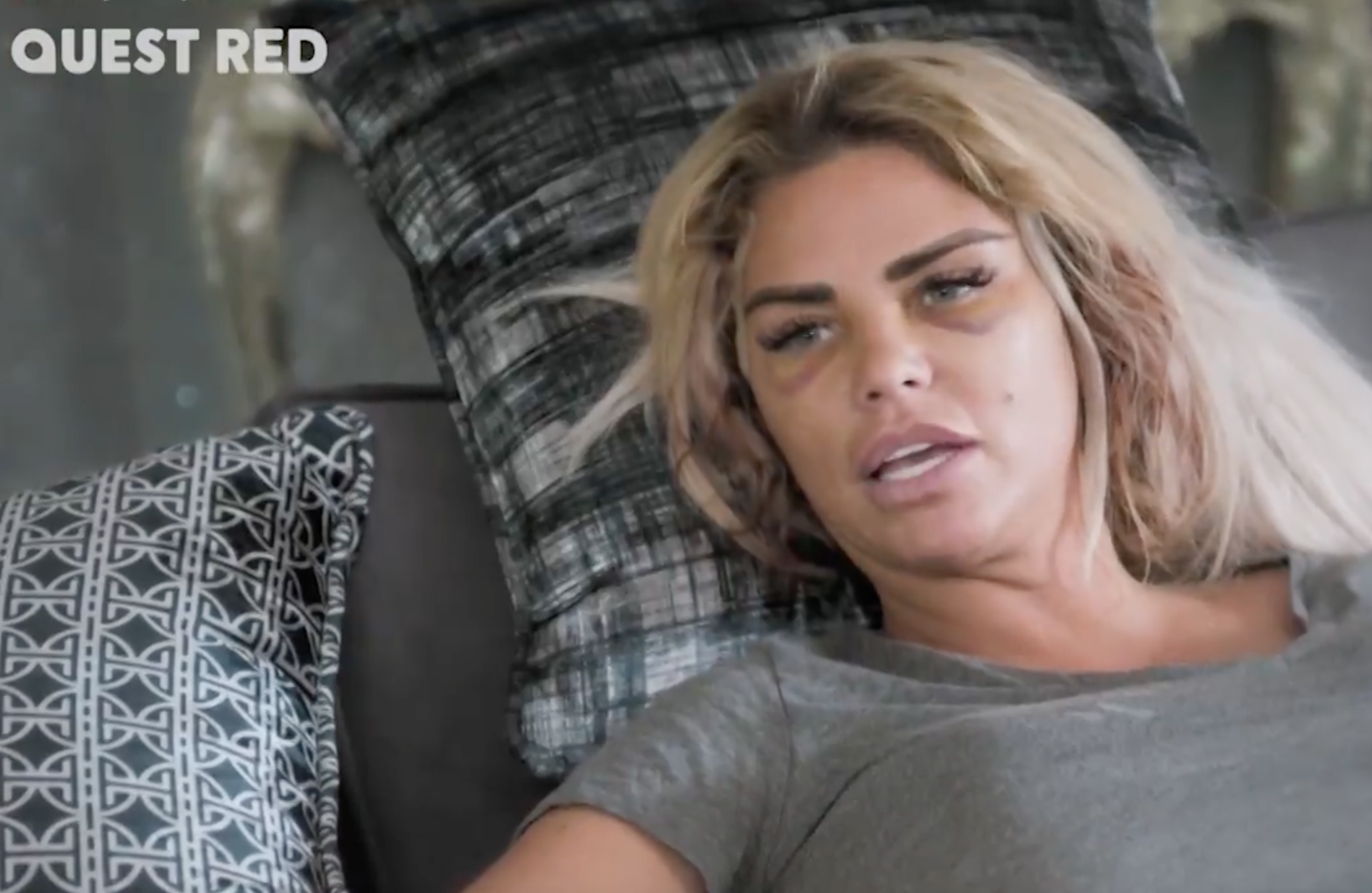 Explaining why she'd had the procedures, Katie adds: "I'm so sick to death of feeling fat, I needed a kickstart."

After undergoing a Brazilian bumlift in May 2019, the TV favourite said she wanted to have the procedure reversed.

A source told us at the time: "Katie thinks she looks fat with a big bum and reckons she wants it back to how it was, instead of having more fat pumped into her bum to keep it perky.

"She always wanted a hourglass figure and complained about having a flat bum, but it didn’t look like she thought it would.

"Now she wants her old bum back. Plus, it was so painful when she got it done, she doesn’t want to go through it all again."

Despite her woes, Katie recently admitted that she will "never stop" having plastic surgery, insisting that she is on a mission to be "perfect".