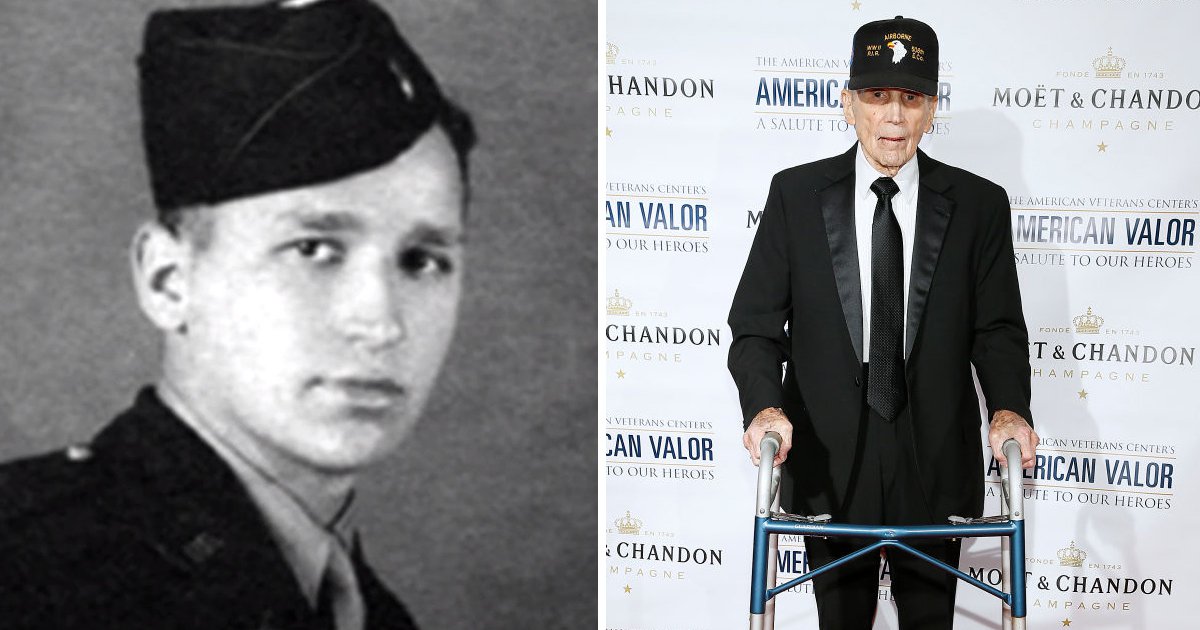 Retired Colonel Edward Shames, a World War II veteran whose service was portrayed in the Emmy-winning HBO miniseries Band of Brothers, has died.

Shames died peacefully at home at his Norfolk, Virginia home on Friday, according to his obituary.

He was one of the first Jewish American soldiers to be held in the Dachau concentration camp, and his military unit’s story went on to inspire the book and series in which Shames was portrayed by actor Joseph May.

The American war drama, which won an Emmy and Golden Globe award for best miniseries in 2001, was created by Steven Spielberg and actor Tom Hanks who both served as executive producers.

In 2012, Shames described the grueling training he underwent in Georgia before he was first sent out into combat.

‘A 25-mile march for us was just like a Sunday stroll,’ he said.

‘We had to walk 10 to 12 miles to get to our training area at Toccoa and then train all day and walk back 10 or 12 miles back to camp every day.

During the war, Shames ‘gained a reputation as a stubborn and very outspoken soldier who demanded the highest of standards from himself and others, which led him to be ‘involved in some of the most important battles.’

Shames’ had a ‘devoted and beloved’ wife called Ida Aframe, who died in 2019, two sons, four grandchildren, and 12 great-grandchildren.

A graveside service for the retired colonel was held at Forest Lawn Cemetery in Norfolk on Sunday.

His family is asking for memorial contributions to be made in Shames’ honor to the Wounded Warrior Project or the American Veterans Center in Arlington, Virginia.