Maze (played by Lesley-Ann Brandt) hasn’t exactly had the easiest time of things when it comes to finding love over the five seasons of Lucifer so far. From a fling with Amenadiel (DB Woodside) to a one-sided romance with Eve (Inbar Lavi), it’s safe to say Maze is rather unlucky in love. However, a new clue from the star herself has left fans convinced wedding bells may soon ring for their favourite demon when the Netflix drama returns.

As fans eagerly await news of a Lucifer season five, part two release date, the cast and crew have returned to filming to get the sixth and final series in the bag.

And a number of the show’s stars have been sharing a sneak peek at their return to set as the crew work within the new Covid guidelines to ensure there’s plenty more devilish action on the way from Lucifer Morningstar (Tom Ellis) and co.

But it’s a showstopping snap from Maze star Brandt which has sent the rumour mill into overdrive.

Taking to her Twitter and Instagram pages, Brandt shared a handful of snaps of her in an all-new, all-black Maze outfit. 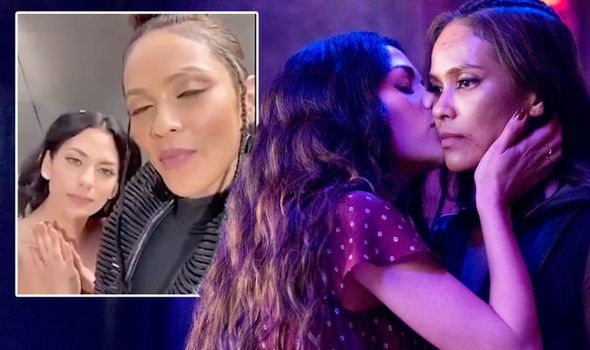 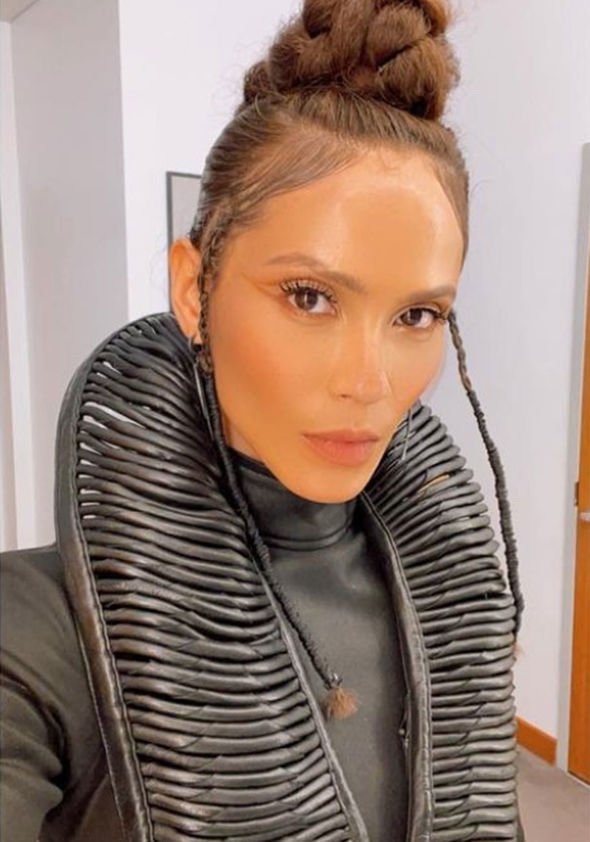 Alongside an up-close selfie of her in the outfit, Brandt penned to her 349.8k Twitter followers: “Y’all ain’t ready for season 6 [devil emoji] @LuciferNetflix.”

But the behind the scenes shots weren’t done there as alongside a full-length snap in the same outfit, Brandt wrote: “Forever grateful to @neilhimself [Neil Gaiman] for creating her. Mazikeen of the Lilim.”

Inevitably, it didn’t take long for ‘Lucifans’ to flood the star’s inbox with their complimentary comments, but amongst the outpouring of love were a number of fans thinking the new attire was perfect for say, Maze’s wedding.

“Ma’am I’m ready if this is a wedding,” one Twitter follower replied, with a second suggesting: “To Eve? Inbar is back, so…” 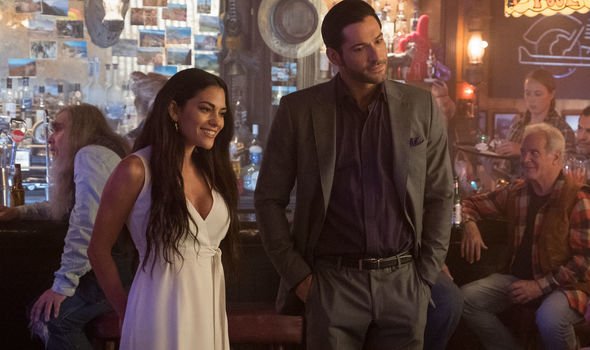 And the theory carried over onto Instagram where Brandt had also shared the snaps.

“Why do I feel like Maze and Eve are getting married,” one follower queried.

“I think Eve and Maze are getting married,” a second concurred, while a third excitedly put: “MAZEVE WEDDING.”

A fourth echoed: “@LesleyAnnBrandt This dress is perfect both as Mazikeen’s wedding dress or for ruling hell. Gorgeous. Favourite Demon.”

Brandt’s transformation into Maze wasn’t the only thing that sent social alight with the theory either.

Earlier this week, Brandt was joined by Eve co-star Lavi for a short clip behind the scenes – and it looks a lot like Eve is wearing a white bridal dress.

The two don’t mention any wedding in the clip, rather sending a cheeky hello to their fans and imploring them to be safe, but their outfits are there for all to see.

Keen not to give anything away, Brandt soon took to her Twitter page after the BTS shots to try and dampen the speculation.

“These theories, you fans have not. Not. Even. Close. [Devil emoji],” she penned alongside a laughing gif.

But is Brandt trying to throw fans off the scent after they spotted the glaring wedding clues?

With both Eve and Maze alive in the sixth and final run, and the fact they have a romantic history, maybe a wedding is on the cards.

Fans will have to wait for season six to be sure – but it certainly looks likely.

Lucifer seasons 4-5a are available to stream on Netflix now.