The Chase’s contestants today included Andrew Castle, Heather Small, and Graeme Le Saux, alongside Sykes. However, Sykes’ appeared to be mocking the ITV host about his presenting role on the game show before she even answered any questions.

“No one wants to look daft on tele,” she continued.

However, it seemed like the presenter was making a jibe at the host when she said, hinting at Bradley: “We can’t all make a career out of it.”

Everyone laughed but there were some boos in the audience and Melanie quickly explained that she was “just joking”. 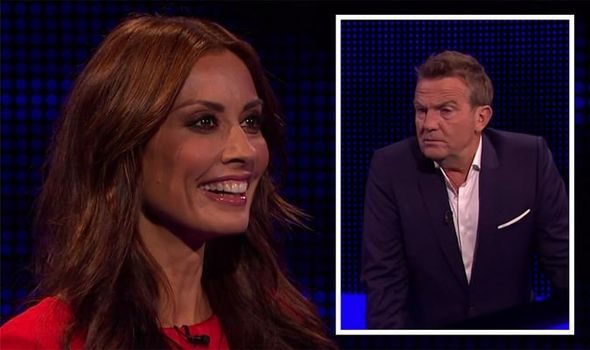 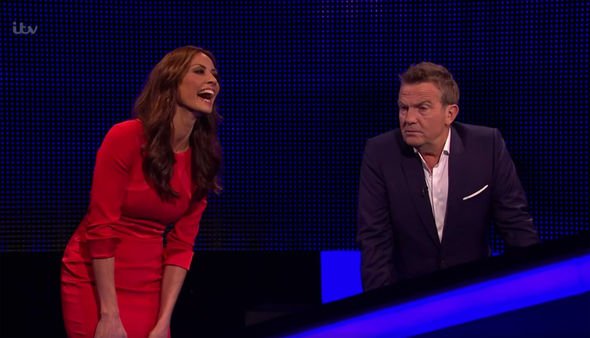 Bradley was very quick to shrug off the comment, before asking Melanie what her general knowledge was like.

She replied: “It’s actually alright when I’m not under any time pressure, which is silly because that’s what it’s about today.”

She also revealed that she had been practising on The Chase app ahead of her appearance on the quiz show.

However, she joked that the app “made me not want to come today”.

“Why put yourself through this pressure,” a confused Bradley asked her.

Melanie stated that she desperately wanted to do it for charity, and that she wanted to see Bradley and test herself.

She then joked that she would need to remember the word “pass” during her round, as she laughed and said it was more important than knowing some of the answers.

After her cash-builder, Melanie was pleased to see that the team would be battling Chaser Shaun Wallace.

Melanie has earned £3,000 in the cash-builder, which was a good start for the team.

However, her performance in the head-to-head was tougher than she initially thought.

Melanie’s fellow team members urged her to go for the £3,000, which she did, saying: “Alright, I’ll go for three!”

Though, unfortunately, Melanie failed to get through to the Final Chase as she was caught by the Chaser.

After she lost the round, Melanie joked with Shaun, saying: “Where’s the exit?”

The Dark Destroyer was quick to point it out and respond “over there” as the audience laughed hysterically.

Second contestant Andrew Castle also failed to make it through to the Final Chase, as did Graeme Le Saux.

Heather Small was the only team member to make it through with £5,000, gaining only eight steps in the Final Chase.

Sadly, she was beaten by the Chaser with one minute and 12 seconds remaining on the clock.

The Chase airs on weekdays on ITV at 5pm.