Outlander season five ended with the incredibly harrowing abduction and sexual assault of Claire by Lionel Brown (played by Ned Dennehy) and his men. While Jamie managed to rescue his wife, Claire faces a tough time ahead as she tries to heal from the attack and move on from the traumatic experience. Reflecting on the previous series, actors Caitriona Balfe and Sam explained it was just one of many tough scenes.

Caitriona spoke about how season five was great as the cast “got back to those kind of stand alone episodic almost feeling episodes”.

She explained: “We got to do quite a lot things that had a very different tone to it.

“It was very painful but episode 7 was just so sad but so wonderful and you were amazing. Duncan as so amazing.”

Caitriona continued referencing the moment Murtagh Fitzgibbons (Duncan Lacroix) was killed: “It was such an emotional episode for us. 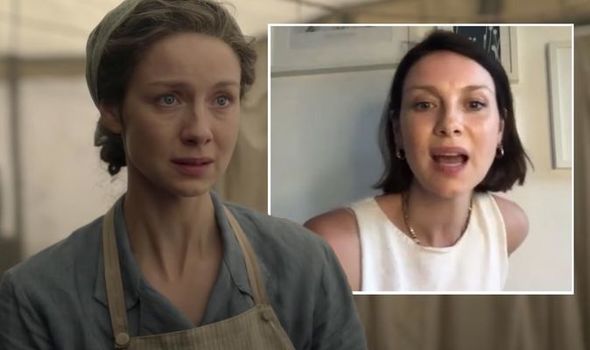 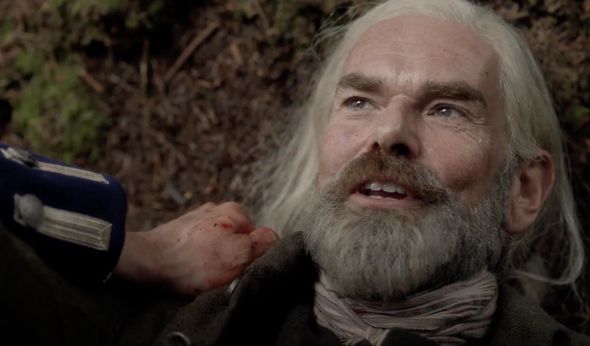 “Not only were we all losing this incredible character we’ve all come to love so much but we were all saying goodbye to Duncan.

“We were all really really sad about it.”

Sam went on to add: ”I think certainly it ramps up towards the ending.

“In the finale, I thought you were magnificent. 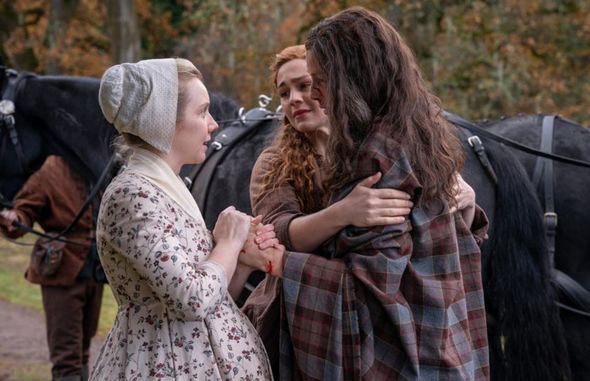 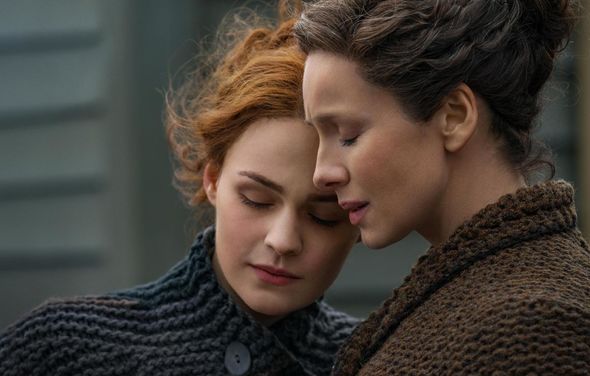 “I thought it was fantastic. It is hard viewing but I’m really proud of it.”

When asked by Caitriona if he enjoyed the fighting scenes as Jamie tried to rescue Claire, Sam made a surprising admission.

“I didn’t to be honest,” he declared. “I love the action but when you think it was 4am in the morning and you’re in the mud and you can’t see anything, I just remember it was particularly cold and I couldn’t see anything.

“There was one point where I thought, ‘I actually think I might hurt someone today.’”

Turning their attention to season six, Sam insisted he had no idea where Jamie and Claire would end up next.

“I’ve started book six and I’m about half way through but I haven’t got all the way through yet,” Sam noted.

“It’s so interesting to see what the writers have done and where we are going.

“I don’t know where we end up. Where we leave season five, the whole family is fractured, they are together but fractured. Claire has some healing to do as well.”

Caitriona added that was part of the upcoming storyline she is looking forward to.

“No for sure,” she replied. “It’s one of the things I’m looking forward to, seeing how she copes with all of that and the repercussions of it.

“But also, the family as a whole unit heal together or help her to heal. I think that’s going to be part of a really lovely story.”