Following the closure of the iconic mine, adventure park company Zip World had spotted the perfect opportunity to keep its legacy alive. The One Show’s Owain Wyn Evans headed to Tower Colliery to see just how the location had been rebuilt into a tourist hotspot deep in the heart of South Wales. However, after getting to grips with the zipline himself, Owain’s adrenaline rush had BBC hosts Alex Scott and Alex Jones pondering if they should give it a go.

Kicking off the segment, Alex Jones told The One Show viewers: “The world’s fastest seated zipline opened to the public yesterday at the site of the former Tower Colliery in South Wales.”

Alex Scott then jumped in: “Yes and Owain Wyn Evans went to find out what it means to the miners who’ve fought so hard to keep the legacy of the mine living on.”

Owain was on hand to interview a number of union workers who used to own and man the base.

Keeping the uniqueness of the iconic place alive, Zip World moved in to reinvent the mine into an outdoor adventure location. 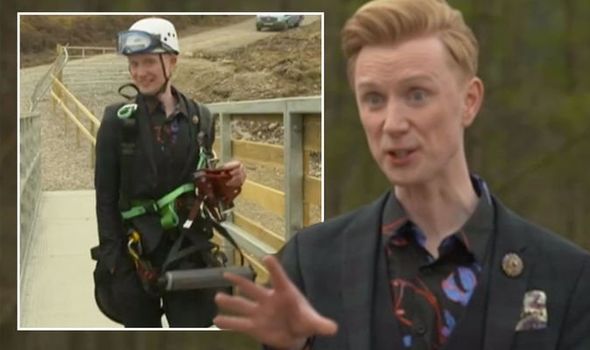 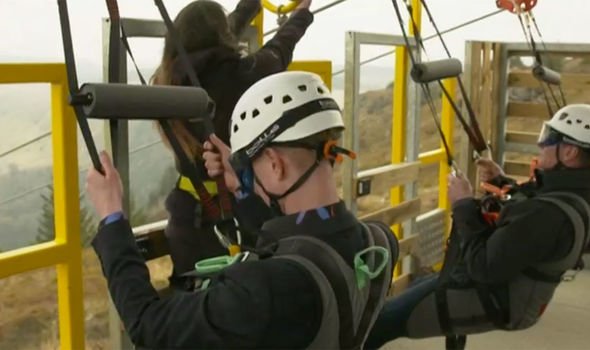 The zipline was cast right over the deep pits and valleys surrounding the mine, providing some stunning views for those who take part.

And Owain didn’t have to give it a go solo as he was joined by former miners Jason Donovan and Anthony Green to take on the nail-biting thrill ride.

“We weren’t just workers, we were family,” Jason told Owain as they touched on the history of the mine.

“It’s been given a new lease of life,” Owain replied. “How do you both feel about that?” 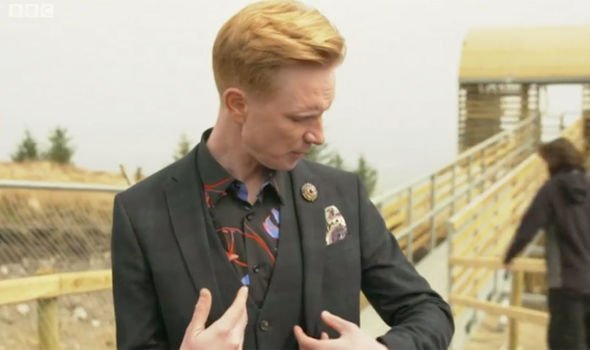 “All the buildings on the site have got a story to tell,” Anthony weighed in.

“So if they can integrate that and pass it on to the people who are going to visit the site from all over the country, I think that’d be a good idea as well.”

A few moments later, the trio got suited and booted to take on the zipline before Jason left Owain in stitches.

“I’ve got a clean pair of pants on, I hope they’re clean when we get to the bottom,” The One Show guest joked.

It didn’t deter Owain who, despite wearing a three-piece suit, was raring to go, telling the Zip World employee: “Get me into that harness.”

The cameras then followed Owain as he and his guests were launched out attacked to the zipline over the valley.

Inevitably all three were left screaming and shouting as the adrenaline kicked in.

Reaching the bottom, however, Owain was in high spirits after enjoying the thrill ride.

And cutting back to the studio, it seems neither Alex’s were put off the ideas.

Alex Jones said: “Right, come the autumn, we are there.”

And Alex Scott weighed in with a joke: “There’s a show in there, Alex.”

The One Show continues weekdays at 7pm on BBC One.