Helen Pierce (played by Janet McTeer) became a huge obstacle for the Byrdes by the time season three came to an end. Initially moved to the Ozarks to keep closer tabs on Marty (Jason Bateman) and Wendy (Laura Linney) as they laundered money for the Navarro cartel, Netflix viewers watched as their entire working relationship broke down.

As the Byrdes continued to test the patience of cartel leader Omar (Felix Solis) over the third season, Helen decided she’d try and take advantage.

She not only played a major role in killing Wendy’s reckless brother Ben Davis (Tom Pelphrey) but planned to steal the business from under the Byrdes’ feet.

Plus with Ruth Langmore (Julia Garner) ditching Marty and Wendy, Helen was convinced she had the expertise to keep the laundering business going.

Helen thought she had it all figured out, persuading Omar to side with her and ultimately take the Byrdes out of the picture as they all boarded a plane to Mexico in the season finale. 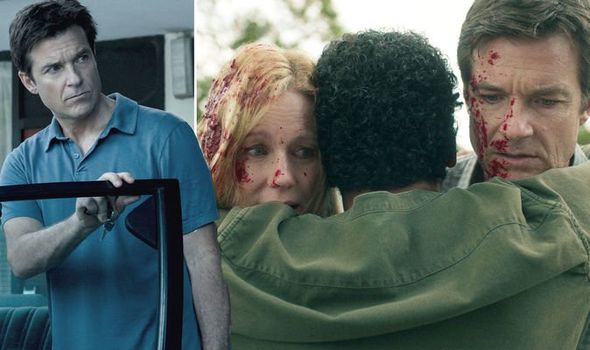 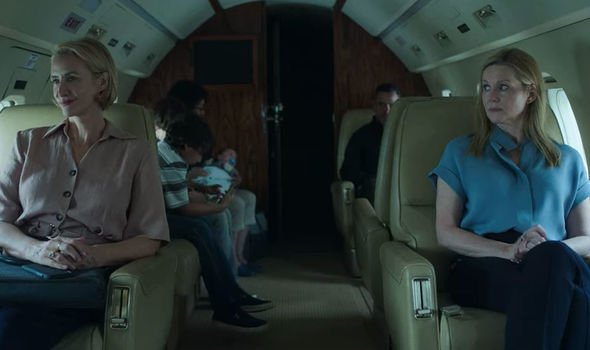 However, Helen had been completely blindsided by Omar who decided it was the Byrdes he wanted to move forward with.

As a result, hitman Nelson (Nelson Bonilla) shot Helen in the head in front of the Byrdes as soon as they arrived at Omar’s Mexican hideout.

In one of the most iconic scenes from the entire Netflix series, season three ended with Omar hugging Marty and Wendy as they stood covered in Helen’s blood.

While it seems Helen’s death at the hand of Nelson was simply thanks to the orders of Omar, one Ozark fan has a new theory as to why she was taken out of the picture. 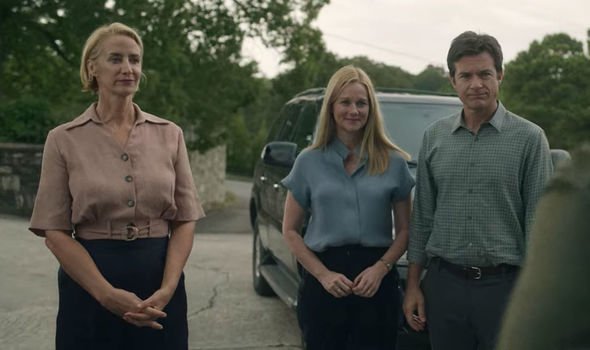 After all, Helen had earlier asked Nelson to let her know if he were to ever receive the call demanding her demise.

Taking to Reddit, user 00110110 thinks a major part of Helen’s death was because of the fact he was ordered to kill therapist Sue Shelby (Marylouise Burke).

They explain: “Anyone else think that the reason Nelson didn’t tell Helen that he was ordered to kill her was because she made him kill Sue?

“We’ve seen Nelson kill a lotta times and by nature hes pretty cold to it but I don’t know, for some reason when I watched that scene I just really got the feeling he didn’t wanna do it and felt bad about it.”

The theory has some backing, as one fan replied: “That is very true.

“They played through the emotional part about him f***** up so well. I mean I was pulling my hair out of frustration!”

After all, Nelson even admitted to Helen he “liked” Sue because she “listened” before he killed her.

However, others have offered a simpler explanation as to why Nelson pulled the trigger on the lawyer.

One fan replied: “I think he didn’t tell her simply because he doesn’t work for her.

“He works for Navarro. He was just maintaining a good working relationship when he told her he would.”

While a second suggested: “No I just think he’s a normal sicario and didn’t have the chance to tell her or didn’t care.”

Ozark is available to stream on Netflix now.