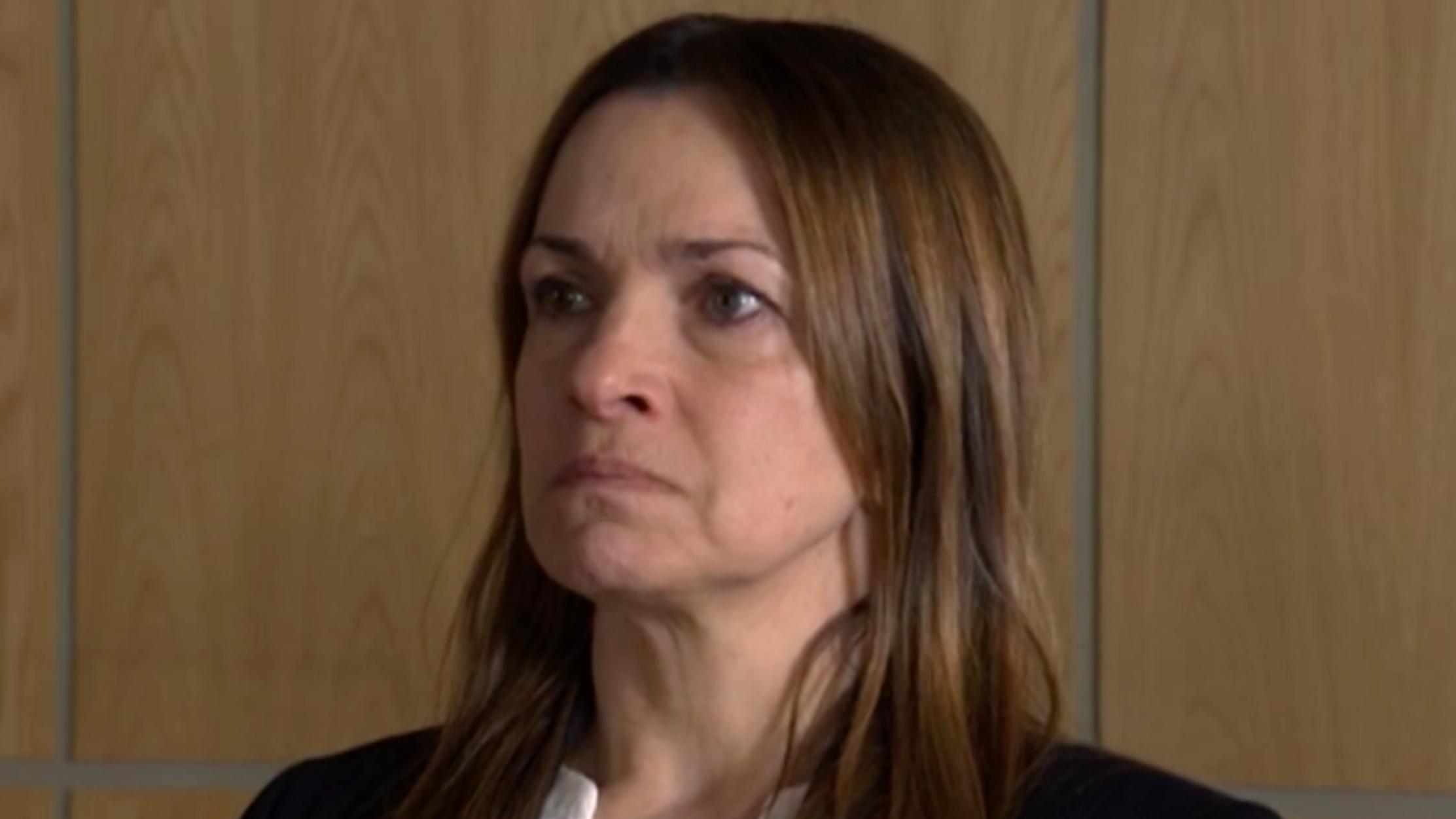 Justice was served in EastEnders tonight (May 21), as Katy Lewis (Simone Lahbib) was sentenced to 10 years in prison.

The abuser had pleaded guilty, and Mick Carter (Danny Dyer) was present in the dock as she stood before a judge to await her sentencing.

The landlord of the Queen Vic had prepared a victim impact statement, which he was due to read out.

Before that, however, his attention was diverted to Frankie (Rose Ayling-Ellis), after it was revealed she had provided Katy with a character reference.

Shirley (Linda Henry) was livid, but Mick understood why the young woman did what she did.

When the court summoned them back, Mick headed off to look for Nancy (Maddy Hill), but he found her having a seizure. He opted to stay with his daughter and look after her.

Linda (Kellie Bright), meanwhile, gave the nod for Mick’s impact statement to be read aloud in the courtroom.

Mick returned just in time for the judge to hand down Katy’s sentence: 10 years in prison.

The abuser looked Mick directly in the eyes and apologised for what she’d done, as she was taken away.

Mick, meanwhile, informed Linda that their family is okay now, and in emotional scenes – accompanied by the show’s iconic Julia’s Theme – the Carter clan united once again, ready to take on the world – a new chapter evidently on the horizon for the popular family.

EastEnders continues Monday May 24 at 8:05pm on BBC One.