Before Bachelor Nation suffered through Peter Weber’s season, there was another Peter who was constantly on everyone’s mind. Peter Kraus (who hailed from Rachel Lindsay Abasolo’s season of The Bachelorette) has been a long-time fan favorite in the Bachelor franchise. Fans fell in love with his sweet smile and charm. Unfortunately, despite the chemistry he shared with Lindsay Abasolo, the pair experienced a pretty tough breakup. 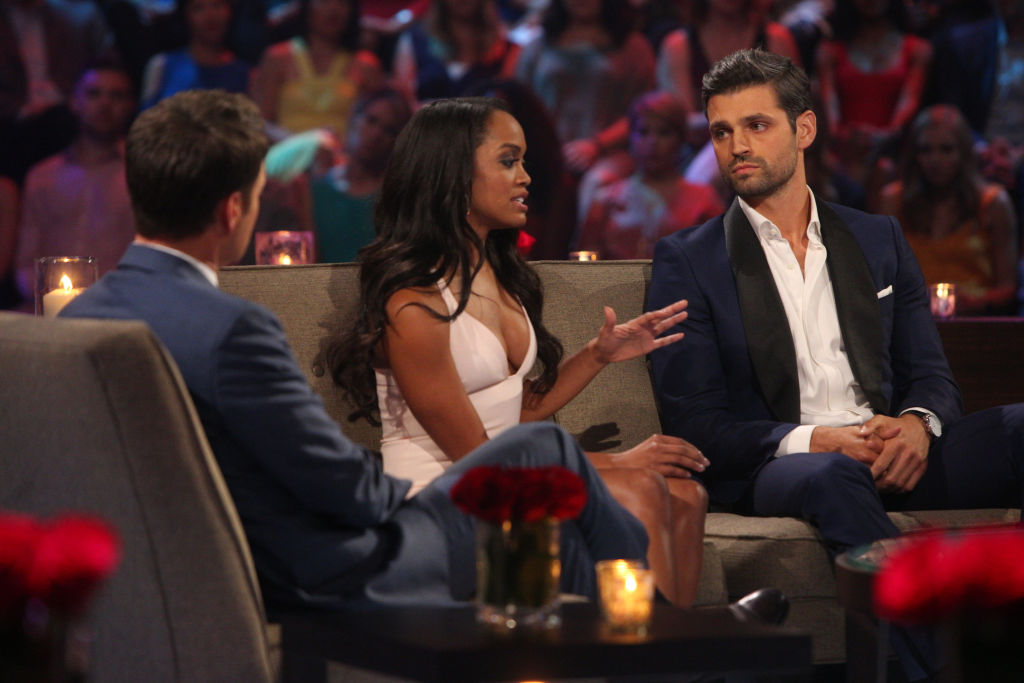 Peter Kraus’ time on ‘The Bachelorette’

Though Kraus cared about Lindsay Abasolo (and even introduced her to his friends and family) he wasn’t sure that he could commit to an engagement. He needed more time, but it was time that Lindsay Abasolo wasn’t willing to give. Citing that she didn’t come on The Bachelorette simply to leave with a boyfriend, she wanted Kraus to be able to propose with zero reservations. Kraus shared that he’d be willing to give up his personal beliefs and still propose, but ultimately the couple broke up and Lindsay Abasolo got engaged to Bryan Abasolo.

5 weeks of talking to pretty much no one but your dog every day will do strange things. Who can relate?

Fans were devastated when Kraus and Lindsay Abasolo broke up, but were hopeful that he would be the next Bachelor. He was respectful and seemingly unproblematic and had a lot of support from Bachelor Nation. So when Arie Luyendyk Jr. was chosen for the role, fans were completely confused as to why. Many people blamed The Bachelor producers, believing that they didn’t offer the role to Kraus. However, as it turns out, Kraus was offered the role not once, but three times, and turned it down.

Why Kraus turned down ‘The Bachelor’

In a recent interview on The Ben and Ashley I Almost Famous Podcast, Kraus got candid about why he turned down The Bachelor and why he hasn’t appeared on any of the spinoff shows like the infamous Bachelor in Paradise. Kraus said that at the time when he was first offered the role, he was seeing someone casually. The producers asked him if he’d be willing to break off that connection and he wasn’t sure. He also wasn’t sure if he was prepared to propose to a woman were he to accept the role.

“It was really hard for me and I couldn’t say I would for sure get in an engagement at the end of the show. It wasn’t that I knew for a fact that I didn’t want to. It was more that I couldn’t promise them that I would and I didn’t want to be forced to do it if I said yes to the show,” Kraus admitted about his first offer to be the bachelor.

When he was offered the role again, Kraus didn’t think that the compensation was worth it. As he has a successful business, what he was offered to be The Bachelor fell a great deal short of what he was already making. “Well, I make considerably more than that already per year. Why would I give up the rest of my life of being ‘Peter The Bachelor’ and no longer just Peter for the amount of money that isn’t life-changing?’ We all agreed it wouldn’t make sense to pay a lot of money because you’re no longer doing it for the right reasons,” Kraus added about the decision that he and the producers came to.

It’s hard to believe that one year ago I opened the doors to @peterkrausfitness I gave this place every ounce of energy and every dollar I had. Like every small business owner I did every prediction I could think of, wrote every best and worst case scenario, double and triple checked every budget. I saved up a huge rainy day fund, put moving, buying a house, having a social life all on hold, took a huge risk, signed the dotted line and prayed for the very best. Fast forward one year and the doors are locked the gym is empty and the future is uncertain. Not at all the one year anniversary I ever expected, not even in my worst case scenario predictions. It is an unprecedented and scary time we’re in right now. But I think back on the year and I am so grateful for allll of the people that have made PKFit their home for a year, a month, or even just an hour. And I’m grateful for all those who continue to support this dream of mine by purchasing our daily virtual classes and to those who are choosing to keep their memberships active so we can open our doors again when this is all over. We will all get through this together. I see the strength that we as a global and local community have and I know we will come back out on the other side. Thank you again to everyone who has made this a life changing first year at Peter Kraus Fitness. I hope to see everyone back again very soon! #StaySafeStayStrong #MotivationMonday #PKFit 📸 @dawsonbrauls

Other factors definitely contributed to Kraus’ refusal. He also wanted couple’s counseling and the opportunity to experience women in their natural environments. When he and The Bachelor producers couldn’t agree on terms, they thought it best to just go their separate ways. We commend Kraus for advocating for himself and sticking to his guns. He’s probably way better off without the show, especially given the producers’ recent penchant for extreme meddling.