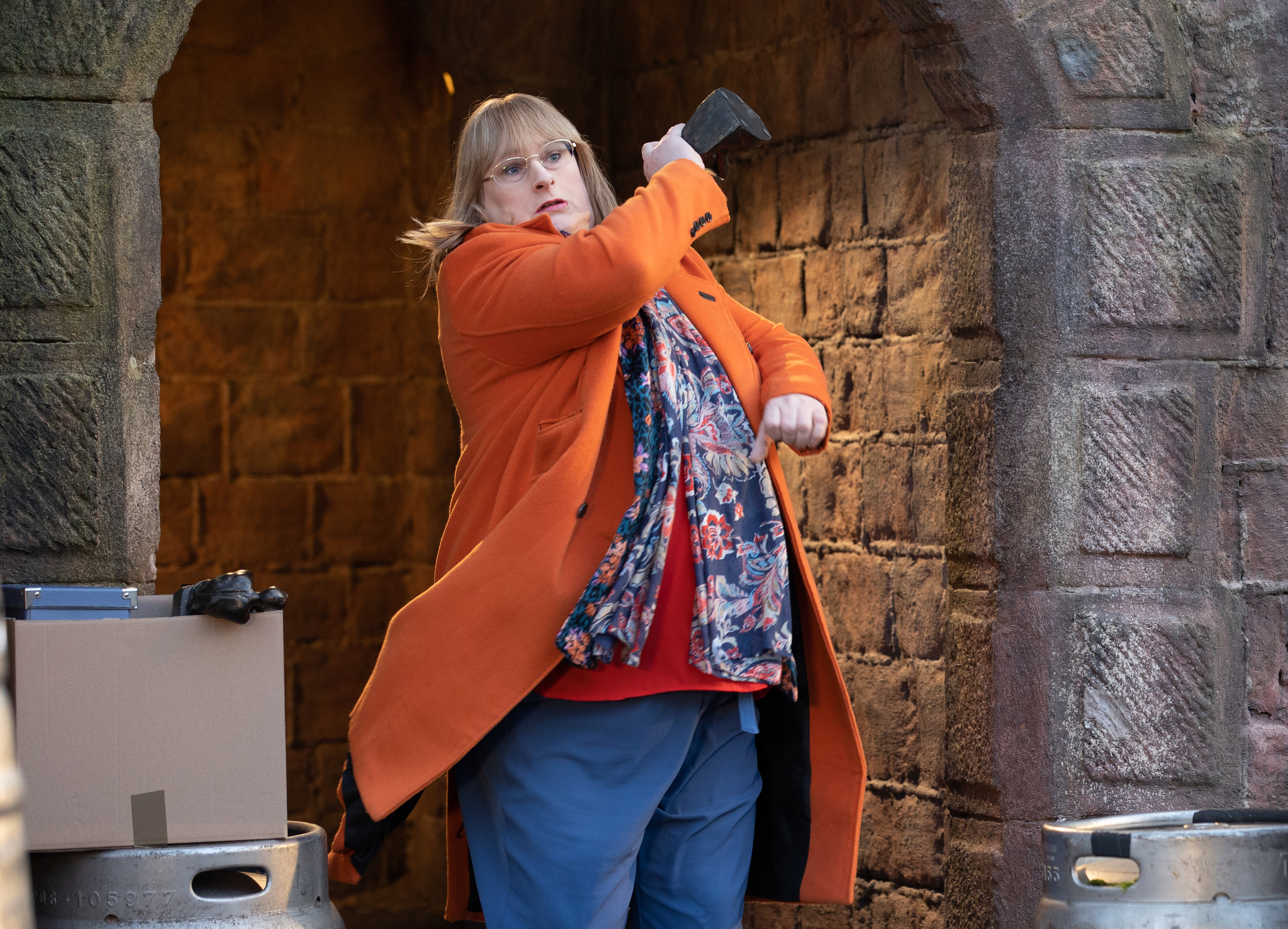 Viewers will know that Sally is actually the abusive copper’s killer, and she’s been desperately trying to convince the police that she committed the crime in the wake of her son’s arrest.

However, given that she’s an upstanding principal with no previous history of violence, DS Cohen (Ariana Fraval) has refused to take her claim of murder seriously.

Sally, therefore, is driven to take drastic action next week in order to free John Paul.

She goes to James Nightingale (Gregory Finnegan) for assistance, but James tells her that – due to John Paul having confessed – there is little he can do, other than minimise the sentence.

Matthew-Jesus, meanwhile, overhears a conversation between Sally and Theresa (Jorgie Porter) and comes to believe that John Paul did, in fact, kill George!

Sally therefore later calls Mercedes (Jennifer Metcalfe) and Sylver (David Tag). She’s got something she needs to tell them…

Will she confess to murdering George?

That remains to be seen, but she needs Sylver’s help, as – after James inadvertently gives her a plan with his mention of dash cam footage – she decides to re-enact the murder!

The head teacher casts Sylver as deceased George, but the McQueens are not impressed!

Will Sally’s plan go as, well, planned? Or will more blood be shed in the process?

Join the community by leaving a comment below and stay updated on all things soaps at our homepage.