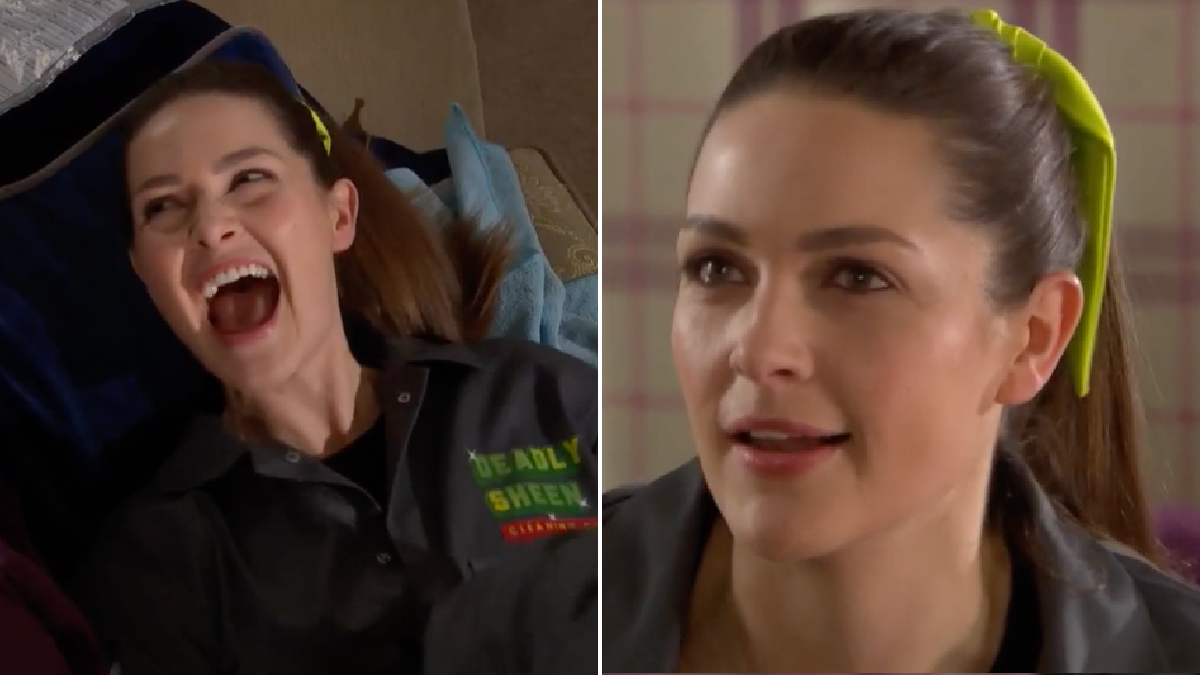 The soap’s resident schemer, as viewers know, assisted Ste Hay (Kieron Richardson) in burying Maya’s body, after Ethan Williams (Matthew James-Bailey) instructed them to do so.

Ethans scheming, however, led the duo to get one over on their so-called boss, as they moved Maya’s body to another location in the dead of night several months ago.

Their actions would ultimately come back to haunt them, as the police revealed earlier this week that the body had been found, and what’s more, a Deadly Sheen cloth was found with it, implicating Leela in the crime.

Determined to get his sister off the hook, Ste once again joined forces with Sienna, who hatched an elaborate plan to get her hands on the cloth.

She and Ste managed to convince Ethan to take part in their scheme, and thus the trio entered the police station, which was hosting an open day.

They succeeded in entering the evidence room without getting caught, and Sienna ultimately acquired the cloth in question, much to Leela and Ste’s joy.

The trio celebrated their victory, knowing full well that Leela is no longer a suspect given there is no evidence tying her to the crime.

They joy, however, could be short-lived, as spoilers for next week’s episodes reveal that Sienna has slipped up.

What exactly she has done remains to be seen, but she’s left with little choice but to seek assistance from her new boss, The Undertaker (Glynis Barber).

The Undertaker, also known as Norma, agrees to help, but not before making a deal with her new employee, one which somehow involves Liberty Savage (Jessamy Stoddart).

But just what does it entail?

Hollyoaks continues Monday May 30 at 7pm on E4, or stream the next episode first on All4 from Monday midnight.