The MP appeared on BBC Breakfast on Sunday to discuss the scandal in which the health secretary was seen breaching distancing rules after the Sun published pictures and a video of him and Gina Coladangelo kissing. The publication said the footage was taken on May 6. Both are married with children and following a backlash, Hancock resigned on Saturday. Bridgen told BBC viewers the leak was “a concern” and hinted who he believed it was.

Talking about the CCTV leak, presenter Roger Johnson said: “Presumably there is now an investigation into how that came into the hands of a national newspaper.

“What’s your view on that?” The MP clearly had his own suspicions and was quick to share his speculations.

He answered: “Well clearly it’s concerning, we know from previous endeavours that people can actually read print on paperwork from photographs – that could have been the Department of Defence or foreign affairs or any government department. 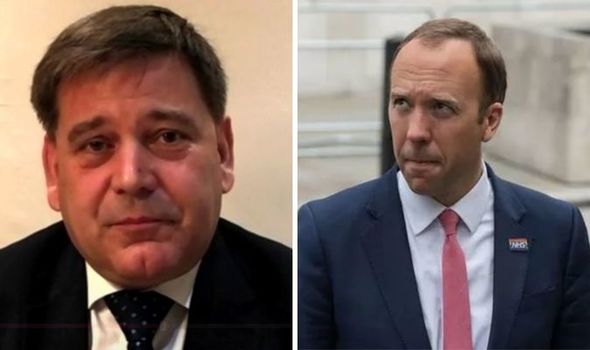 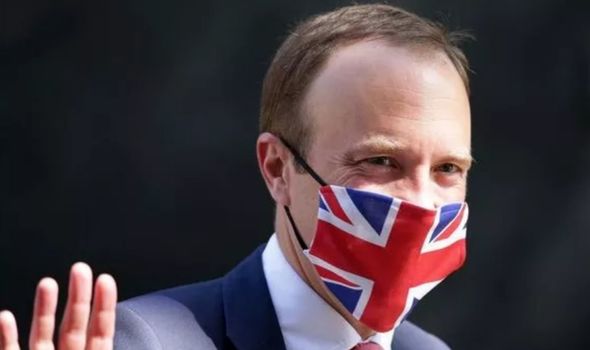 “Clearly, that’s a breach of security and of great concern.

“There should be an inquiry, we need to find out how it happened.”

Johnson commented: “Probably somebody who leaked it though was as exasperated as many members of the public to see the health secretary carrying on like that.”

“Well if I were carrying out the investigation I’d be looking for someone who very recently left their employment,” Bridgen replied. 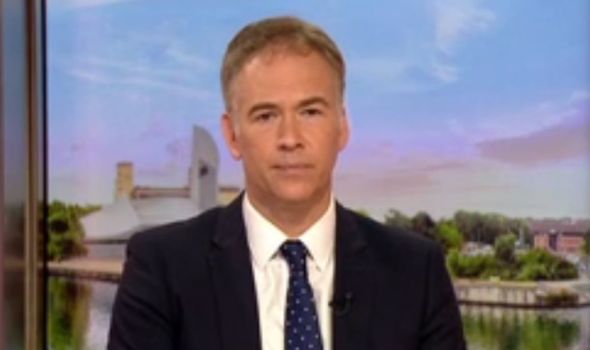 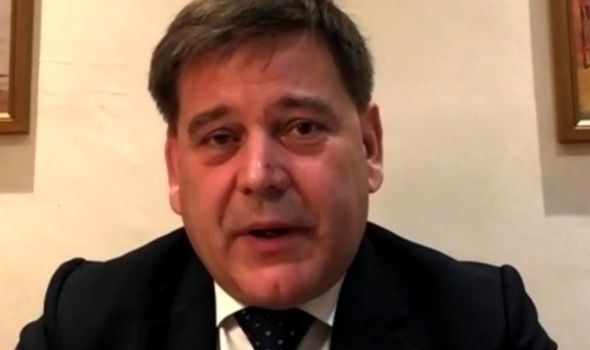 “Interesting,” Johnson said. It comes after mass calls for the health secretary to resign began after the footage emerged a few days ago.

Prime Minister Boris Johnson didn’t dismiss Hancock, but after growing pressure he resigned himself this weekend.

In his resignation letter to the Prime Minister, Hancock said: “I am writing to resign as Secretary of State for Health and Social Care.

“We have worked so hard as a country to fight the pandemic.

“The last thing I would want is for my private life to distract attention from the single-minded focus that is leading us out of this crisis.

In a video posted on Twitter, he stated: “I understand the enormous sacrifices that everybody in this country has made, that you have made, and those of us who make these rules have got to stick by them and that’s why I have got to resign.”

Boris Johnson said he was “sorry” to receive Hancock’s resignation.

BBC’s Laura Kuenssberg said No10 had stressed that it had been Hancock’s decision to leave.

Meanwhile Sajid Javid has said he is “honoured” to be appointed Health Secretary.

He said in a statement: “Honoured to have been asked to serve as Secretary of State for Health and Social Care at this critical time. I look forward to contributing to our fight against the pandemic, and serving my country from the Cabinet once again.”

A statement from 10 Downing Street, released on Saturday, said: “The Queen has been pleased to approve the appointment of the Rt Hon Sajid Javid MP as Secretary of State for Health and Social Care.”

BBC Breakfast airs daily at 6am on BBC One.