“Spider-Man: No Way Home” (Sony) exploded with Thursday preview grosses of $50 million, ranking behind only “Avengers: Endgame” and “The Force Awakens” in pre-opening day totals.

In the past, any film with previews over $40 million went on to opening weekends over $200 million. That now looks like a strong possibility for “No Way Home,” higher than consensus predictions around $200 million.

Only two December openings grossed over $200 million int heir opening weekends. “The Force Awakens” is top at $248 million, while “The Last Jedi” took in $227 million. Like “No Way Home,” both launched in mid-December.

In its first week, it’s likely that “No Way Home” will become the top-grossing film of 2021 (“Shang-Chi and the Legend of the Ten Rings” at $224 million is the current leader), perhaps as early as Sunday (although it is more likely to take a little longer).

This impressive performance came with help from very early start times (3 p.m. in many places, rather than the customary 7 p.m. or later), maximum availability of IMAX and other special-format higher-priced tickets, and very little competition.

International results, with some countries starting midweek, are also very strong. It opened in 15 territories December 15 with an initial $43.6 million take, including $10.1 million in the U.K. That was 50 percent better than “No Time to Die” (United Artists), which has grossed about $500 million on a per-capita basis.

This performance is a balm after a week of bad exhibition news including disappointing numbers for “West Side Story,” a nearly $1 billion judgment against Regal parent Cineworld, and announcements that deplete an already-weak Q1 2022 release calendar.

The full weekend will provide a more detailed portrait, but already “No Way Home” validates that for certain films — franchise films, especially comic-book related, particularly from Marvel — remain the cornerstone of theatrical viability. Anything short of that confirmation would have been devastating. This should settle the question of whether top-IP films will maintain theatrical exclusivity. 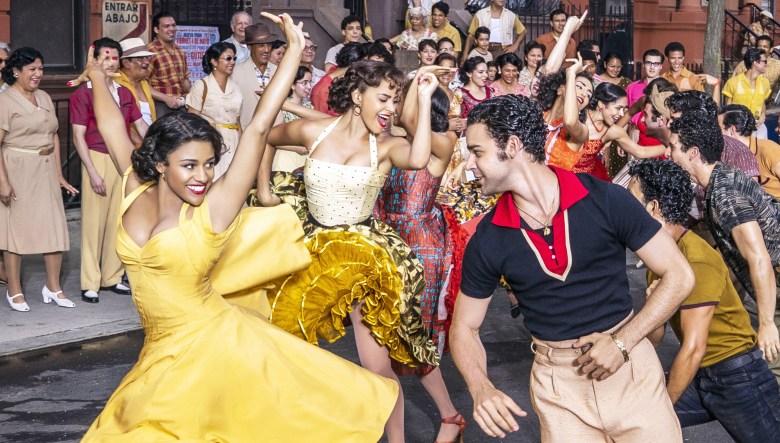 The next question: Will this encourage studios to reconsider their shifts to streaming platforms? Results to date for “West Side Story” reinforce the perception of a new normal by many decision makers: Non-franchise films aimed at adult audiences are a massive risk.

Does that hint of Omicron worries? Perhaps, but what’s certain is the first two months of 2022 will be weak and unlikely to sustain “Spider-Man” momentum. None of this diminishes “Spider-Man,” but no matter how big it can’t make up for the many other variables.