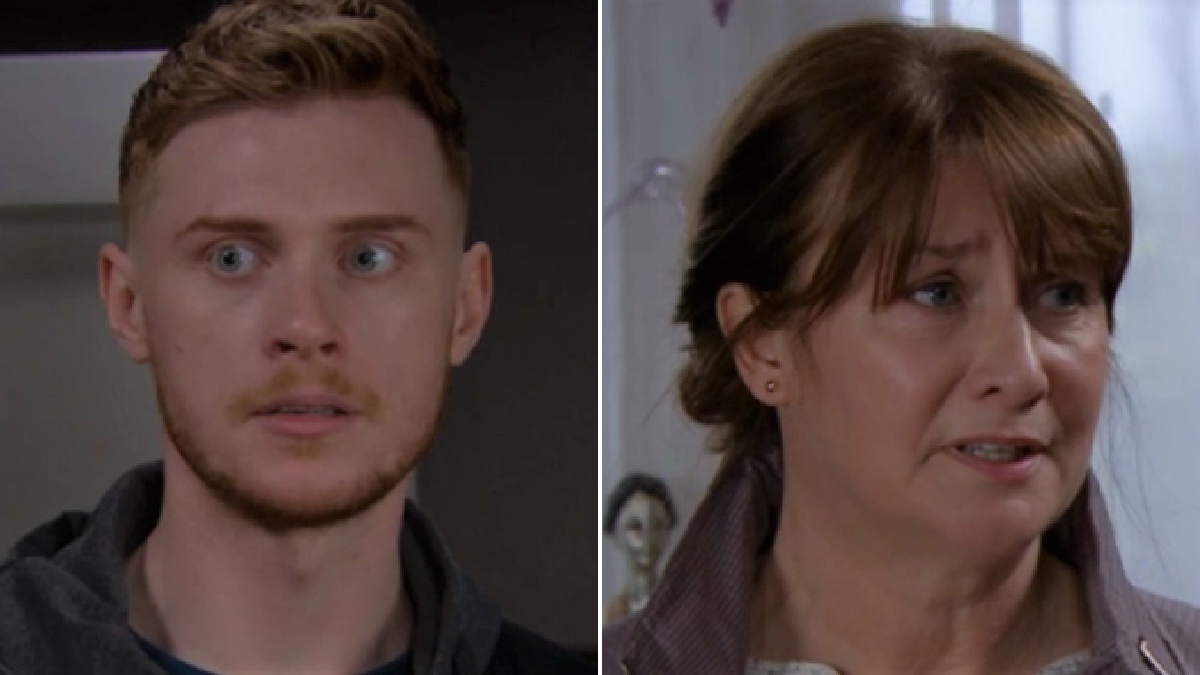 Friday’s (June 4) episode of Emmerdale revealed a huge shock twist that saw Luke Posner (Max Parker) reveal he fought with his brother Lee moments before he was attacked by Robert Sugden (Ryan Hawley).

Still reeling from the bombshell, Wendy (Susan Cookson) searched for answers in tonight’s (June 7) instalment of the ITV soap.

After a conversation with Vic (Isabel Hodgins), Wendy put a plan into place to try and reunite her with her brother.

As Wendy met up Ethan (Emile John), she asked whether Robert’s sentenced would’ve been reduced if the court knew about Luke and Lee’s fight.

Wendy begged Ethan for his help, saying she owes it to Victoria to try and fix the situation with Robert.

Back at home, Wendy confronted Luke about what she had done and explained she had given Ethan the post-mortem report.

Wendy told her son that if Lee’s brain was already bleeding following the attack, there’s a high chance Robert’s sentence could be altered, given the fact that he wasn’t completely responsible for killing him.

‘I didn’t help kill my brother’ Luke said, but after this massive reveal, it’s certainly not looking good for him.

With Ethan casting his eye over the post-mortem, what will he have to say?

Could a huge storyline be on the way if Robert’s time behind bars is reduced, and Luke gets sent down?