Steph McGovern, 37, was on hand to host her self-titled chat show, The Steph Show, today and was once again joined by a panel of guests. Due to the coronavirus outbreak and social distancing rules, the stars of the show spoke with the presenter via video calls from their own homes. It was for this reason a simple cooking demonstration went disastrously wrong and led the Channel 4 chat show host to apologise as communication became a real issue.

On hand to help Steph create a fried chicken burger was Great British Menu judge and chef Andi Oliver, who was joined by her daughter.

All the ingredients had been measured for the presenter so the cooking demonstration could be completed with ease, given the host was a self-proclaimed amateur.

However, when it came to dipping the chicken breast into the egg before coating it with a combination of oats and cornflakes, the host poured the liquid in with the dry ingredients.

As soon as she made the mistake, it was just one error after the other as the amateur chef tried not to waste any food, but did apologise to viewers and her guests for the mess she had created. 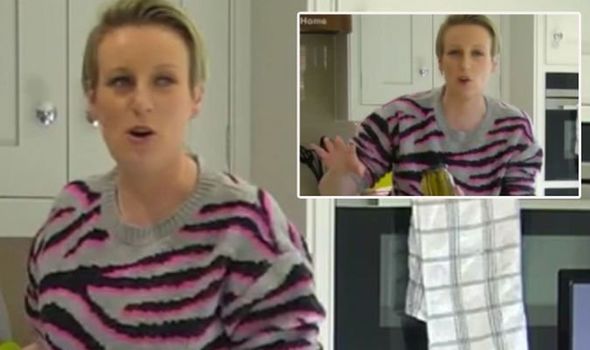 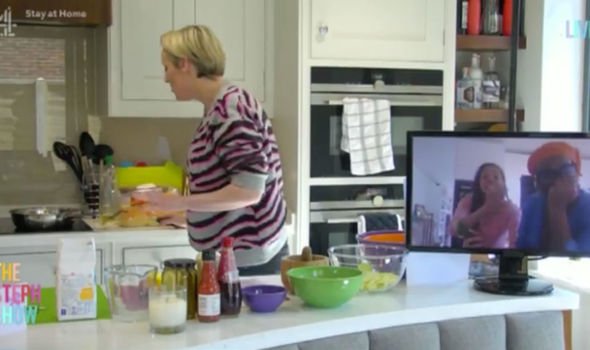 The communication via video call became a problem as Steph couldn’t clearly see what was happening on Andi’s screen.

As she turned her attention to frying the chicken and oaty scrambled egg, the presenter said: “I’m really sorry to anyone watching this because they’re not going to learn anything. I’ve absolutely messed this right up.”

It was hoped after an advertisement break the host could’ve got a handle on creating the burger, but her efforts seemed fruitless.

Regardless, the former BBC Breakfast star went ahead and ate the fried chicken she had made and said she quite enjoyed it. 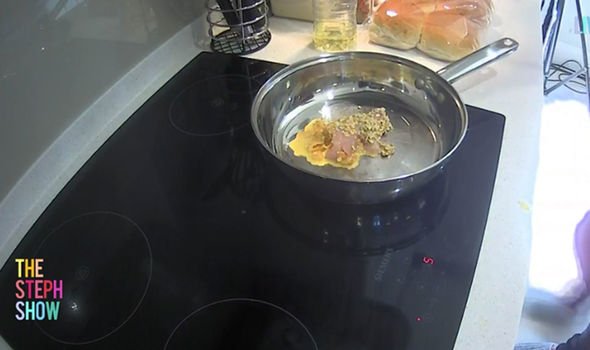 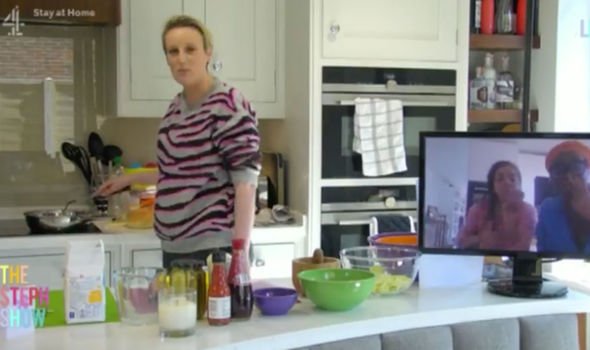 I made a shambles of that

Rounding off the show and the cooking demonstration, the presenter issued another apology as she told Andi: “I’m sorry. I made a shambles of that.”

After the chef offered to cook with her again in the future, Steph said: “I need all the help I can get.”

Taking to social media, viewers were in meltdown over the host’s efforts to make a fried chicken burger.

One posted on Twitter: “Do yourself a favour and turn on #TheStephShow on Channel 4 right now. Andi Oliver is trying to teach Steph McGovern how to make a fried chicken sandwich via Skype and it’s a MESS.”

Another added on the micro-blogging site: “Whatever Steph is making it looks a bit rank #TheStephShow.”

Whilst a third commented: “#thestephshow @stephbreakfast Watching Steph cooking, it’s like watching myself! This is the sort of TV I need to be watching right now, real great fun.”

A fourth simply stated: “Steph give up on the cooking #thestephshow.”

Earlier this week, Steph informed viewers her Daytime chat show was supposed to have launched on Channel 4 on Monday.

However, due to the current coronavirus outbreak, the decision was made to bring the launch date forward to last month and she would host the programme live from her home.

The first episode on March 30 debuted with 234,000 viewers tuning in and five members of production on hand to bring the show to air for an hour each weekday.

Speaking of letting cameras into her home, Steph said: “I’m a private person, so to fling open my doors to the nation is daunting.

“But these are very strange times, so we’re all doing stuff out of our comfort zone.”

The Steph Show airs weekdays at 12pm on Channel 4.