Sting, Sarah Silverman, Nick Offerman and more appear in the trailer for Have a Good Trip: Adventures in Psychedelics, out May 11th on Netflix.

The film explores the history of psychedelics — its pros and cons and cultural impact — while pondering its possibilities for treating depression and addiction. “I don’t think psychedelics are the answers to the world’s problems,” Sting says in the opening of the clip. “But they could be a start.”

Offerman appears as a mad professor in a lab, asking the camera, “What is going on in your brain when you’re tripping?” in front of a scribbled chalkboard. Several musicians, actors and comedians chat about their own experiences with hallucinogens, with trippy animation interspersed across the screen.

“It’s always when you say, ‘I don’t feel anything,’” Silverman says, sitting at a picnic table. “Do I feel anything? What is feeling?” A$AP Rocky adds, “No lie, a rainbow shout out of my dick.”

Adam Scott stars as the host of a vintage After School Special on LSD, while Grateful Dead drummer Bill Kreutzmann shares stories of his cymbals melting during a performance. Ben Stiller admits he’s only taken acid once: “Maybe didn’t even need to,” he says. “Probably could have just watched this documentary.”

Have a Good Trip was written and directed by Donick Cary, with a score by Yo La Tengo. A coloring page of the film’s poster accompanied the trailer. 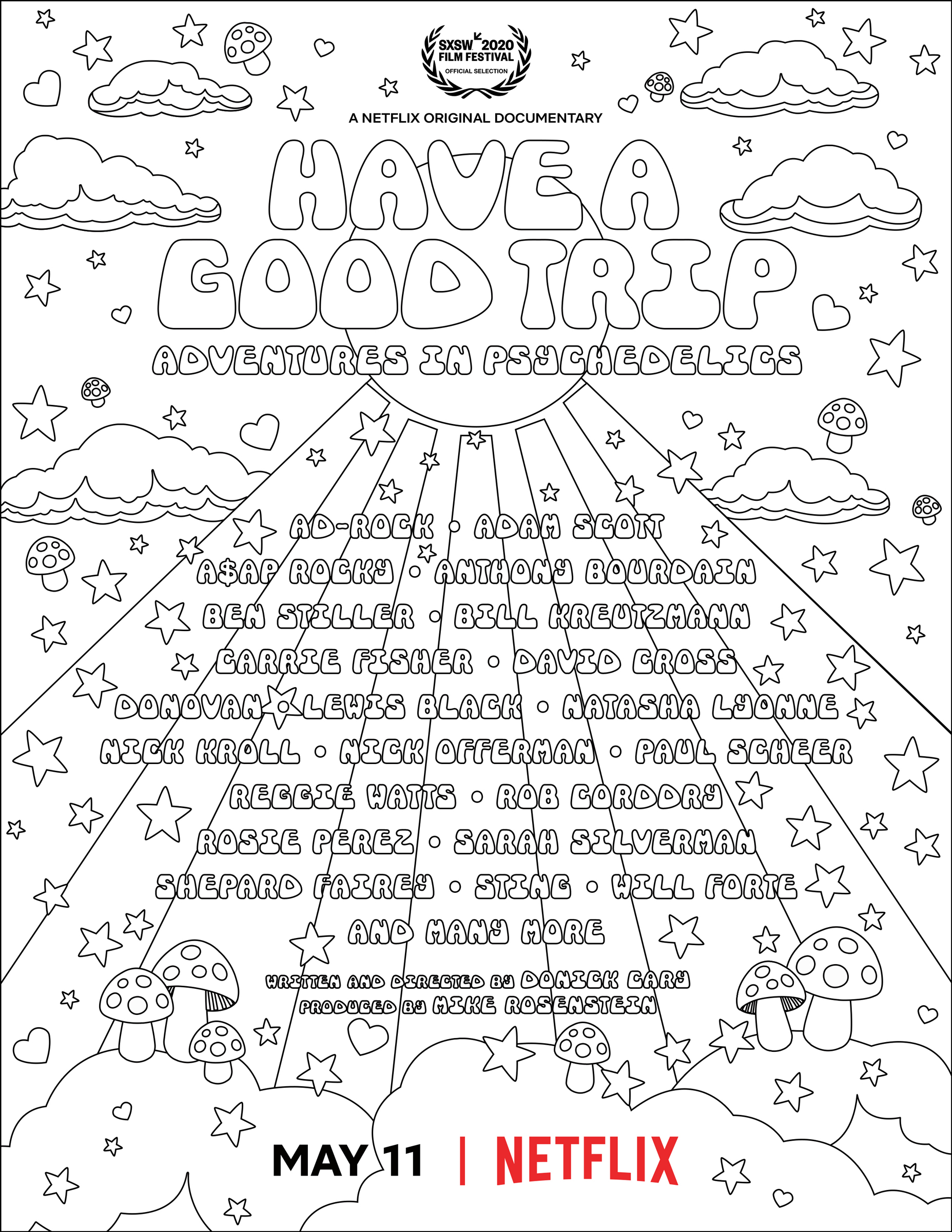