When Netflix’s Stranger Things quietly arrived on the streaming platform on July 15, 2016, very little was known about the show. It was one of the first original Netflix series and had a heavy hand in the binge-watching craze. Once viewers got a taste of the heavily nostalgic show, there was no turning back. It was a certified smash hit.

A large part of the appeal was due to the premise appealing to both the younger generation and older Millennials and Gen Xers. The show takes cues from numerous well-loved ’80s films. Here’s which movies are referenced in season 1. 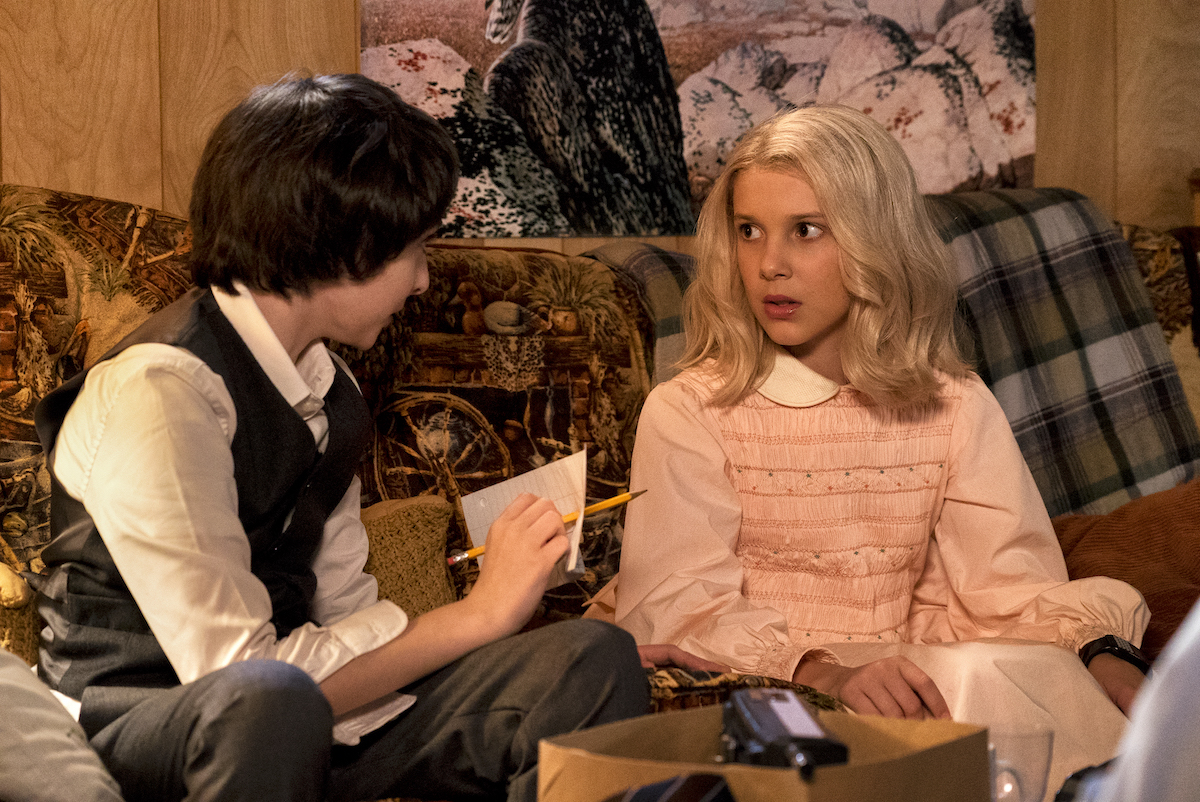 ‘Stranger Things’ Season 1 references ‘E.T.: The Extraterrestrial’ the most

From the opening shot of season 1, episode 1, the E.T. references are hard to miss. The way the camera pans down from the stars is identical to the opening image in E.T. The fact that the series also goes directly from a science lab to a group of kids playing Dungeons and Dragons is yet another nod to the beloved alien film.

In season 1, Eleven (Millie Bobby Brown) is given clothes by her new friends to blend in when they head to their school. The outfit they give her is very similar to what Gertie (Drew Barrymore) dresses her alien pal in so that nobody recognizes him. Mike (Finn Wolfhard) also hides Eleven in his house, much like Elliot does with E.T.

The show Stranger Things definitely has aspects that appeal to kids, but that doesn’t mean it’s not super creepy. The show does involve a monster who eats people. Stephen King’s works have a significant impact on the tone of the show.

In Firestarter, King’s character Charlie McGee, also played by Barrymore, has telekinetic powers. There’s a similar shot of Eleven with electrodes placed on her head, just like Charlie in the book’s film adaptation. Charlie’s father, who’s also telekinetic, nose bleeds when he uses his powers.

There’s also King’s novella, The Body, that’s referenced. Obviously, a group of young boys getting in over their heads can be counted as a nod to Stand By Me, the movie based on The Body. There’s also a shot of the kids walking down a set of railroad tracks. This Is similar to a scene in the Corey Feldman flick. Plus, one of the episodes in Stranger Things Season 1 is titled ‘The Body.’

Chief Jim Hopper’s (David Harbour) Bronco could either be a nod to E.T. or Jaws. The scientists in E.T. drive one in the opening scenes, and Chief Martin Brody (Roy Scheider) drives one in Jaws.

Poltergeist is heavily referenced in a shot of the Wheelers having breakfast as it mimics the same setup as the Freelings have in the 1982 film. The haunted house flick also has a young girl taken to another dimension while the family takes on otherworldly monsters. Sounds like the Byers, right?

Each season has delighted fans with hidden movie references and really upped its rewatchability factor. The first three seasons of Stranger Things is currently streaming on Netflix.