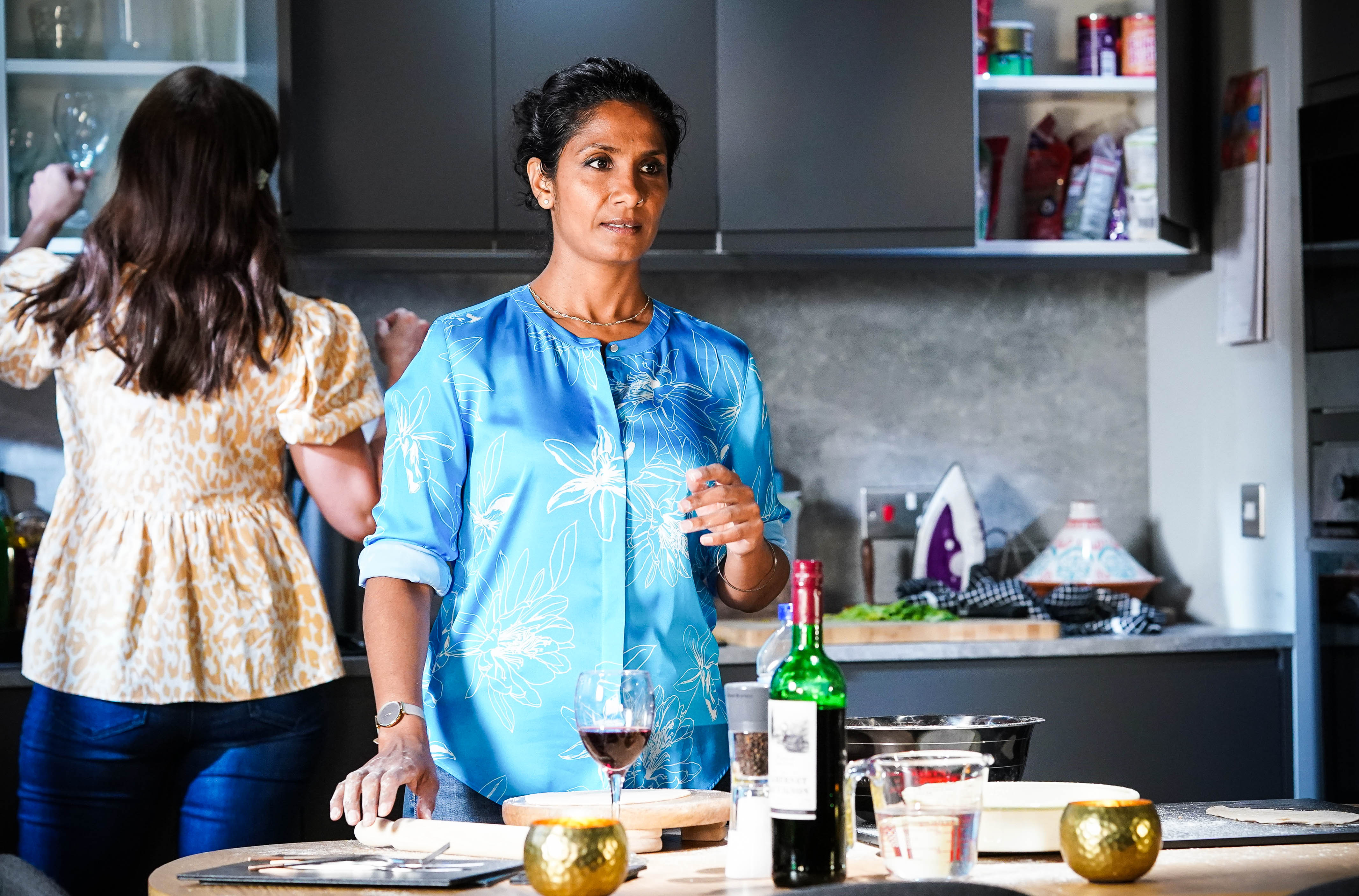 Suki Panesar (Balvinder Sopal) is desperate to make amends with daughter Ash (Gurlaine Kaur Garcha) in upcoming EastEnders scenes, and therefore she makes her an offer.

But is it one Ash will refuse?

But when Ash interrupts them, Suki rages with jealousy. That is, until Ash reveals what’s happened, and she subsequently blames the outcome of her performance review on Suki threatening her manager.

Suki, determined to put things right, reveals she plans on expanding her empire by buying up another property and turning it into a GP surgery!

What’s more, she wants Ash to work there.

Ash, however, is angered by these plans. That is, until Honey steps in, defending Suki.

The doctor sees another viewpoint in the wake of Honey’s comments but will she take Suki up on her offer?

She makes an effort later in the week, apologising for not appreciating her.

Has something transpired to change Suki’s mind? Or is she simply punishing her daughter for failing to appreciate her offer sooner?