Amazon Prime Video dropped its Indian political series Tandav, a complex tale following a fictional politician’s lust for power at any price. The nine-part drama dropped in one go and featured an all-star cast including Saif Ali Khan and Dimple Kapadia. Some people have already raced through the show and are looking for something new – here are some similar shows from around the globe.

Tandav was billed as India’s version of House of Cards with its focus on a machiavellian statesman resorting all manner of unsavoury and murderous acts to get to the top.

If you haven’t watched House of Cards, the drama is worth checking out – both the original BBC series and the American remake.

House of Cards sees Frank Underwood (played by Kevin Spacey) in the American version and Francis Urquhart (Ian Richardson) in the original scheming through blackmail, lies and murder to become leader.

The British edition was made in the early 1990s and is a direct adaptation of Lord Michael Dobbs’ House of Cards novel trilogy, while the US version ran for six seasons and finished on a odd note due to controversy surrounding Spacey during filming on the final series. 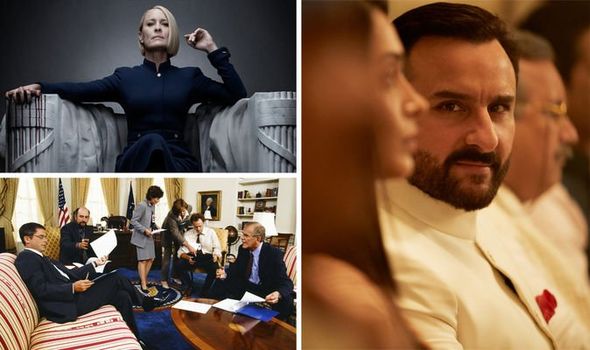 Where to watch: Netflix

From a minor centrist politician, Nyborg finds herself running the country and trying to keep various members of her party happy as well continuing with the spin to keep her in power.

The show has been an international hit and comes from the makers of Scandi Noir crime drama The Killing.

Borgen has proved so popular, Netflix and Danish broadcaster DR have teamed up to make a season four which is due for release in 2022.

Where to watch: All 4

The West Wing is a wonderful take on the inner-workings of the Oval Office with an overview of Capitol Hill.

The West Wing portrayed a time of more idealism within American politics before the advent of fake news, misinformation and the proliferation of social media.

The show launched the careers of many of its cast while putting Aaron Sorkin on the map as an acclaimed screenwriter.

Where to watch: Amazon Instant Video

Miniseries State of Play serves up the compelling tale of politician Stephen Collins (David Morrissey), who finds himself in the middle of a media storm after his researcher is found dead.

The beleaguered MP enlists the help of his old campaign manager and journalist friend Cal McCaffrey (John Simm) to get him out of this PR nightmare.

What Cal undercover, however, is a far-reaching conspiracy he could never have imagined.

Where to watch: All 4

Channel 4’s short-lived series Indian Summers follows the beginning of the end for the British Empire and imperial rule in India in the 1930s.

The show follows several characters on different sides of the political spectrum with growing unrest and the burgeoning Indian independence movement gaining momentum.

Other shows falling into a political vein are Designated Survivor on Netflix which imagines what happens when most of the American cabinet are wiped up and a minor politician ends up as the Commander-in-Chief; The Wire on Now TV – excellent social commentary dipping into everything from the corridors of power to newsrooms to the streets in Baltimore, Maryland; and finally the critically-acclaimed A Very English Scandal on the BBC iPlayer from Russell T. Davies which recounts the Jeremy Thorp affair.