THE Chase's Anne 'The Governess' Hegerty had an uncharacteristic stumble on Thursday's show and Bradley Walsh mocked her for it.

Anne, 62, who is considered one of the greatest quizzers in the world stumbled over a 'simple' Peppa Pig question as fans worried about her 'form'. 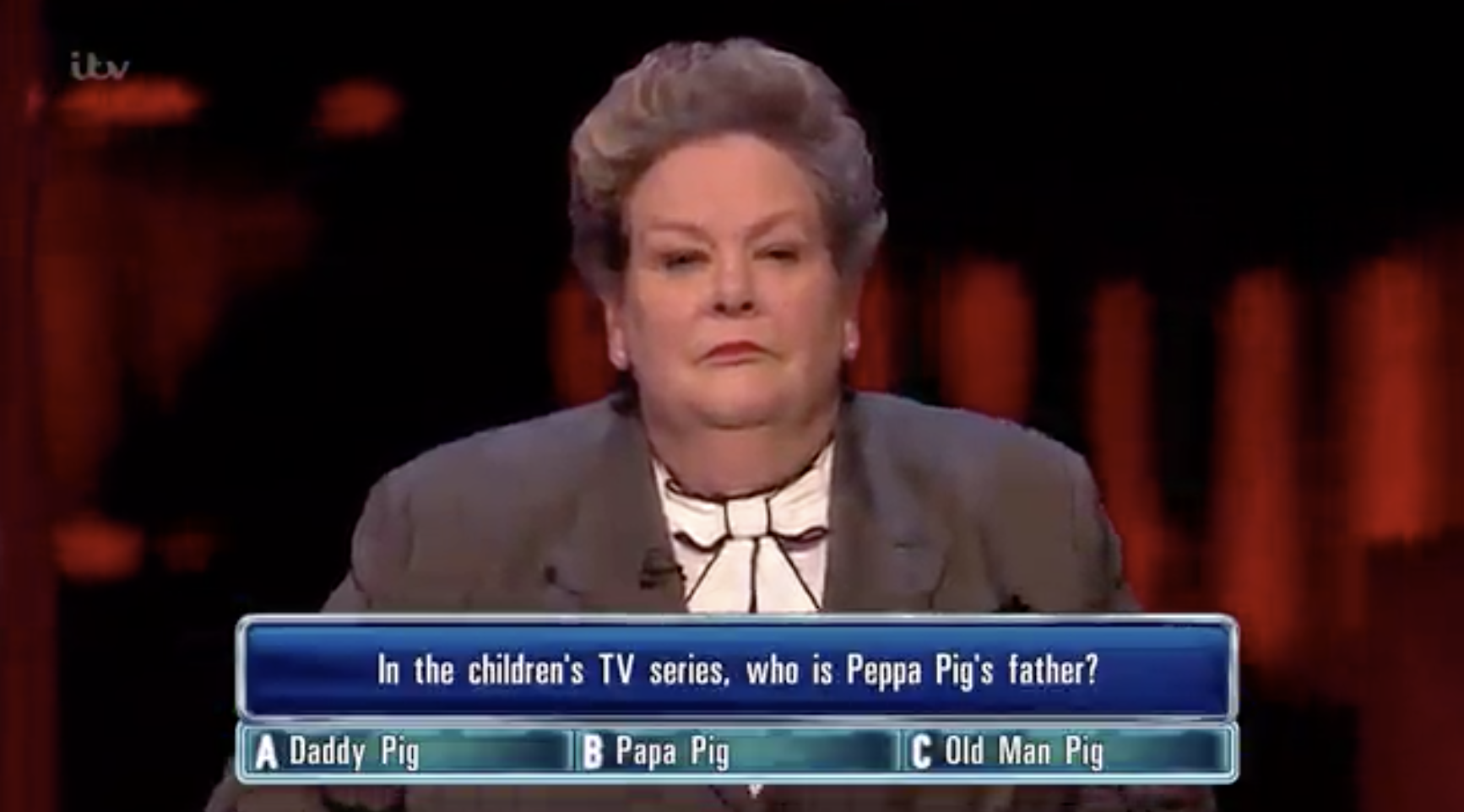 The fan favourite went up against Dee from Manchester and they were asked what the name of Peppa Pig's dad on the beloved kid's cartoon.

Her stumble then opened up the game for Dee who gained a stronger chance of making it through to the final round.

Anne's gaffe did not go unnoticed by Bradley who mocked her for her mistake. 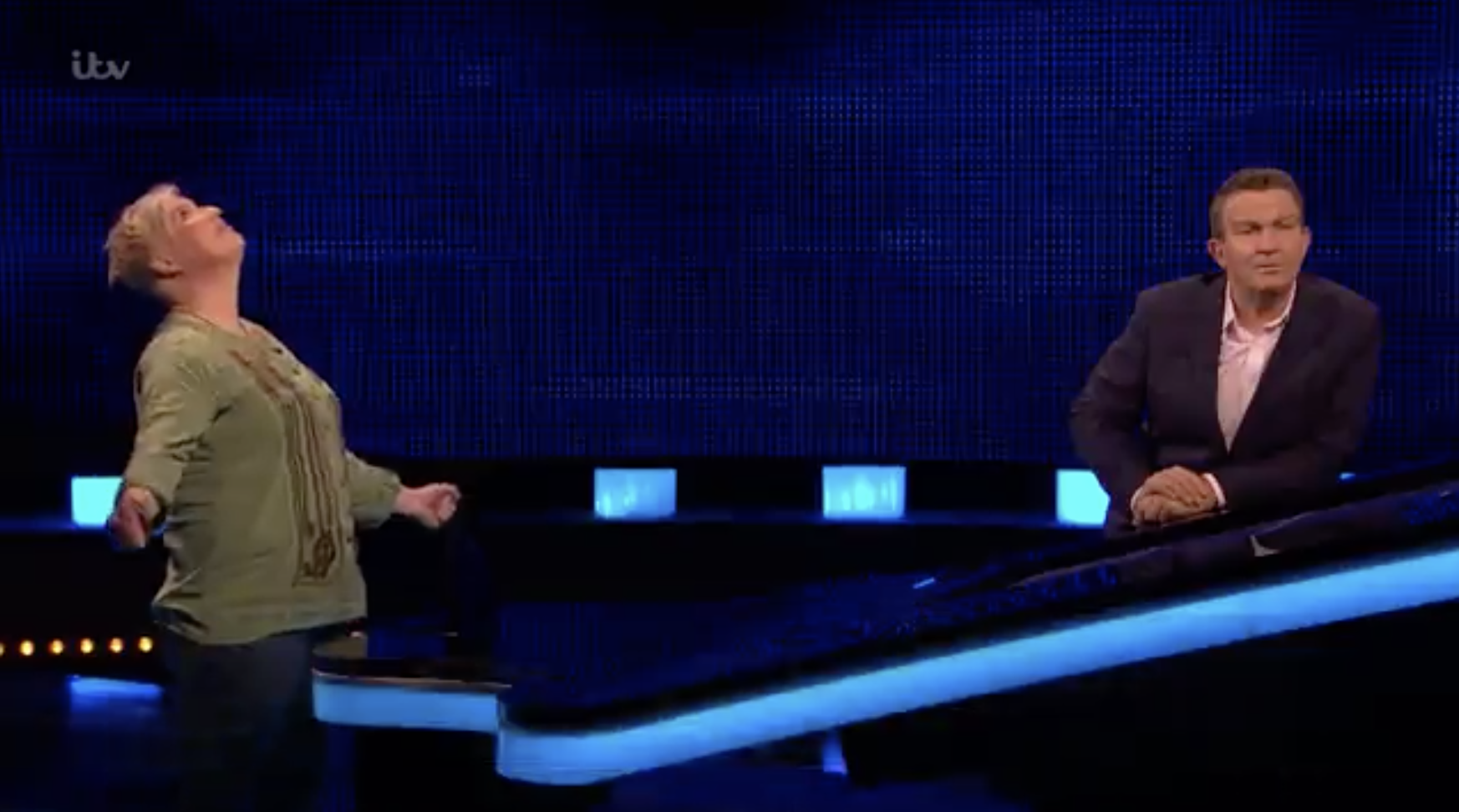 "The game spreads apart on a Peppa Pig question," he joked.

"Anne, one of the top female quizzers, opened up the game on a Peppa Pig question."

Fans agreed that it was astounding she did not know the name of Peppa Pig's dad.

"Anne will never live that down now about the Peppa pig question," wrote one Twitter user.

And another added: "How can you not know Daddy Pig?!"

Anne stumbled again in the round against Dee, getting a question wrong about Oscar winning actresses and fans worried about The Governess. 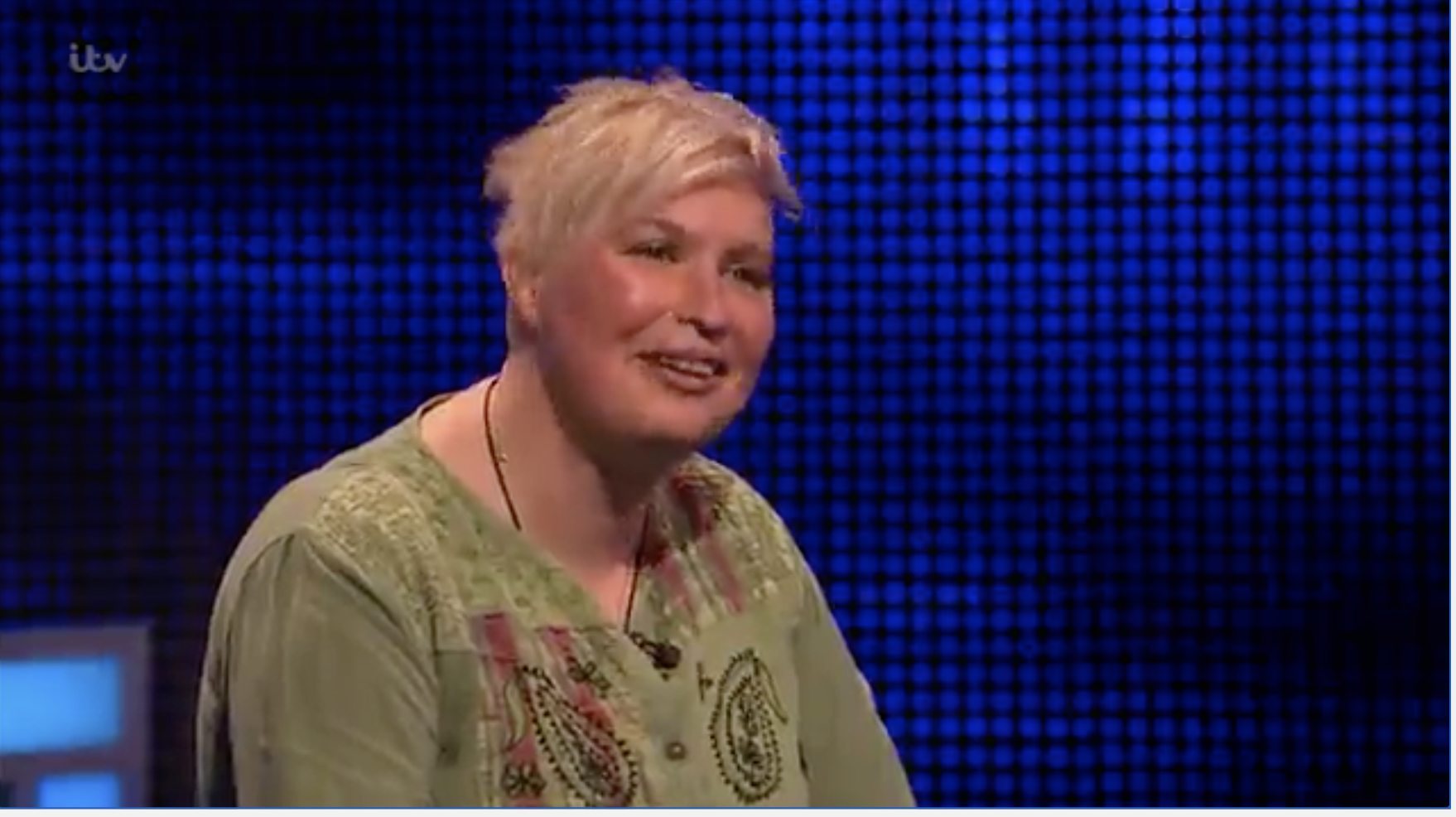 Dee went on to the final alongside teammates John and Sylvia who had managed to get £16,000 on the board.

But Anne regained her form and easily caught them on 17 with a handy 17 seconds remaining.

The Governess revealed she recently stopped a group of thieves who tried to steal her shopping.

Anne recalled: “The car was parked around the corner, and I came back at one point to find this rather rough-looking couple trying to make off with my shop.

"They didn’t recognise me but they didn’t actually expect that sort of language.”