Mindy Kaling is now an award-winning writer, producer, director, and actor. But for The Office fans, she’ll always be remembered as the hilarious Kelly Kapoor.

However, the version of Kelly that fans got was nothing like the one writers had initially imagined. Kaling had a lot to do with Kelly’s evolution. Enough so that showrunner Greg Daniels suggests she “hijacked” the character. 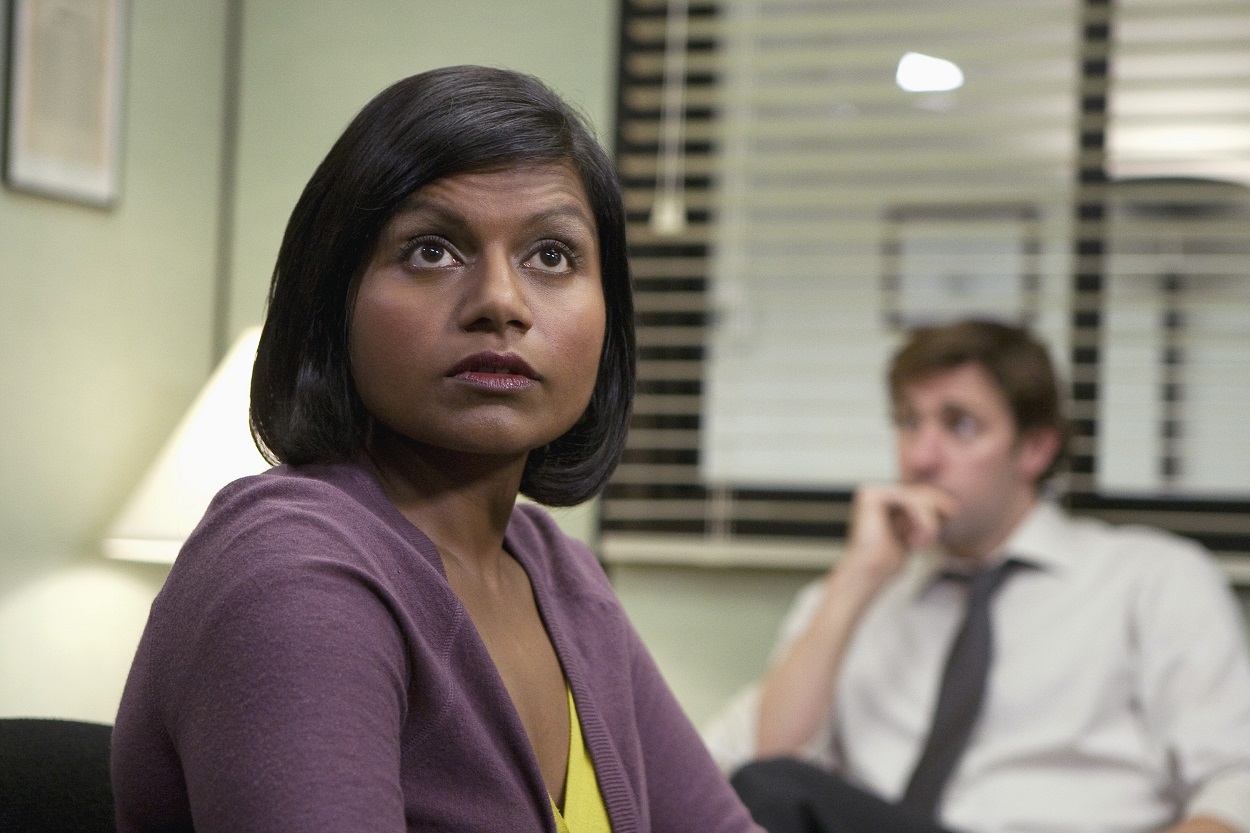 How Mindy Kaling was hired to work on ‘The Office’

These days, Kaling is working on blockbuster projects like Netflix’s Never Have I Ever and Legally Blonde 3. But when she started her career, she was fresh out of Dartmouth, coming off the heels of a play she did with collaborator Brenda Withers.

In an appearance on Jenna Fischer and Angela Kinsey’s Office Ladies podcast, The Office showrunner Greg Daniels revealed how he hired Kaling as a writer for season 1.

“As Mindy wrote this off-Broadway play called Matt and Ben about Matt Damon and Ben Affleck writing Good Will Hunting,” he said. ‘And Mindy played Ben Affleck and her and Brenda, who’s in ‘Booze Cruise’ played Matt Damon. And it was a hilarious play.”

Daniels went to see Kaling’s play with his wife, Susanne Daniels, a network executive who was talent scouting at the time. He found the production to be “super funny.” So, when Kaling’s spec script came into him soon after, he knew he had to hire her.

“Then by coincidence, Mindy’s spec script came in like the next day for me to read for staffing for writers,” Daniels revealed.  “I was like, wait, that’s the one I just saw.”

Daniels strived to make The Office a collaborative project. So he often asked his writers and actors to switch roles.

“I really wanted to mix it all and have a more handmade feel to it,” Daniels said on Office Ladies. “And so I had a lot of the writers act, and I would ask some of the actors to write.”

Kaling was added to the cast as Kelly Kapoor in the season 1 episode, “Diversity Day.” And along with serving as a writer and producer, she remained a cast member until the show’s final season.

In her first appearances on The Office, Kelly Kapoor often had her hair up in a bun and wore more conservative clothing. But that wasn’t the look Kaling wanted for her character. According to Daniels, she slowly changed different aspects until Kelly looked the way she wanted her to.

“Well, this is a long campaign that Mindy waged behind the scenes,” he told Fischer and Kinsey on their podcast. “And I know she plotted it. And every, every step was a victory. And a lot of it would be.”

“We’d kind of do a double-take, [and] go, ‘Hey, wait, wait. What are you wearing?’” he continued. “She would slip something in. And she kind of hijacked that character and made it into her character.”