The Voice UK: Tom says his wife ‘was very honest’

The Voice star Anne-Marie was victorious as a judge and mentor on the ITV show last year, as Craig Eddie won the competition under her tutelage in the pop debut series. However, behind the scenes, music legend Sir Tom Jones is keeping her grounded ahead of the eleventh instalment of the talent show.

Anne-Marie is on a 100 percent winning streak, having led her act on The Voice to glory last year, and she gave an insight into life as a judge off-screen.

When asked who the most competitive judge was on the show, the pop star replied: “I think Olly, but then every time I walk in and say ‘oh I won last year remember’ Tom is quick to shut me down, so actually I think Tom.

“I think he is secretly like, ‘Nah, it’s not happening again Anne-Marie, I’m going to win this year, so watch out’.” 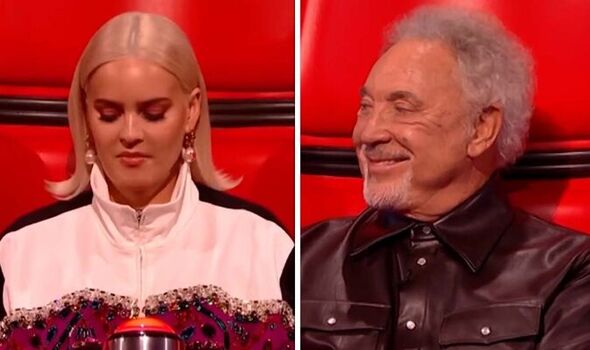 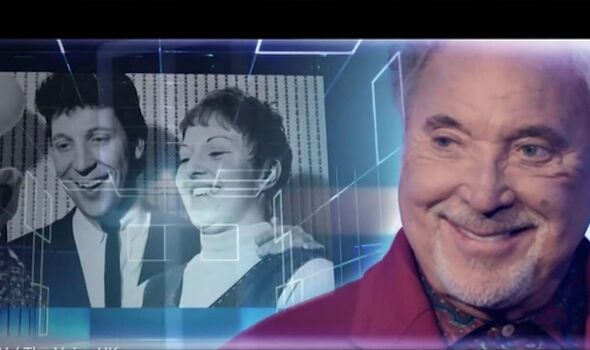 However, Sir Tom was less focused on the rivalry between fellow popstars and coaches, Olly Murs, Anne-Marie and will.i.am.

When asked what the dynamic was between the stars, the singing veteran said: “We all really want the same thing.”

But the 81-year-old was not referring to winning the competition.

Sir Tom remarked: “We want to give new singers a chance to try if previously they haven’t made it. 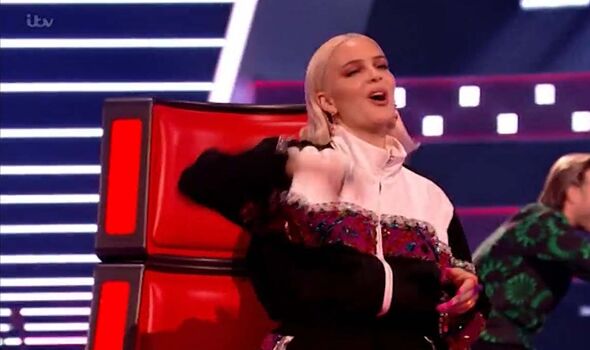 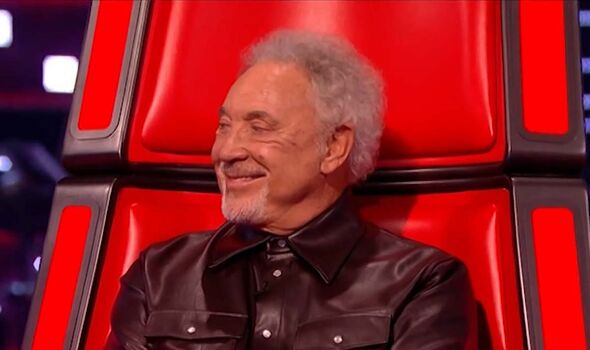 “Some of them are older, retired, and they’ve come back or people have gotten married and had children and then want to pick up where they left off.

“We all want to help them reach their goal really and we all feel that. But we are all different in what we are listening to.”

The Sexbomb singer added: “I can tell sometimes if somebody comes on whether he or she would be better suited to Olly or Anne-Marie or will.i.am.”

The singer is a popular member of the panel, even when cheekily shutting down the hopes of fellow judges.

Presenter Emma Willis admitted being in the company of Tom and his fellow coaches is a highlight of starring on the ITV primetime show.

She said: “ I love listening to the coaches have a natter, especially when Tom is regaling another phenomenal story or singing the most beautiful song, which often makes me cry.

“That man is incredibly special. He is an absolute icon and commands respect without actually commanding anything.”

The eleventh series of the show will now include an exciting new format called The Callbacks.

Singers who have made it through the Blind Auditions will sing the same song as their rivals in order to win a spot in the semi-final of the competition.

On the fresh round, Anne-Marie said: “I love the Battles because I love being competitive so I love watching people fight it out.

“This one I thought was so cool, because you can give them the same song and you can really see if they’re an artist or not.

The Voice UK airs Saturdays on ITV at 8pm