THIS Morning viewers shocked at Alison Hammond and Dermot O'Leary's 'dirty jokes' as they talked about loud sex.

The hosts were joined by Vanessa Feltz, 59, as a caller complained about their noisy neighbours having sex too loud. 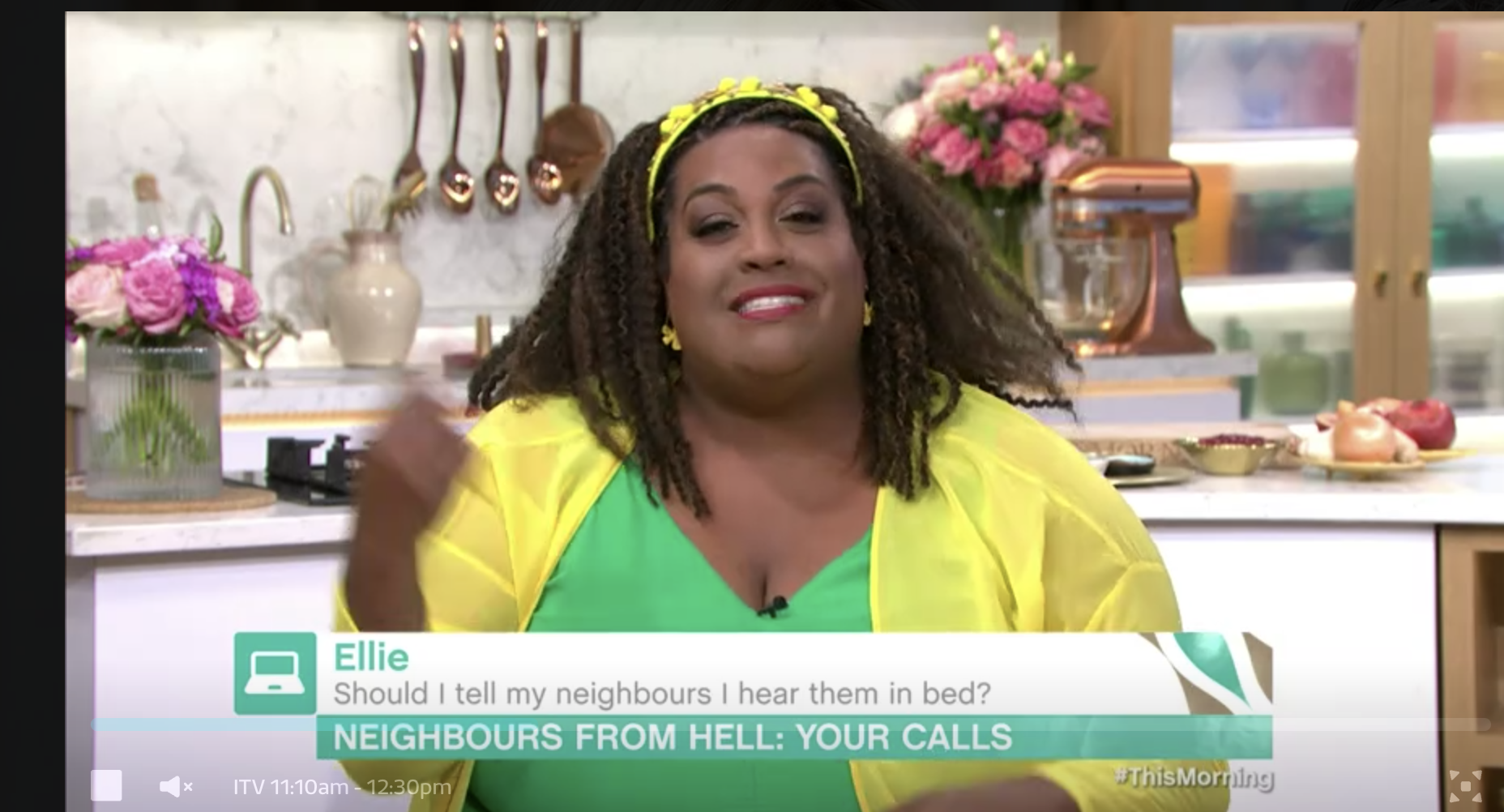 This Morning's Dermot and Alison turned the air blue with their jokes about loud sex after a caller complained to Vanessa about it.

He joked Alison's neighbours told her to keep it down too.

Vanessa Feltz got fans excited when she talked about noisy neighbours enjoying getting "chocolate on nipples" and "chandeliers shaking." 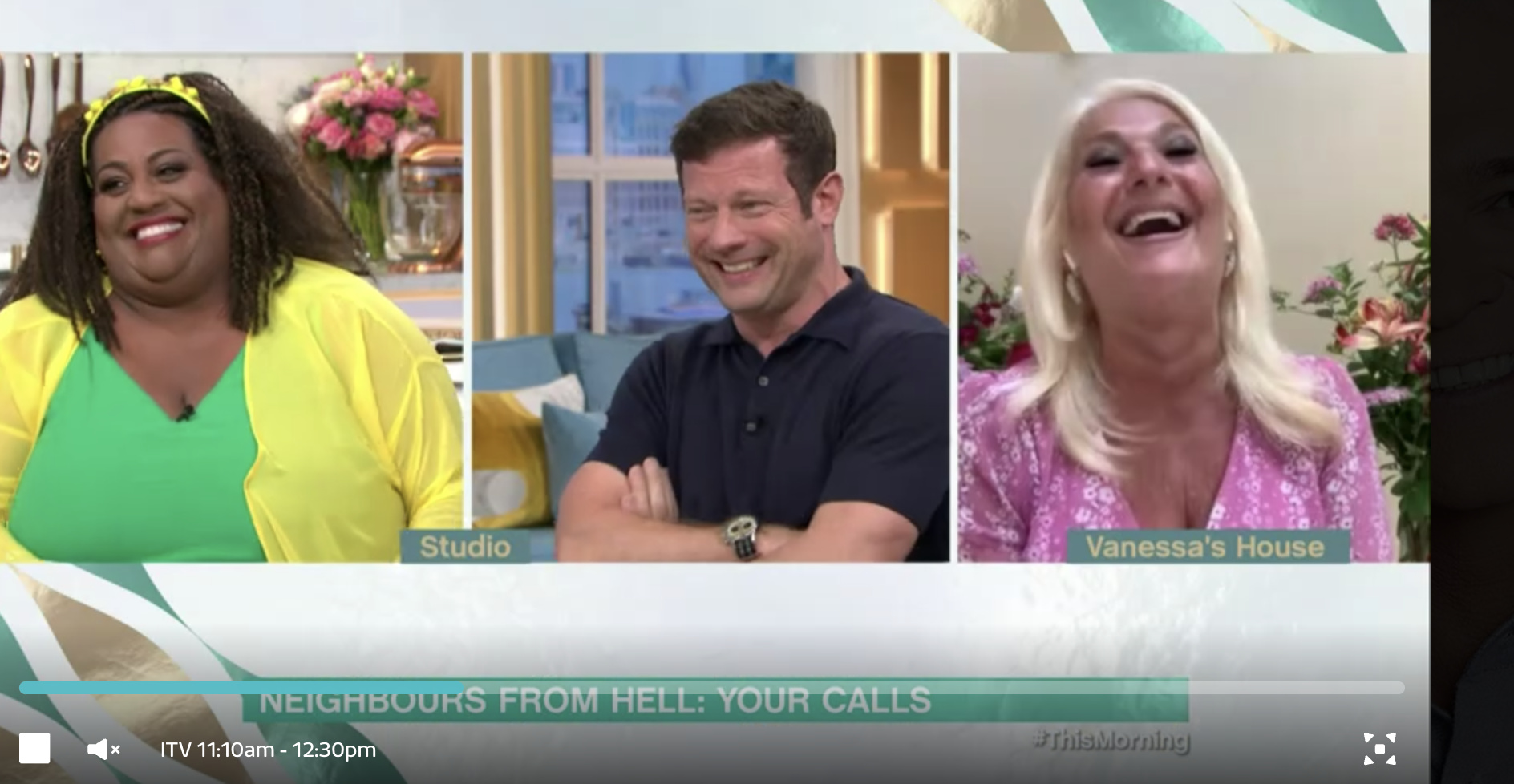 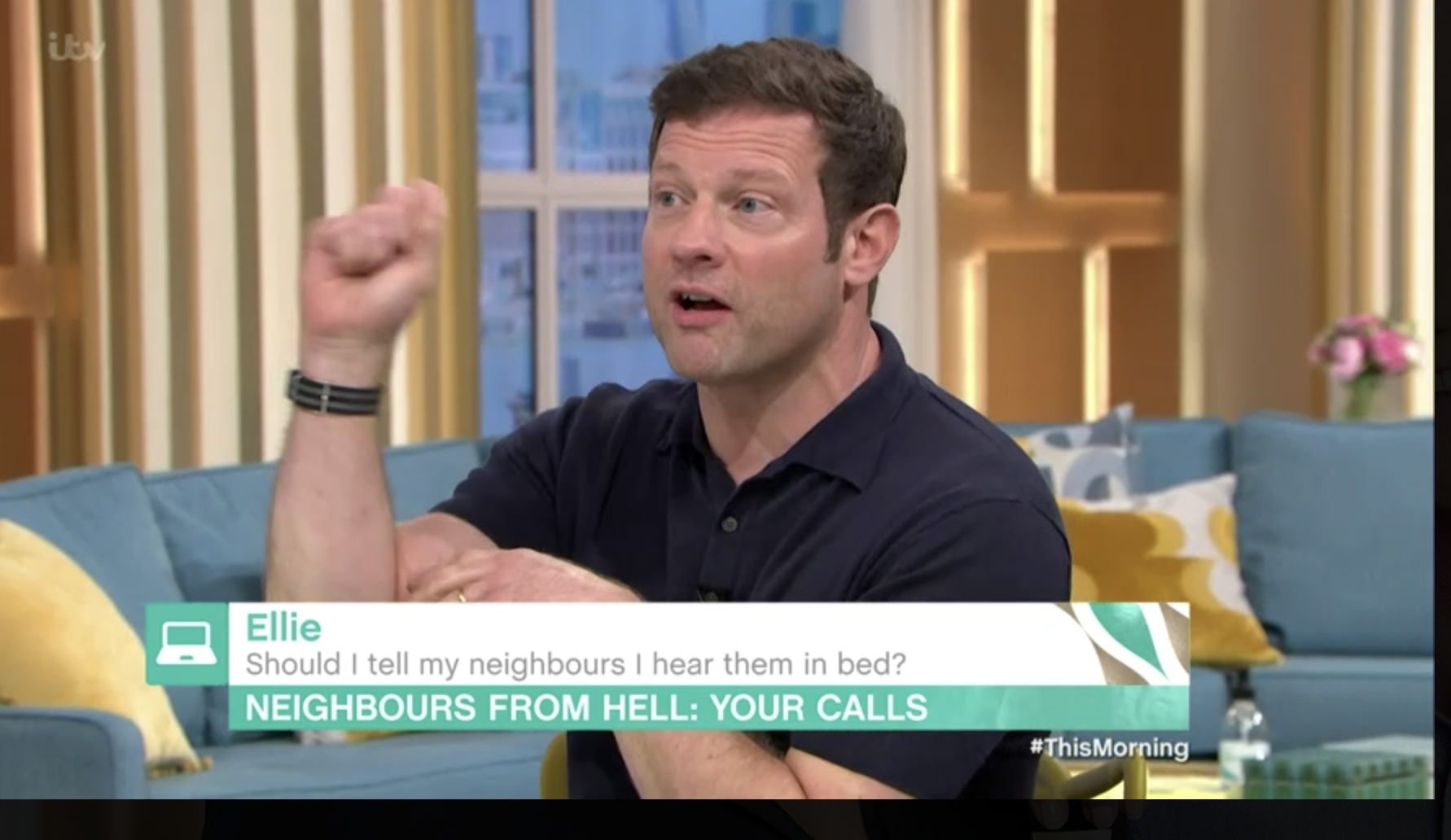 She urged people not to complain as it would encourage them on to have sex even louder.

Fans flocked to Twitter in hysterics about the discussion.

One wrote: "Alison Hammond and Dermot O’Leary bring so much laughter and joy to This Morning." 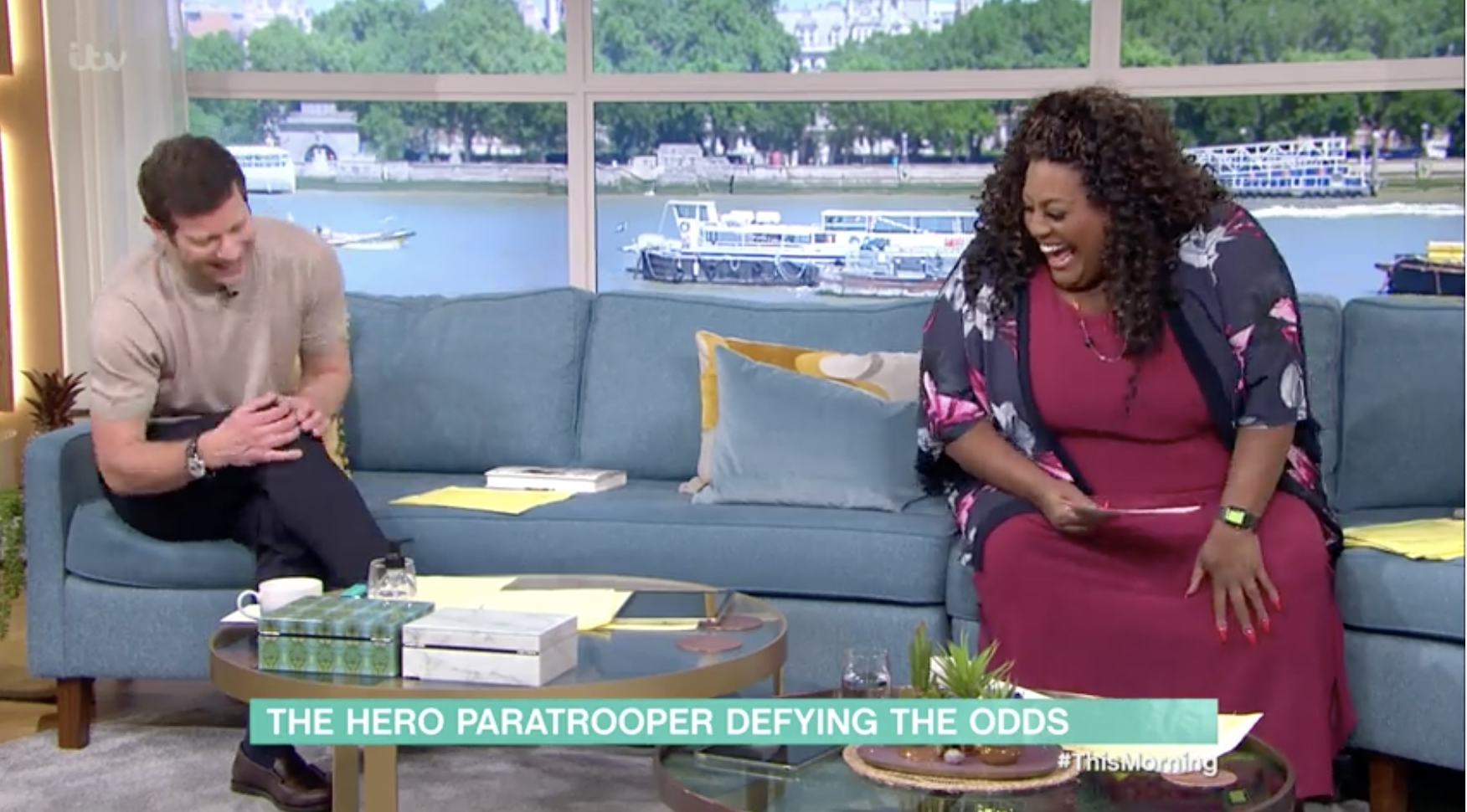 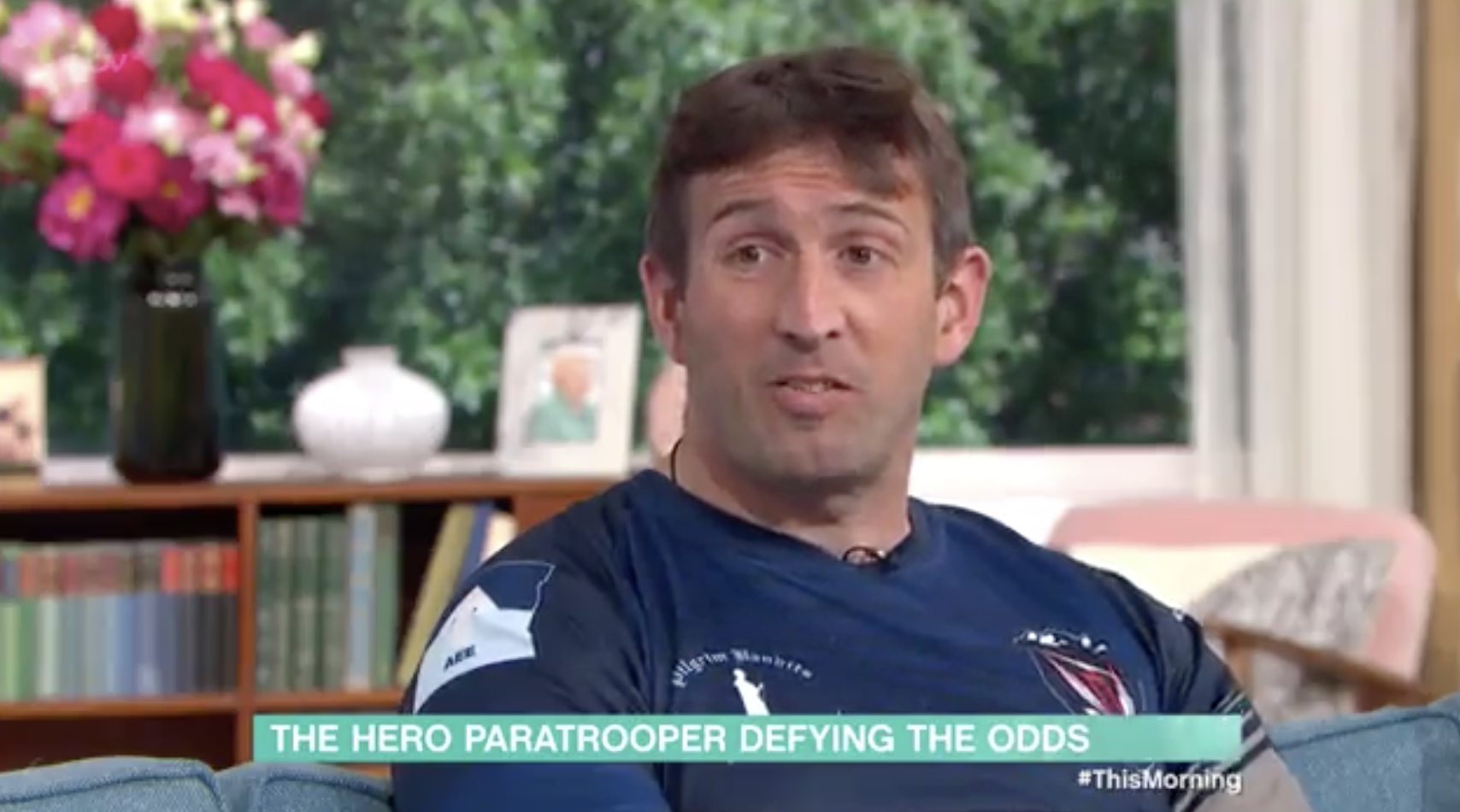 Earlier this month Alisoncouldn't help but blush as war hero Ben Parkinson challenged her to an incredible dare.

The paratrooper is the most seriously injured soldier to survive the war in Afghanistan.

Ben also told the hosts how he planned to parachute off Mt Everest to help raise money for his charity, Pilgrim Bandits.

But then things took a turn when Ben then asked Alison to join him on his big jump.

"You're going to parachute with me… and Phillip Schofield," he said.