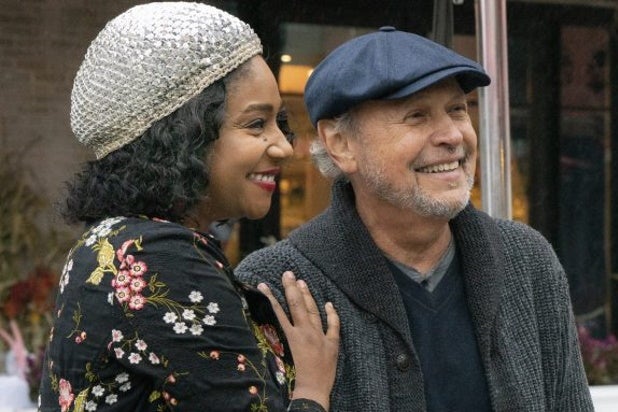 Tiffany Haddish and Billy Crystal’s “Here Today” has been picked up by Sony Pictures Worldwide Acquisitions’ Stage 6 Films, the studio announced on Tuesday.

The logline for the film reads, “When veteran comedy writer Charlie Burnz (Billy Crystal) meets New York singer Emma Payge (Tiffany Haddish), they form an unlikely yet hilarious and touching friendship that kicks the generation gap aside and redefines the meaning of love and trust.”

Crystal co-wrote the screenplay with his fellow “Saturday Night Live” alum and Emmy-award winning writer Alan Zweibel inspired by the short story “The Prize,” also written by Zweibel. Crystal serves as director of the film, his eighth time directing and his third on a feature film.

“I am thrilled that Here Today will be in theaters with real people soon,” Crystal said in a statement to Deadline which first reported the news. “It was a joy to write with my dear friend Alan Zweibel. To get to act with and direct the hilarious Tiffany Haddish and our fantastic cast was a blessing. I haven’t been this excited since I got my second Moderna vaccine.”