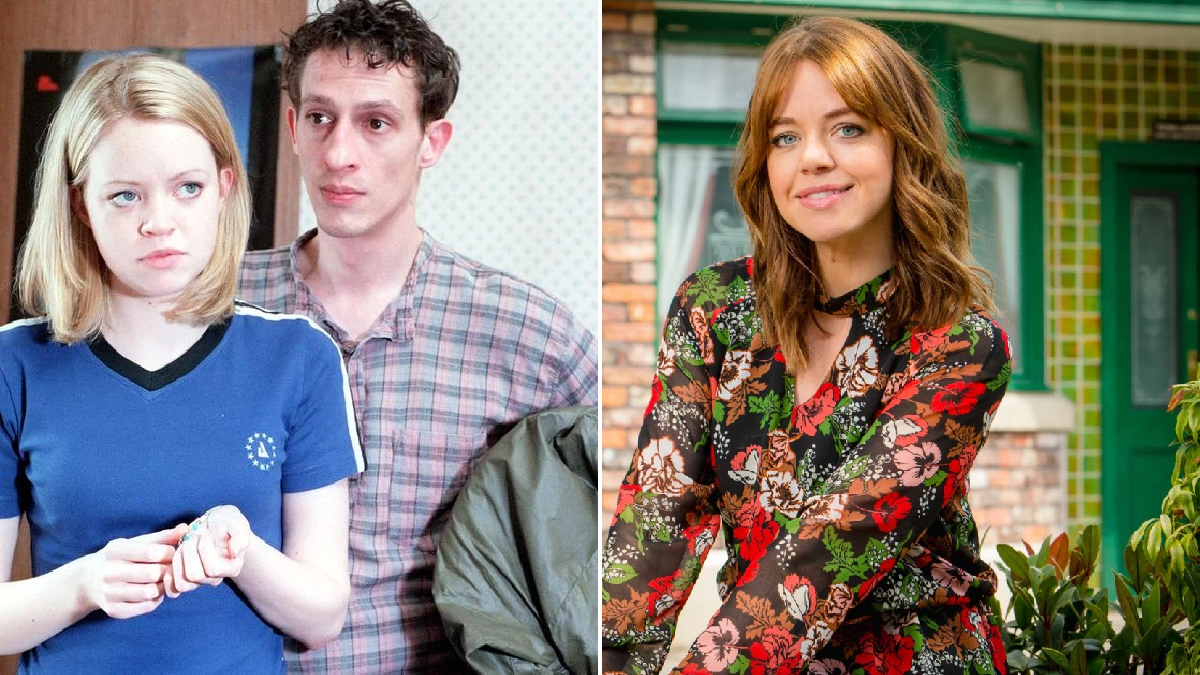 We thought that Spider Nugent was part of a bygone era of Coronation Street, despite fans calling for his return over years.

But Martin Hancock is reprising his role 25 years after he first graced the cobbles – and Georgia Taylor couldn’t be more thrilled.

The actress, who is central to a huge week of drama which results in a car crash, was part of a love story between Spider and her character Toyah Battersby.

And the pair are going to be reunited on screen with one another later this year.

‘I was shocked but then it kind of made sense, why wouldn’t you bring him back?’ the star said to Metro.co.uk.

‘We’ve been on Classic Corrie recently and we get tweets all the time asking to bring him back – they loved the character and us together.

‘It makes sense and the reaction was phenomenal when it was announced.’

Explaining that she was emotional over his leaving, Georgia has been pondering how things will change with him effectively being replaced by Spider.

‘It’s going to be a real shift – a different energy from Charlie but luckily we have that history,’ she mused.

‘It was a long time ago but when I’ve seen him since, and when I saw him at work last week, it just felt natural and normal, like ‘Aw it’s Martin!’

‘Losing Charlie, but how lucky am I, Martin is a joy it’s going to be cracking. I can’t wait to get started.’

And viewers can’t wait to get watching, with many taking to social media to share their excitement.

Speaking about Spider’s return, Corrie boss Iain MacLeod said: ‘Martin is a fabulous actor and Spider is a character with real heritage, and affection from fans.

‘His return heralds an enthralling new story for Toyah, who will be embroiled in a mess of guilt and secrecy when Spider arrives.

‘Will he be her saviour or the thing that ruins her life forever?’

Toyah met eco-warrior Spider and the pair embarked on a campaign to save the Red Rec from development work.

They got together for a short lived romance but eventually, Spider decided to leave for pastures new.

Toyah disappointed him by telling him she couldn’t go with him and he departed on his own.