Marvel fans got a big surprise when the official trailer for the upcoming series WandaVision dropped during the Emmys telecast. After months of headlines about production delays and premiere cancelations, fans were excited to find out the new Marvel series was officially “coming soon.” Now, a new report claims that the WandaVision premiere on Disney+ could be scheduled for Thanksgiving weekend. 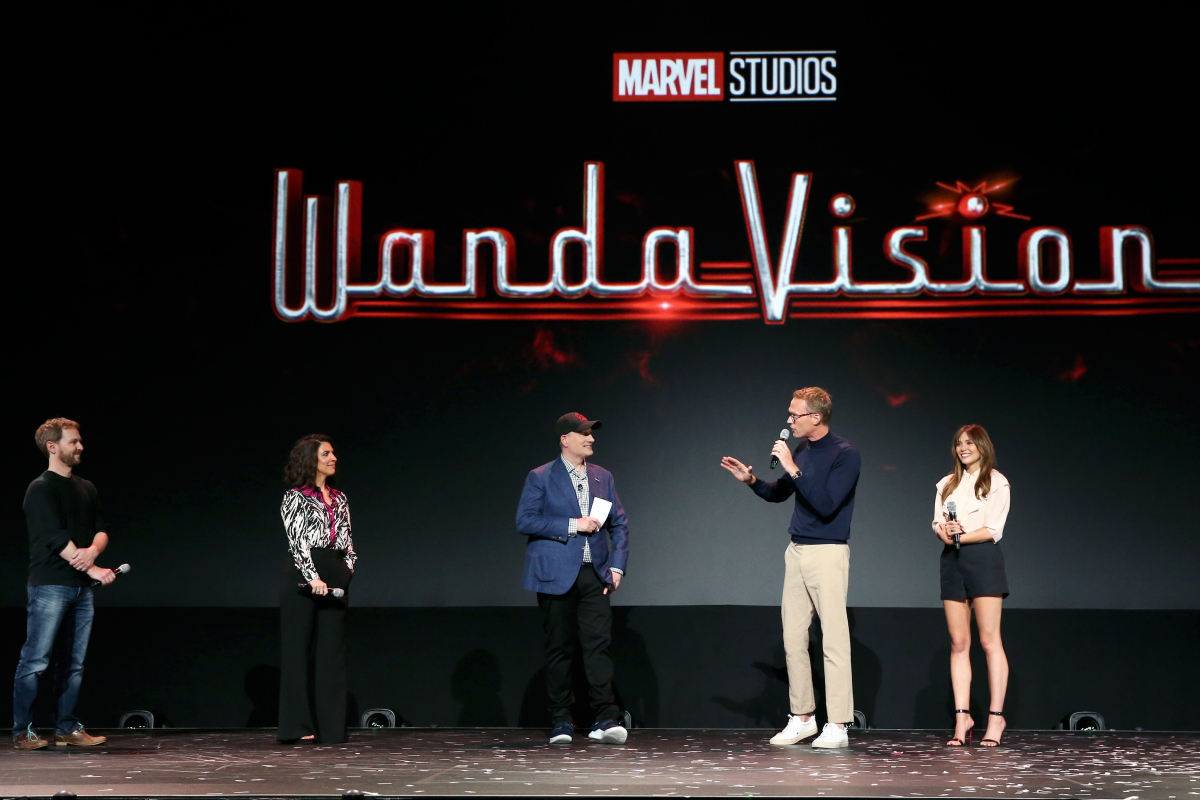 Before the pandemic threw the entertainment industry into chaos, the first Marvel series scheduled to hit Disney+ was The Falcon and the Winter Soldier. According to PopSugar, that series was slated to premiere in August.

However, they weren’t finished with the reshoots when COVID-19 hit. Between the virus and earthquakes on location, they were forced to delay the reshoots twice. As a result, Disney pushed the premiere of The Falcon and the Winter Soldier back to 2021.

They also moved up WandaVision to the top of the list. Instead of waiting until next year, Disney is going to release WandaVision in 2020. Season 1 will feature six episodes, and it will be the first series of Phase 4.

At the end of the one-minute trailer, it simply says the series is “coming soon.” The original assumption is that it would hit Disney+ in December. But, an internet sleuth has discovered a clue that indicates WandaVision will premiere even earlier.

Other familiar Marvel faces are also part of the cast. This includes Kat Dennings and Darcy Lewis from the Thor films, and Randall Park from Ant-Man and the Wasp.

The series is “a blend of classic television and the Marvel Cinematic Universe in which Wanda Maximoff and Vision—two super-powered beings living idealized suburban lives—begin to suspect that everything is not as it seems,” reads the official Disney+ description.

Unlike previous Marvel television and web series, WandaVision is part of the MCU. The events are canon, which means it can affect future movies and vice versa. What isn’t clear is how they will bring Vision back to life after Thanos killed him in Avengers: Infinity War.

Is the true release date embedded in Disney+ source code?

Internet sleuth Edward Rose over at Murphy’s Multiverse has found a clue indicating what he believes is the not-yet-announced WandaVision premiere date. Rose has been pouring over Disney+ source code since the trailer dropped. And, he says that he hit a “goldmine” of information.

Inside the source code, Rose found a premiere date of November 27 – the day after Thanksgiving. If this is true, that means the series will premiere an entire month earlier than expected.

This could be a brilliant move by Disney, considering Black Friday will not be the same in 2020. It’s extremely likely that more people will be home during the holiday weekend.

WandaVision premieres on Disney+ later this year, with new episodes every Friday.