FROM Honey Ryder to Pussy Galore, Bond girls are as iconic as 007 himself – and Britt Ekland remains a fan favourite.

Now the Swedish star is back in the news after admitting she "destroyed her looks" with lip fillers in her 50s. 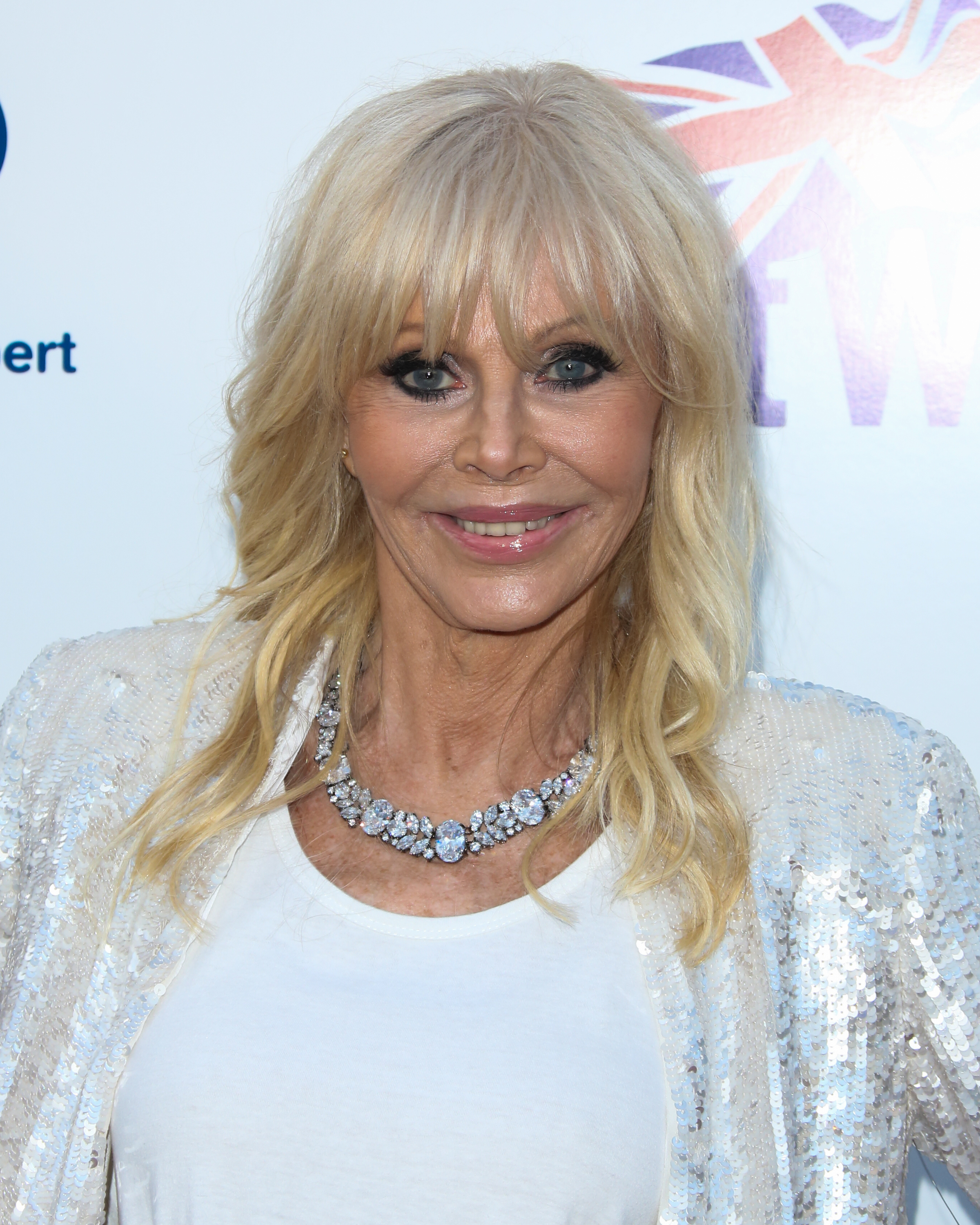 Britt, now 78, starred as Mary Goodnight in The Man With the Golden Gun, opposite Roger Moore and went on to a career that spanned five decades, as well as a string of high profile romances.

But what happened to rest of James Bond's numerous bedfellows.

Here, we look at what the stunning Bond girls did next. 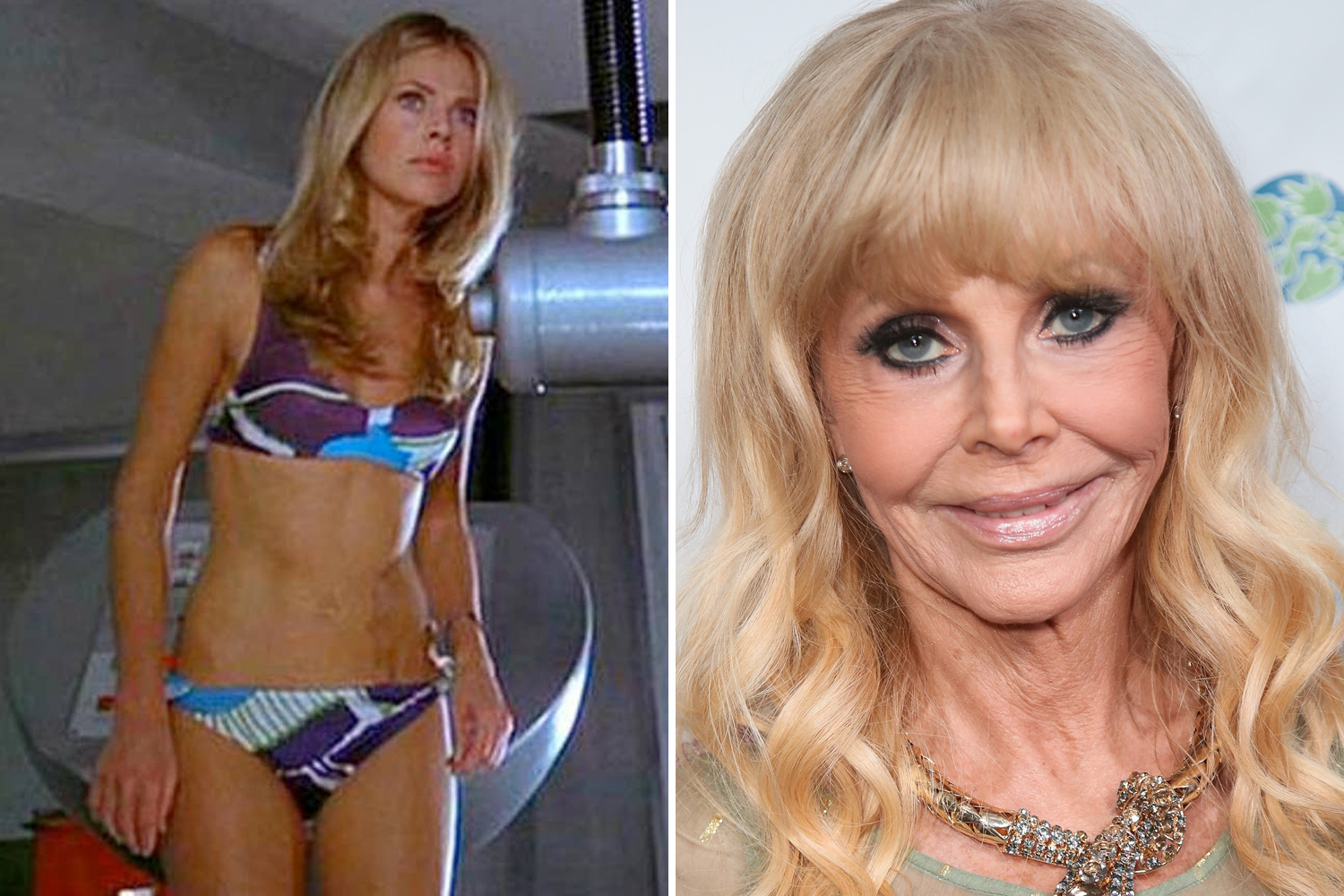 Needless to say her duties went beyond taking notes and keeping his diary – and a 'good night' was had by all.

Britt went on star in the comedy Royal Flash and the 1989 movie Scandal, as well as a host of TV Miniseries, including Valley of the Dolls.

In 2010, she took part in I'm A Celebrity…, falling out with fainting campmate Gillian McKeith, and most recently she appeared in The Real Marigold Hotel.

But her love life has made the headlines as often as her acting.

She went on to have a son with record producer Lou Adler and a high profile romance with Rod Stewart, which ended in 1977 after two years. 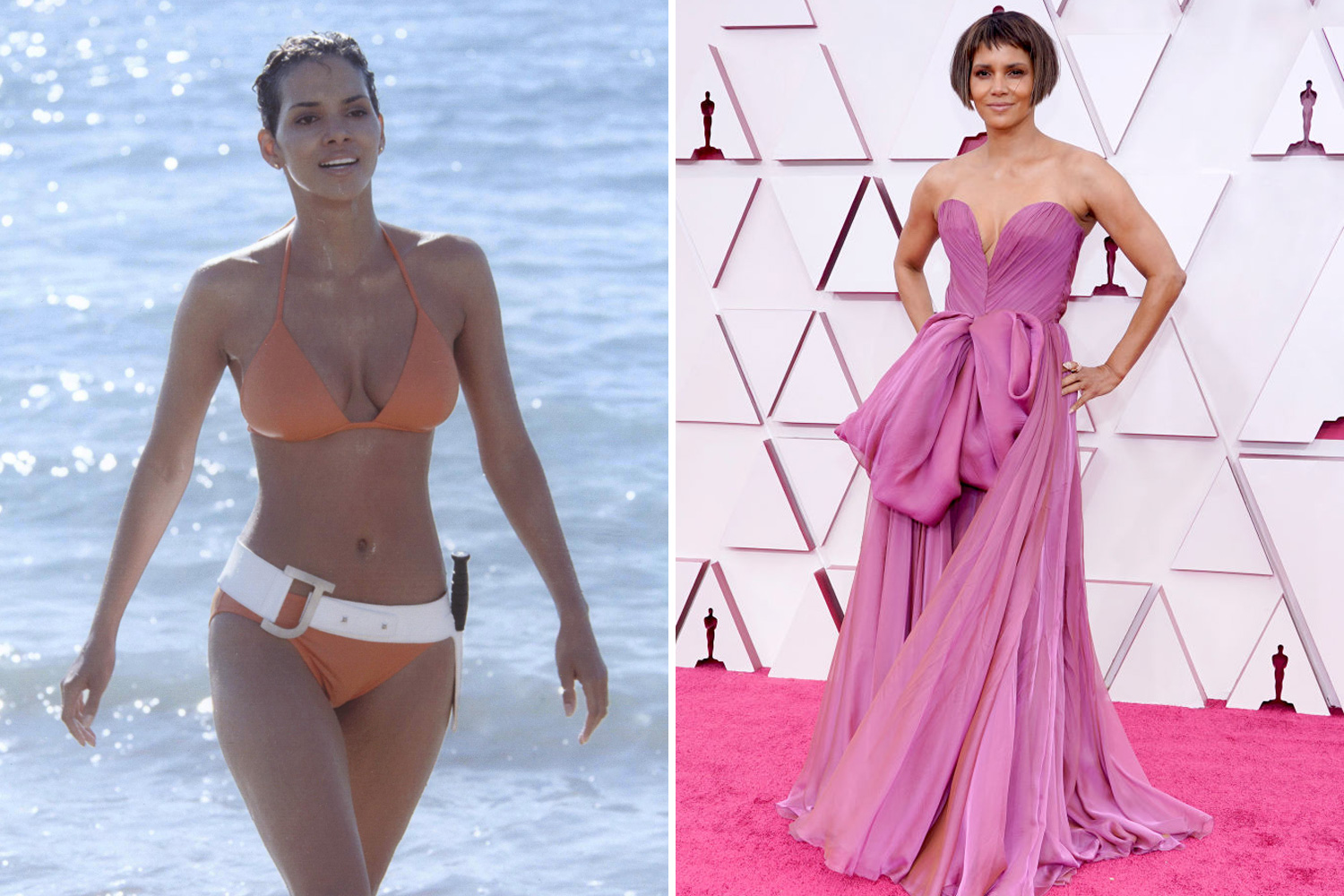 Starring as Jinx Johnson, opposite Pierce Brosnan's suave spy, Halle spent a good deal of her time in a bikini and upped her fan base in the process.

But she wasn't just a pretty face. Jinx was a trained assassin sent to kill a North Korean agent, and bedded Bond to get the information she needed to carry out her deadly task.

Halle was already an Oscar winner before taking on the Bondrole, having bagged the Best Actress gong for Monster's Ball in 2001.

She went on to play Storm in the X Men movies and currently has two movies on the slate – Moonfall, set for release later this year and The Mothership 2022.

Halle has been married four times and, in 2012, went through a bitter custody battle with third husband Gabriel Aubry over their daugher, Nala, born in 2008.

She also has a son with fourth husband Olivier Martinez, although they separated in 2015, after two years of marriage. 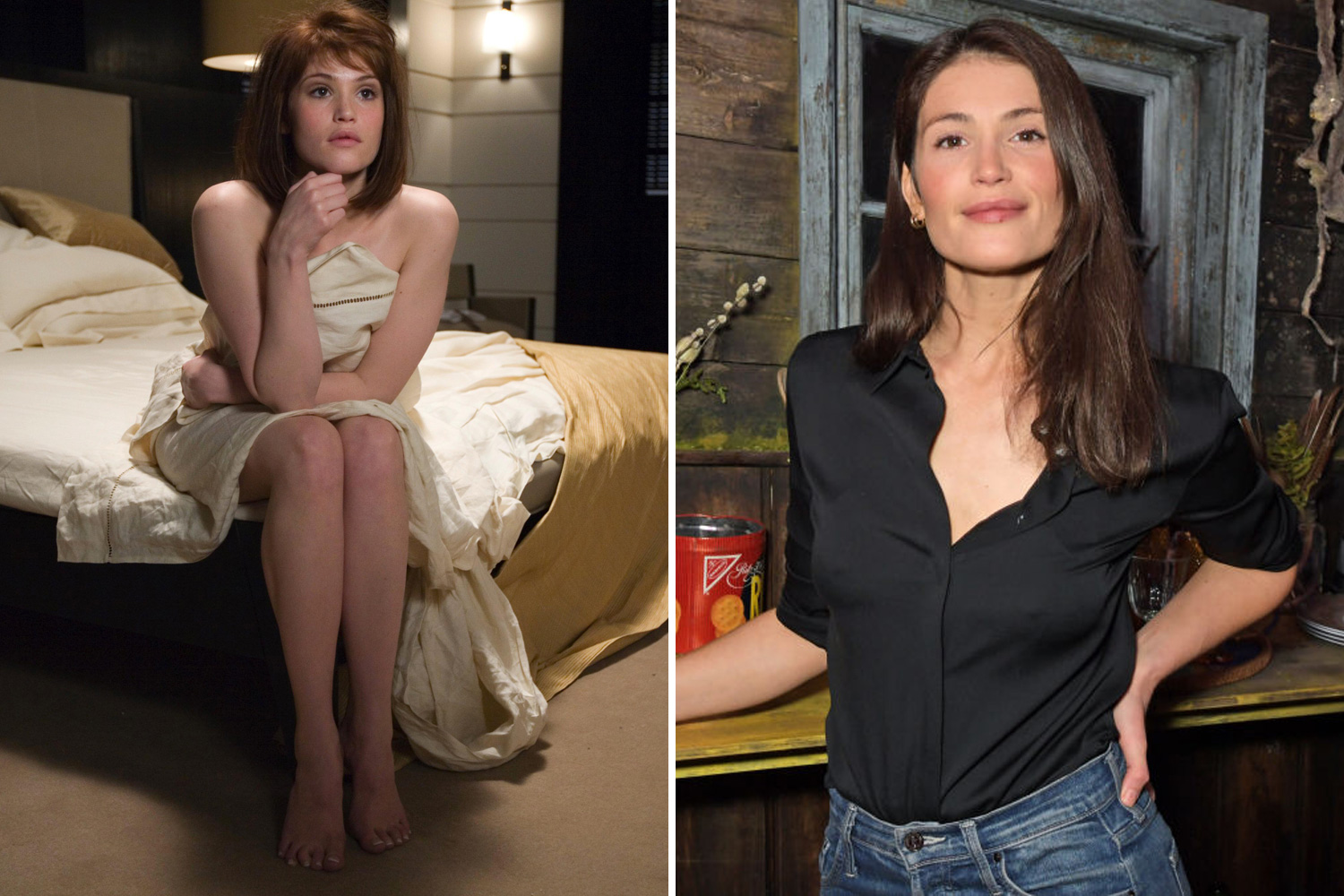 The British actress starred opposite Daniel Craig in the 2008 film, playing the fruitily named Strawberry Fields.

Sadly it wasn't Strawberry Fields forever – as she drowned in a vat of oil halfway through the film.

The Gravesend girl went on to star in a string of movies including Tamara Drewe and Hansel and Gretel: Witchhunters and most recently led the cast in the hit TV drama Black Narcissus.

Gemma, 35, married Stefano Catelli in 2010 but they split three years later. She is now married to Irish actor Rory Keenan. 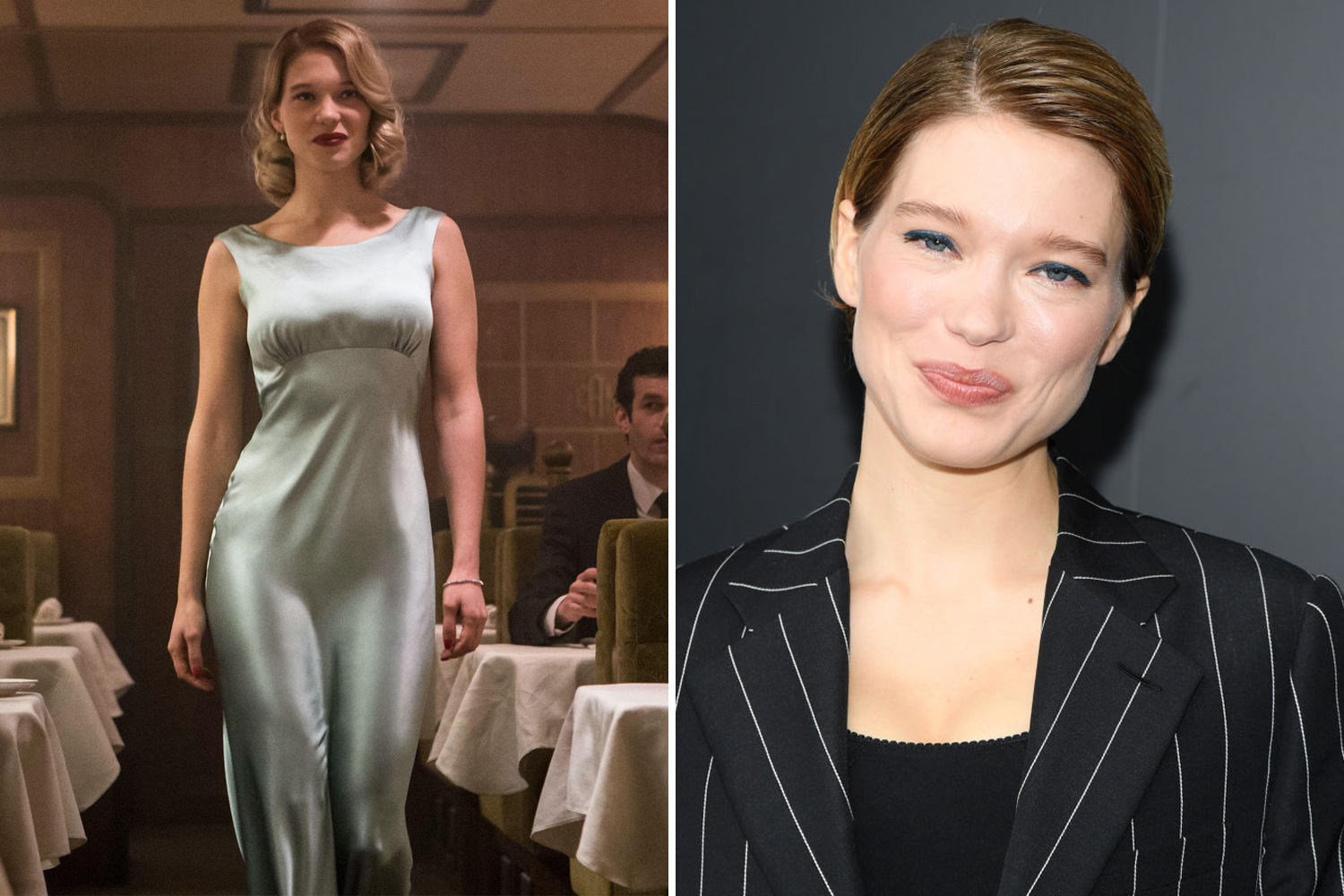 She made such an impression on bosses and fans she's returning in delayed sequel No Time To Die.

Before Bond Lea had made a name for herself with Inglourious Basterds, Mission: Impossible — Ghost Protocol, and Blue is The Warmest Colour.

As well as many French films, Lea starred opposite Ewan McGregor in Zoe in 2018.

She and boyfriend André Meyer have a son, George, now four. 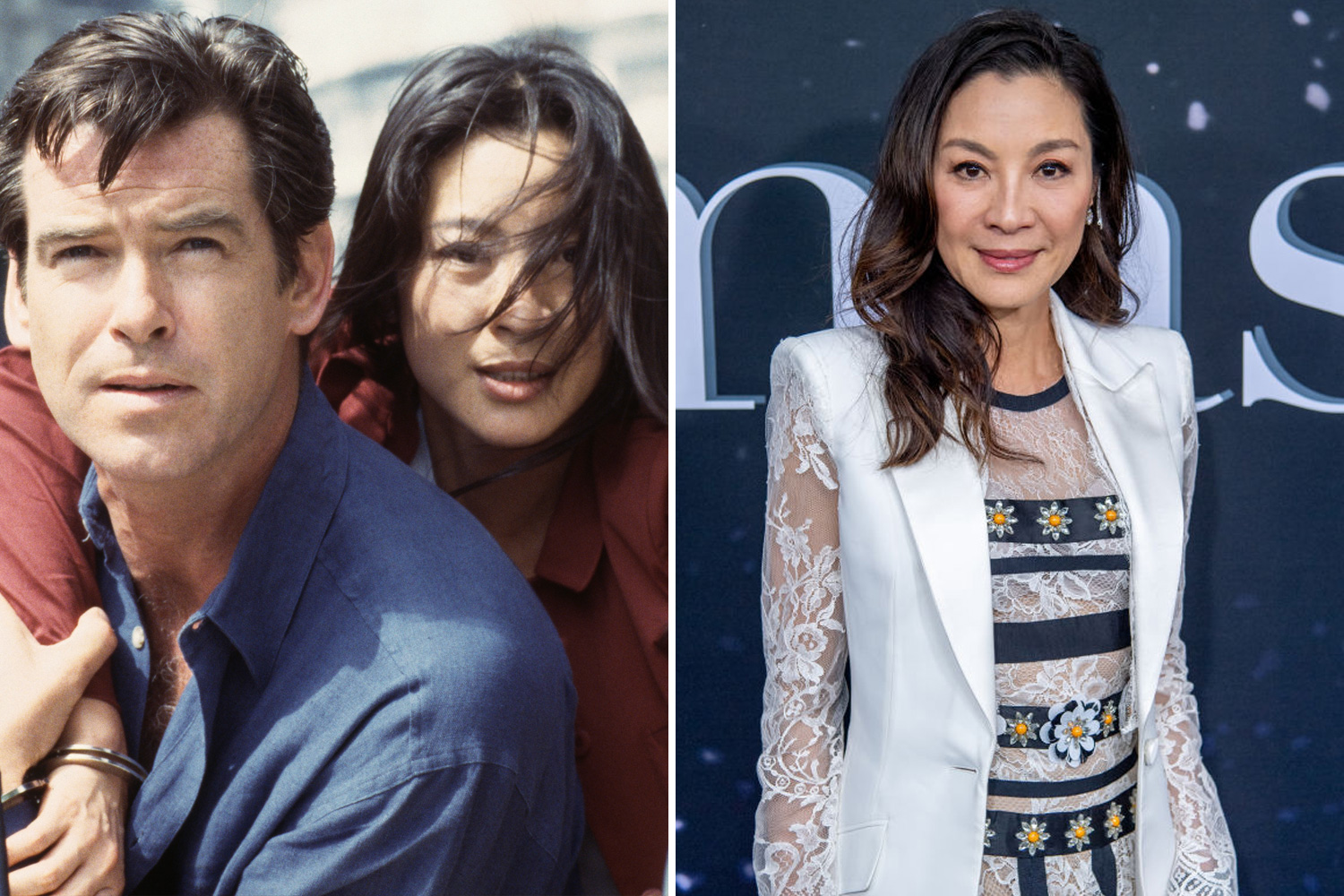 A whizz in a motorbike chase and a dab hand at martial arts, Michelle Yeoh's character Wai Lin led Pierce Brosnan into all manner of deadly situations in 1997.

This Bond girl was as kickass as they come.

The actress went on star in Crouching Tiger, Hidden Dragon and 2005's Memoirs of a Geisha.

She also played a mum in Crazy Rich Asians, in 2018, and will play Dr Karina Mogue in the forthcoming Avatar sequels. 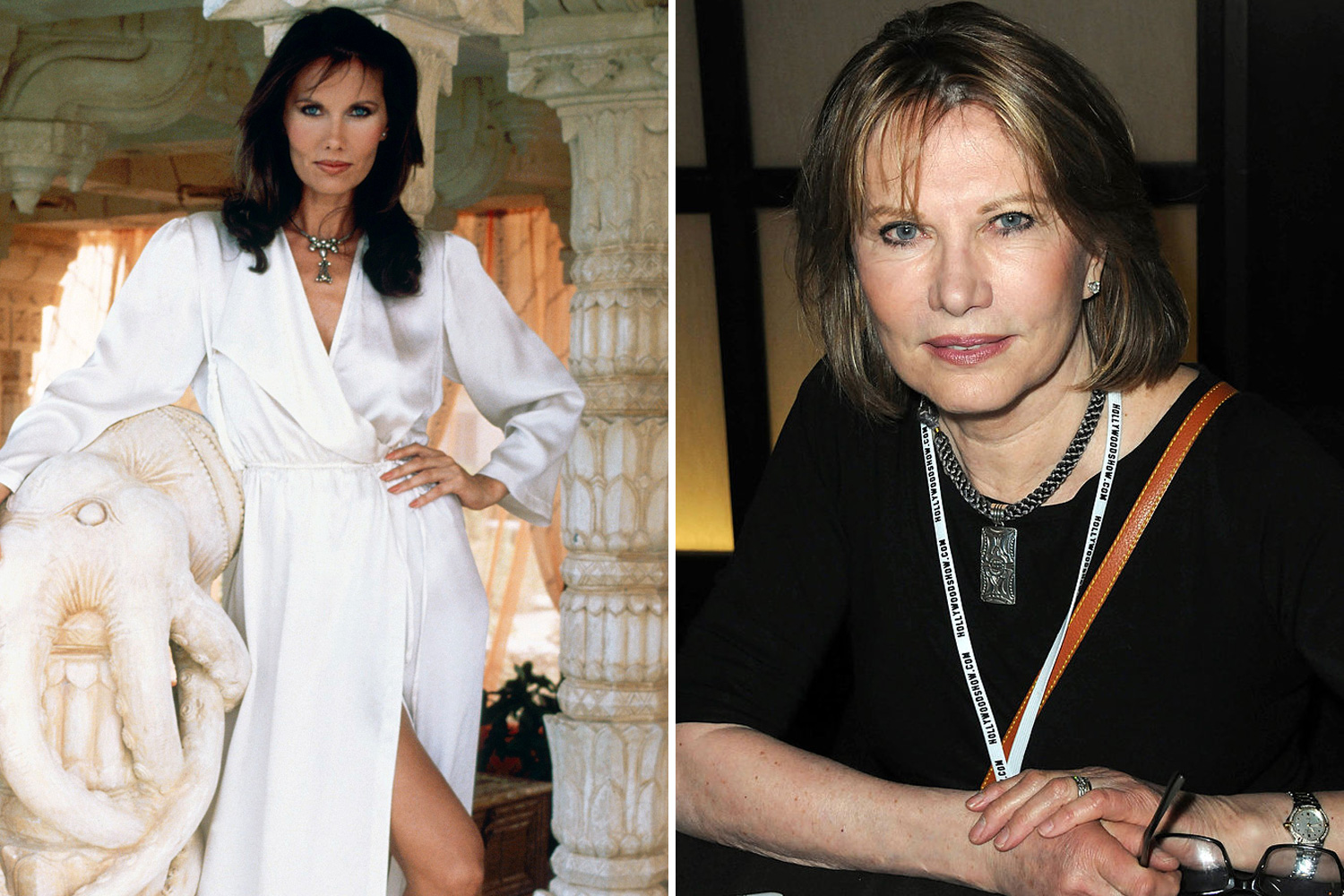 British actress Maud was so good she got to play TWO Bond girls.

The first was Andrea Anders, the mistress of evil genius Scaramanga in The Man With The Golden Gun, in 1974.

On her return, seven years later, she had become the villain in her own right, playing Octopussy in the film of the same name.

She went on to appear in Swedish television and films also appeared on That ’70s Show in 2000. 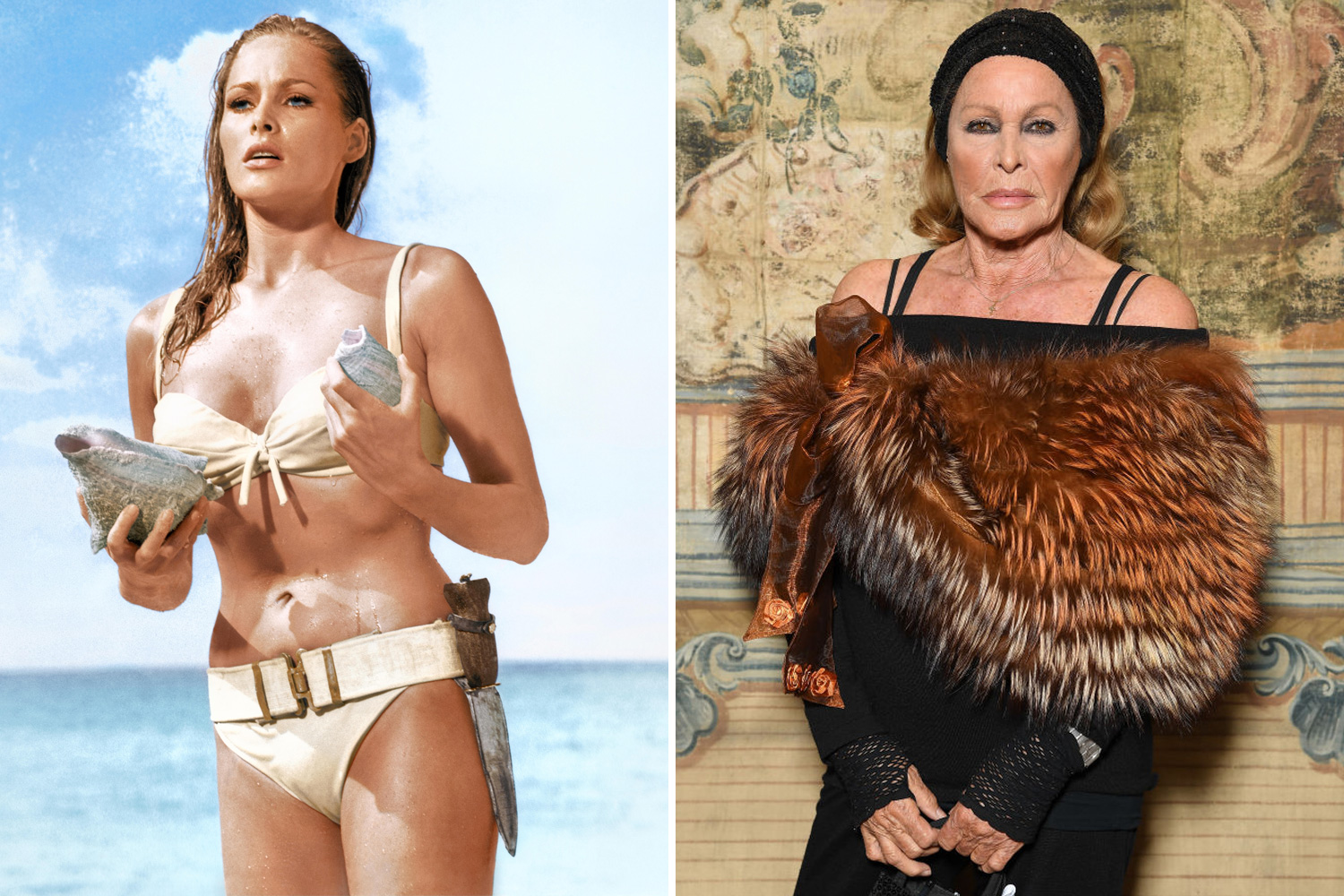 Shell diver Honey Ryder emerged from the sea wearing a bikini and knife belt in an iconic moment from the first Bond film.

Despite not being the first screen conquest for Sean Connery's 007, the Swiss actress became widely regarded as the first Bond girl.

Ursula went on to pose nude for Playboy before starring in Elvis Presley in 1963's Fun in Acapulco, with Frank Sinatra and Dean Martin in 4 for Texas, and with Laurence Olivier and Harry Hamlin — the father of her son Dimitri — in 1981's Clash of the Titans.

At 19, Ursula caused a scandal when married father-of-two John Derek walked out on his family for her.

She now splits her times between Rome and Switzerland.

Denise Richards – The World is Not Enough, 1999 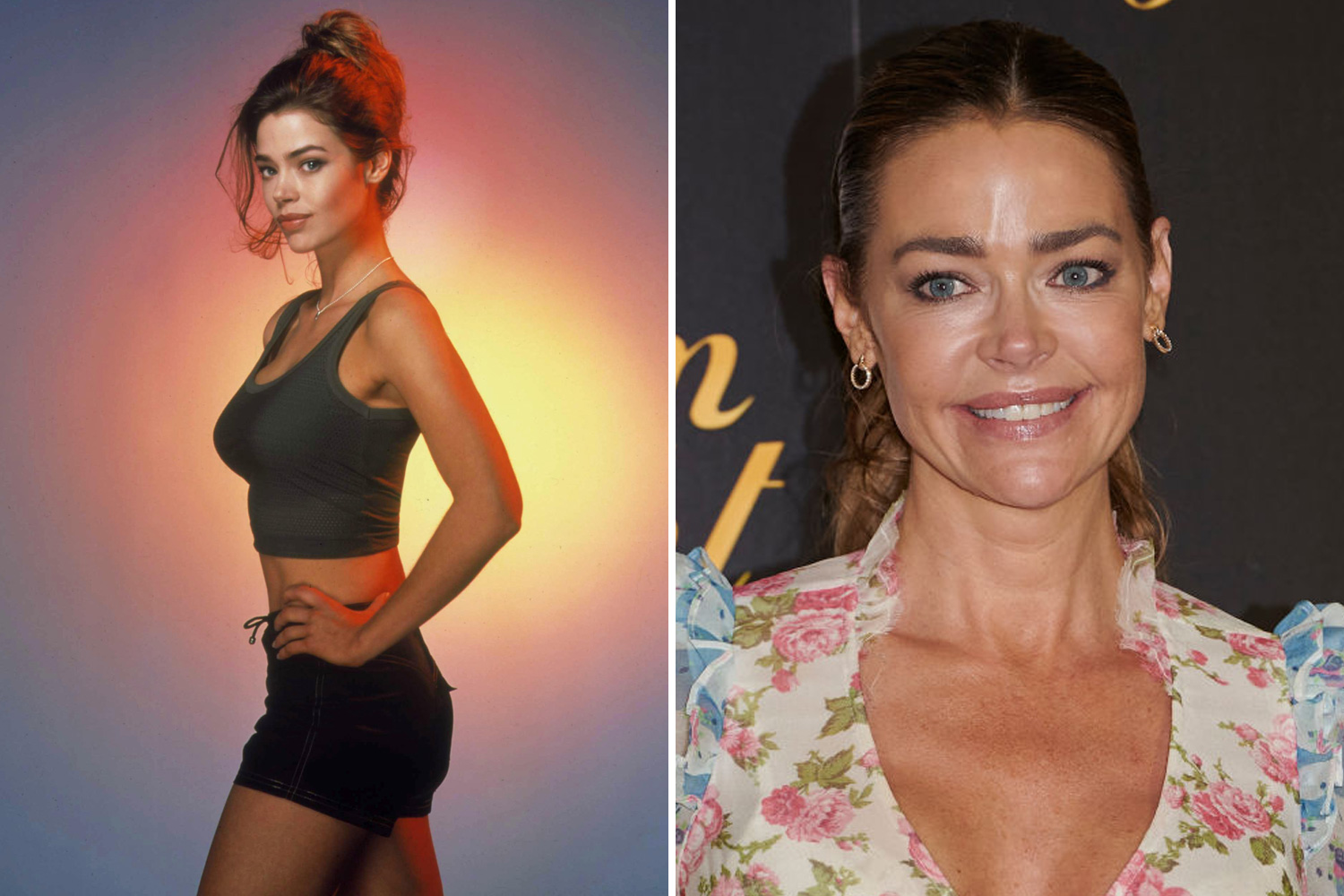 Denise had both brains and beauty as scientist Dr Christmas Jones, whose name appears to have been chosen for one of the corniest final lines in Bond history.

After bedding the beauty Pierce Brosnan's spy utters the immortal line: "I thought Christmas only comes once a year."

Denise went on to appear in Love Actually and in 2001 episodes of Friends and Spin City. She had a starring role in ABC Family's Twisted in 2013.

She has two children – Sam, 17 and Lola,16,with ex-husband Charlie Sheen and an adopted daughter, Eloise, 10. She is now married to therapist Aaron Phypers and the couple appeared on The Real Housewives of Beverly Hills until 2020. 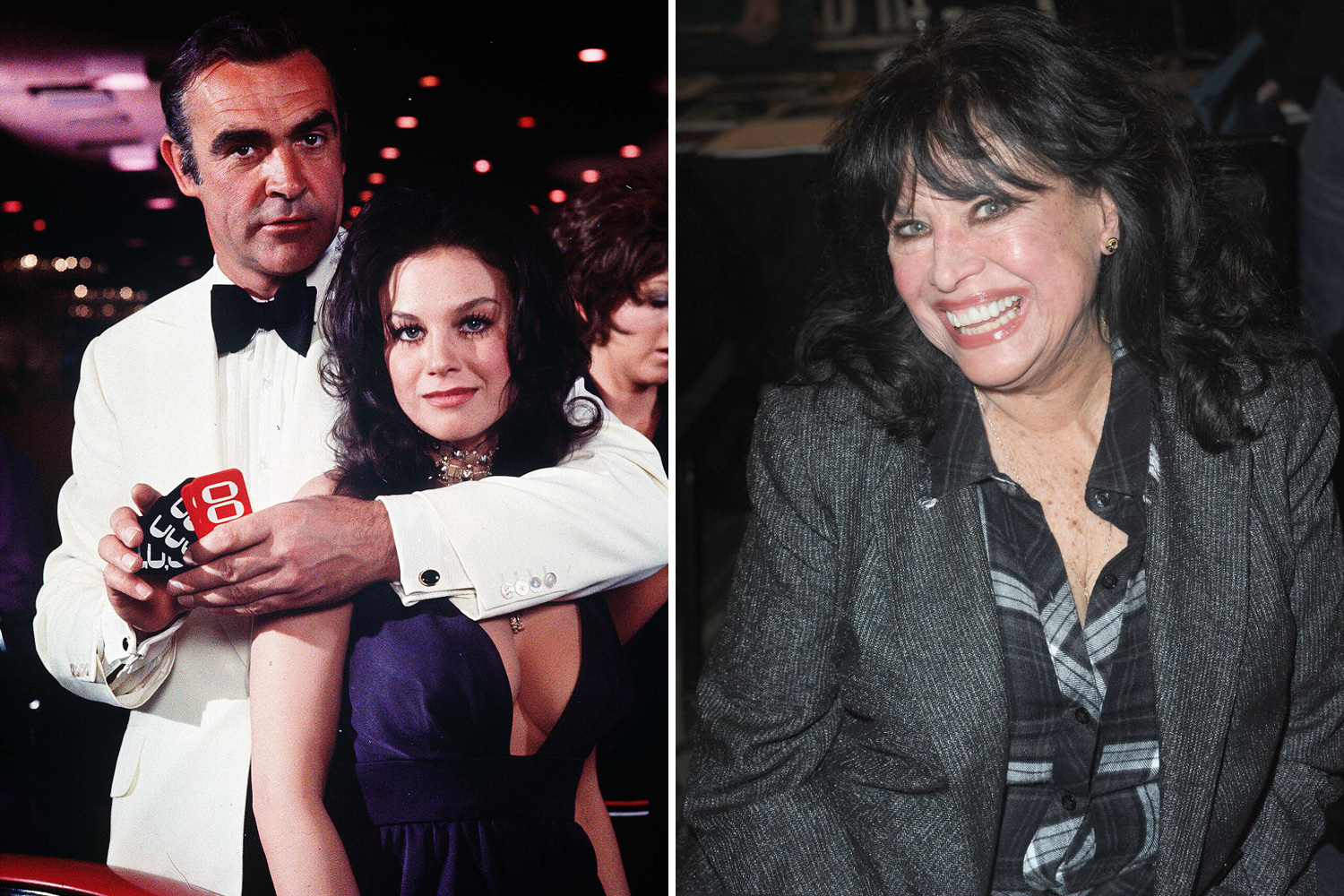 Another Bond girl with an outrageous name, Plenty O’Toole is a casino worker whose speciality is bedding wealthy men.

She snuggles up to Sean Connery's Bond, who is posing as a diamond smuggler in the 1971 movie.

Lana went from Bond to various small screen roles including Starsky and Hutch, Fantasy Island and the Fall Guy and is still acting today, with her new movie, The Executive, due for release this year.

Lana's sister was Natalie Wood, the tragic West Side Story star who died in a drowning accident in 1981. 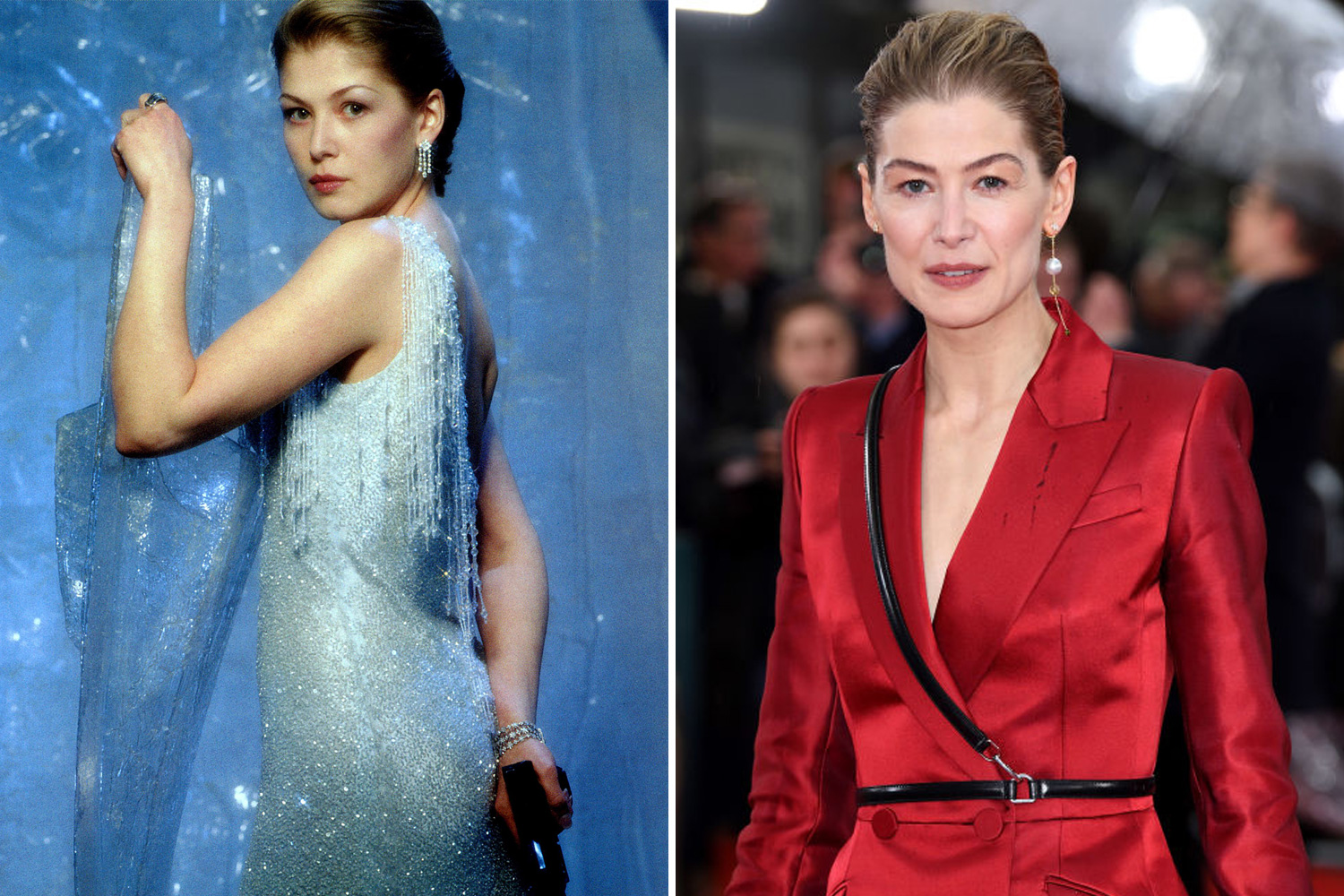 The appropriately named Miranda Frost is an ice cold killer who works for M but is secretly aligned to diamond smuggler Gustave Graves.

She meets a sticky end at the hands of love rival Jinx, played by Halle Berry.

Rosamund starred inPride & Prejudice and Wrath of the Titans before landing the lead in Gone Girl, for which she was nominated for a Golden Globe and an Oscar.

She is now set to star in The Wheel of Time, due for release on Netflix later this year.

She has two sons with mathematician Robie Uniacke and recently became the creative director of the mind-altering app Lumenate. 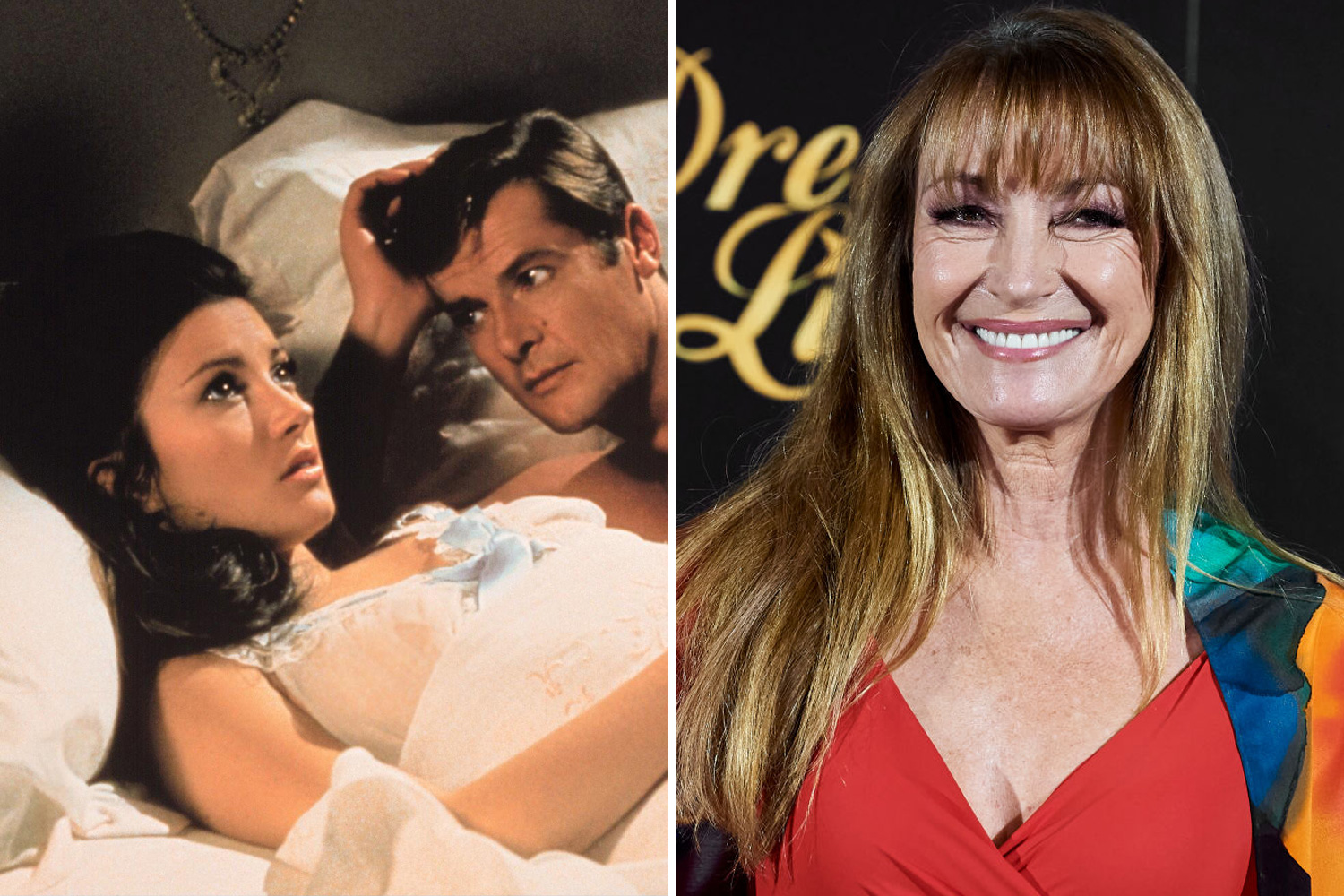 For a character named Solitaire, Jane Seymour's Bond Girl spends little time alone after meeting 007 and ending up in his bed.

A voodoo medium whose psychic powers depend on her virginity, she is seduced by Roger Moore's Bond and loses her unique gift in the process.

The British star, who recently turned 70, starred in East of Eden, the TV series Dr Quinn Medicine Woman and, more recently, The War with Grandpa, with Robert de Niro.

Jane has been married four times, and was left "beyond bankrupt" by property deals involving second husband David Flynn.

Three years ago, the mum of four became the oldest woman to pose for Playboy, at the age of 67. 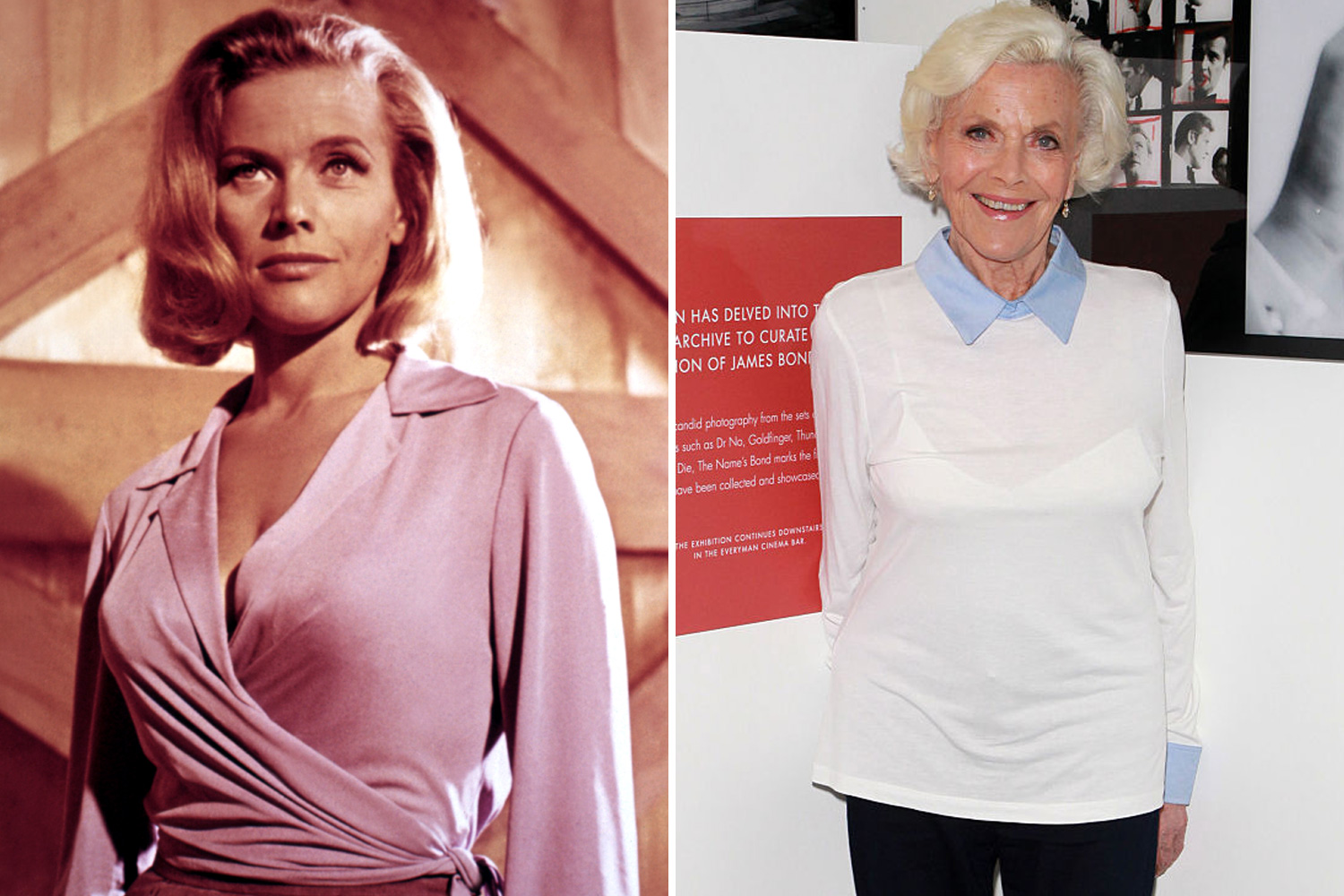 By far the most outlandish name of all the girls, Pussy Galore was played by British Avengers star Honor Blackman.

The only female organised crime boss in the US, Pussy ran a ring of trapeze artists turned cat burglars known as the Acrocats.

But she turned into a kitten in the hands of Sean Connery's agent.

Honor became a national treasure, starring on stage and screen in such hits as Bridget Jones' Diary and the TV sitcom The Upper Hand.

The twice married mum-of-two died at her home in Lewes, East Sussex, last April, at the age of 94. 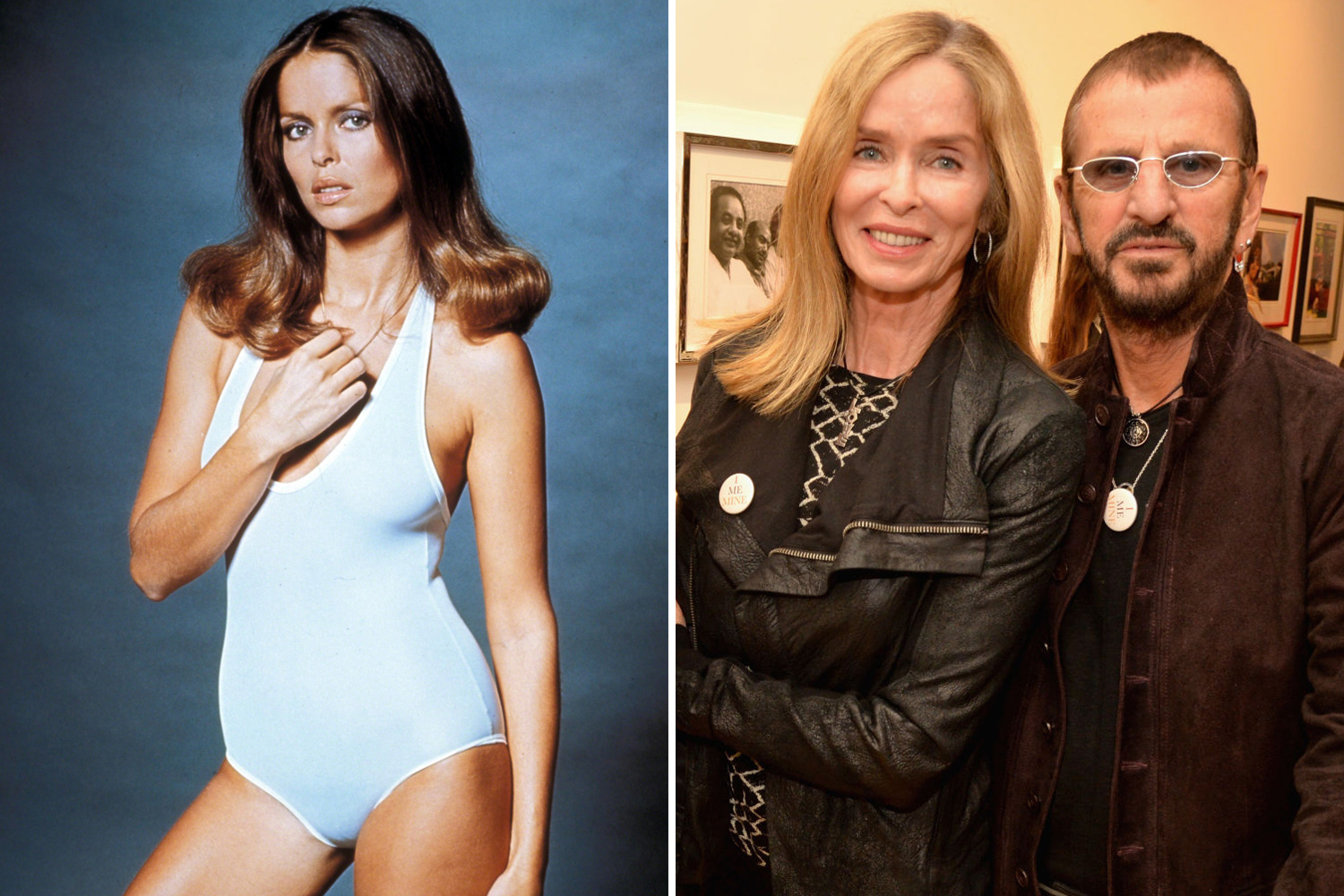 Inevitably, the pair end up as lovers, and the film ends with them floating off to sea in an escape pod after defeating evil Russian Karl Stromberg at his secret sea base.

Barbara actually floated off into the sunset with another British legend – Beatle Ringo Starr – after divorcing her first husband, an Italian count.

As well as starring in a handful of films, Barbara, 73, founded a rehab unit with Patti Boyd, the former wife of George Harrison. 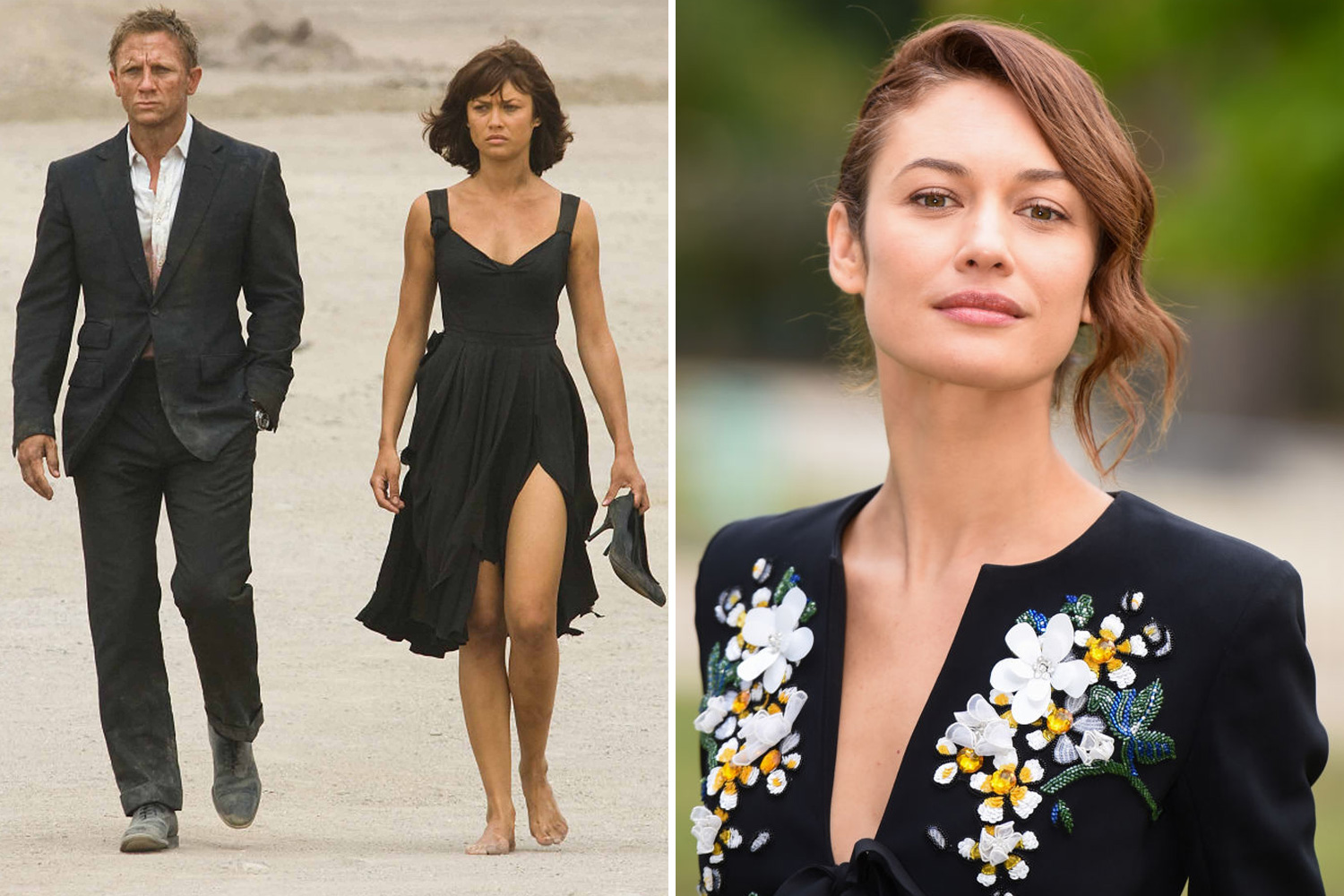 A Bolivian out for revenge on a brutal general who murdered her family, she is rescued from being raped and murdered in a desert by chivalrous Bond.

Olga has since starred in Oblivion, with Tom Cruise, and Seven Psycopaths as well as playing the headmistress in the TV series Vampire Academy.

Having been seriously ill with Covid last year, the 41-year-old is busier than ever, with six projects on the go.

She has been married twice and has a young son with her former partner, English actor Max Benitz.

Daniela Bianchi – From Russia With Love, 1963 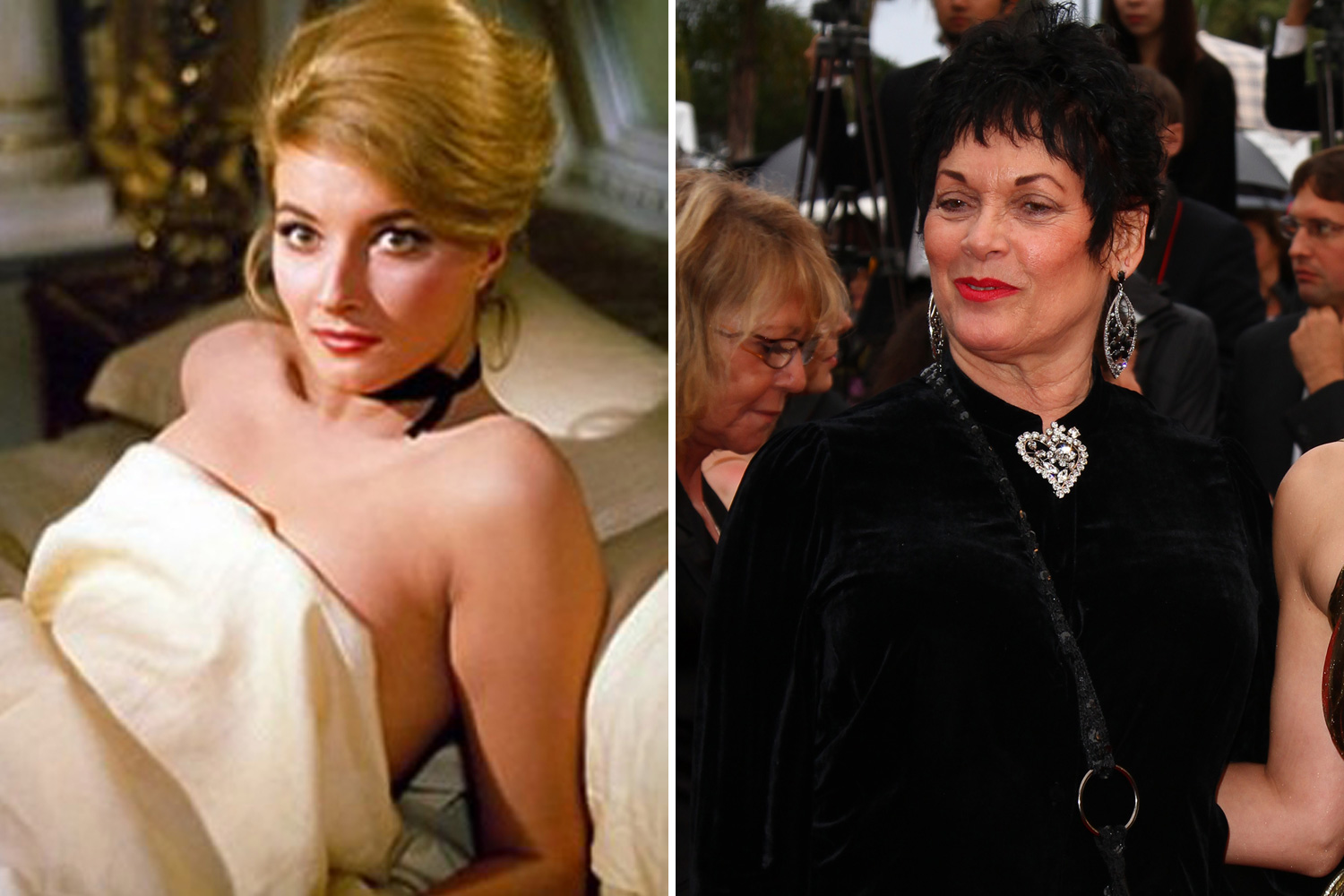 The Italian model played Tatiana Romanova, a corporal in the Russian secret service who poses as a translator at the Russian embassy in Istanbul before bedding James Bond.

Daniela's accent was deemed so thick she was actually dubbed with the voice of Brit Barbara Jefford.

Her only appearance since then was a quick cameo in the 2012 Italian documentary We're Nothing Like James Bond. 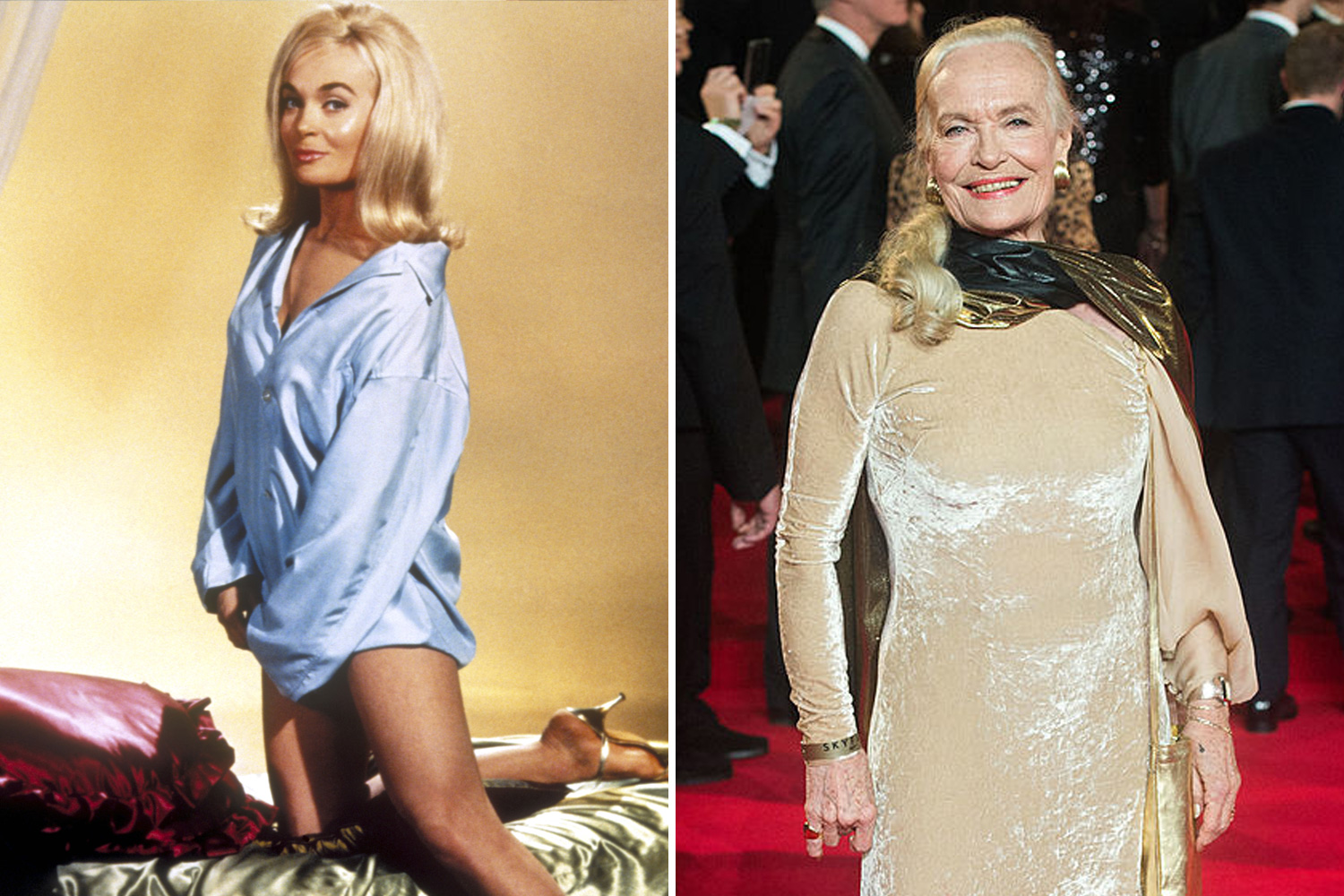 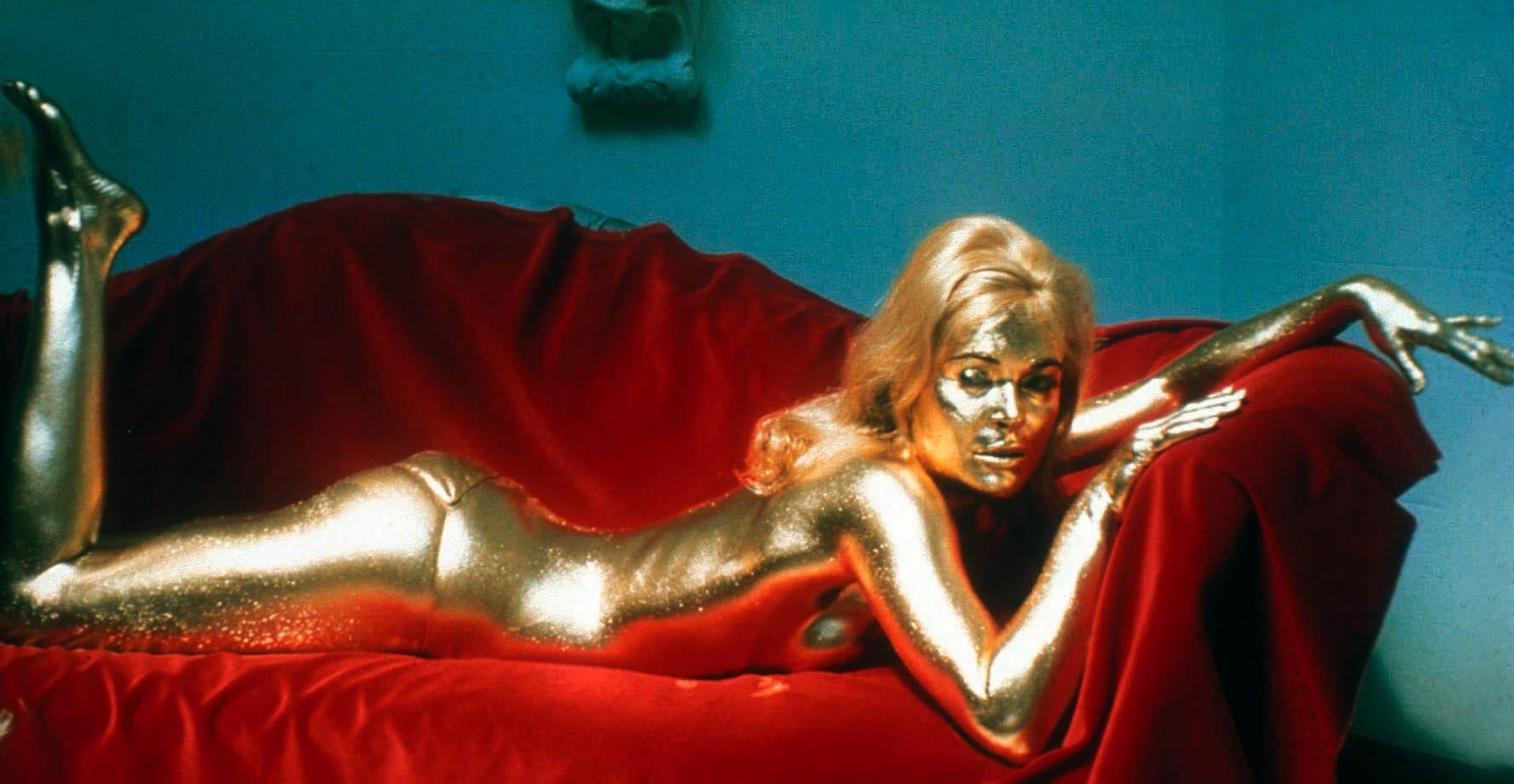 Brit actress Shirley was hailed as a sex symbol after suffering the most famous Bond girl fate in the franchise.

Her character, Jill Masterson, was murdered by being covered in gold paint from head to toe – causing "skin suffocation."

The iconic scene sparked a rumour she had died in filming, and she even appeared on a 2003 TV show to dispel the myth.

In fact the golden girl, now 84, gave up her career to bring up two children, Grant and Jason, with husband Colin Rowe. 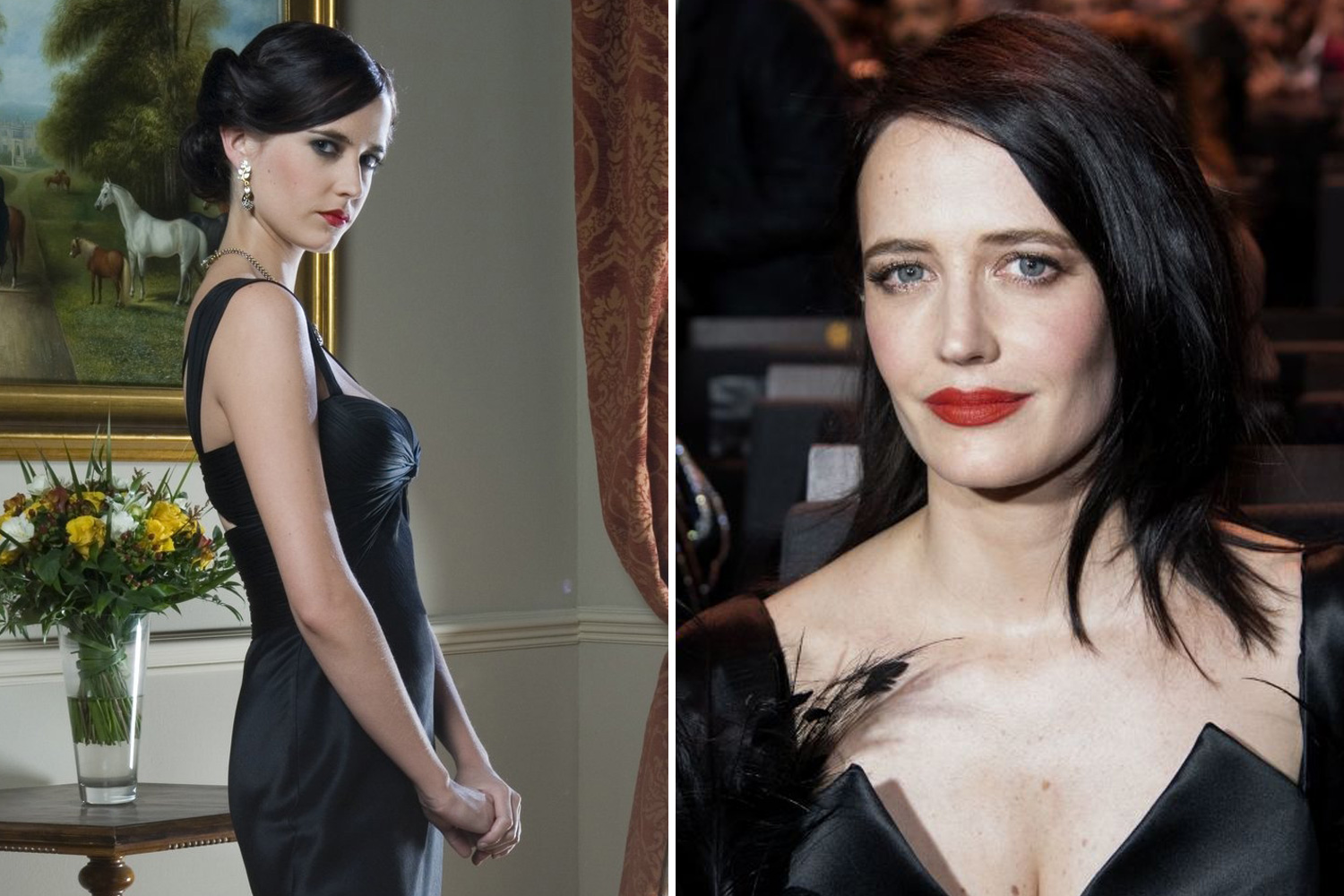 Vesper Lynd, played by the French actress in Daniel Craig's first Bond movie, is a MI5 double agent whose kidnapping is staged by her Russian KGB bosses to lure Bond into a trap.

Lothario Bond meets his match and falls in love, but she tragically drowns in a flooded building, consumed with guilt over her betrayal.

She went on to star in The Golden Compass, Dark Shadows, 2014's Sin City: A Dame to Kill and Miss Peregrine's Home for Peculiar Children.

Eva, 40, has previously says she prefers to live alone. 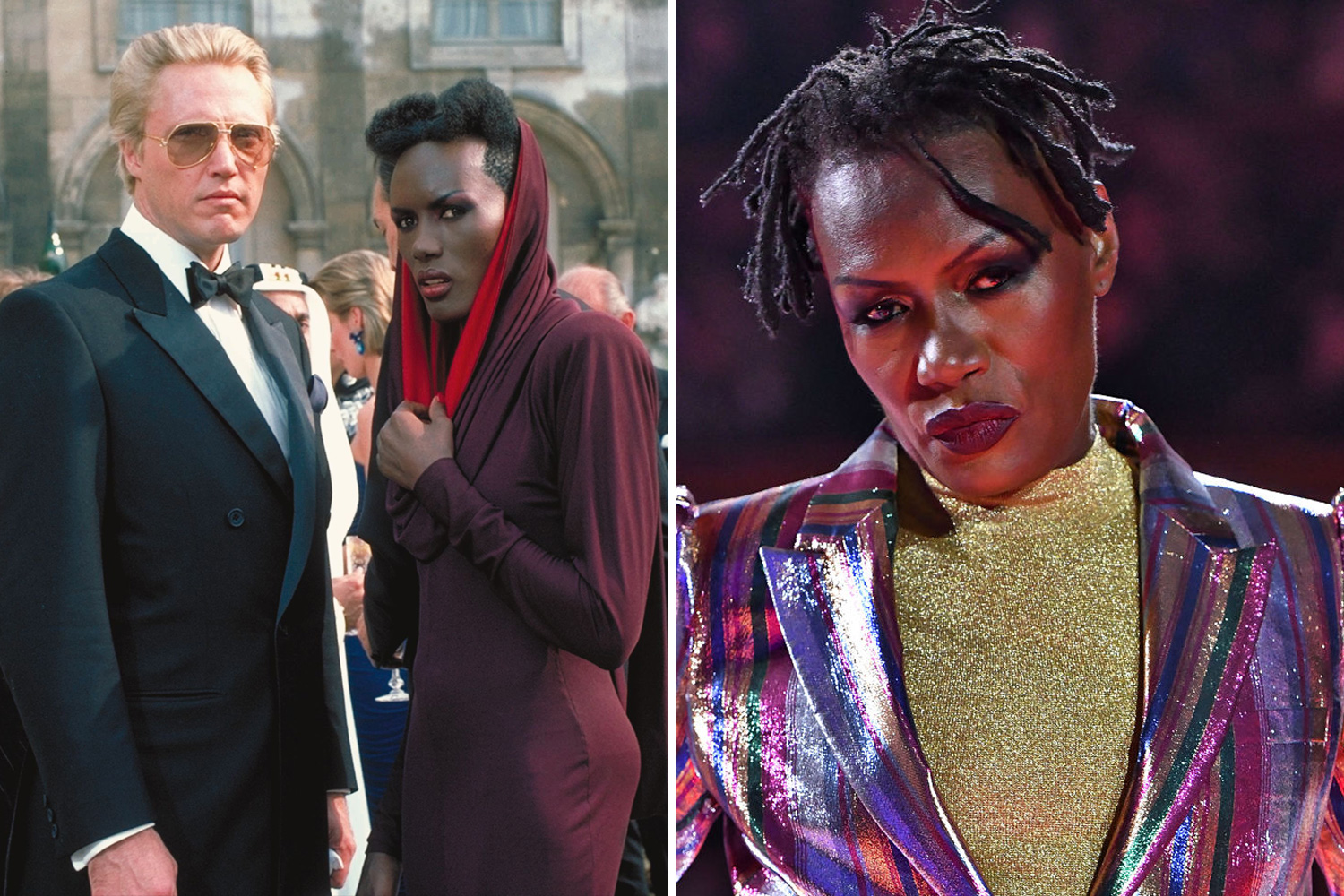 One of the deadliest Bond girls, May Day, played by singer Grace Jones, is a henchwoman to villain Zorin.

Grace was already a household name when she took the role, in 1985, but went on to release her iconic album Slave To The Rhythm the year after.

Jones dated former bodyguard Dolph Lundgren and launched his acting career by getting him a role in the Bond film.

She has had one brief marriage – to Atila Altaunbay- and has a son by graphic designer Jean Paul Goude. 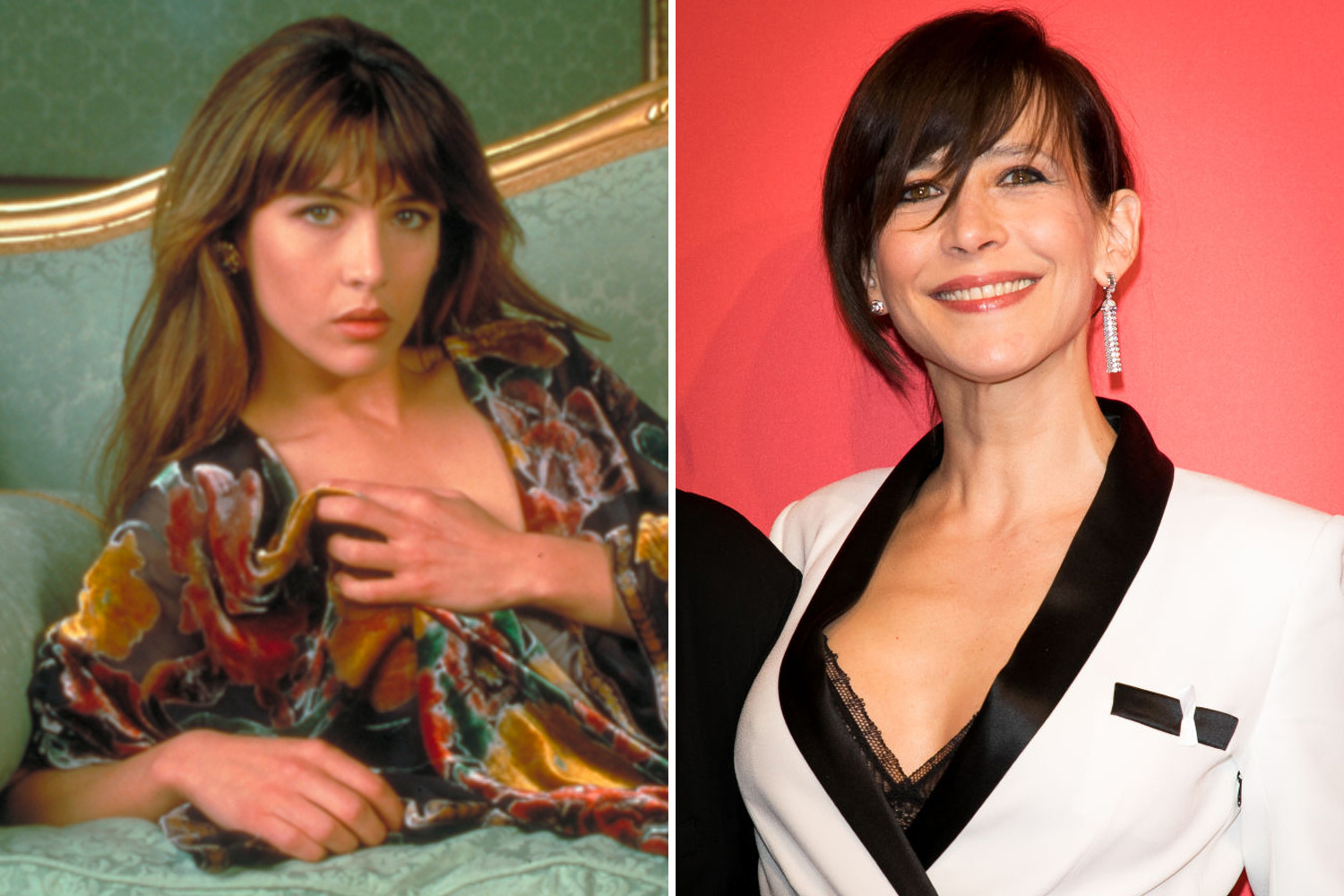 French beauty Sophie starred as arch villain Elektra King, who plans to blow up a city and an oil pipeline owned by her magnate father.

Sophie has made a slew of French movies since the 1995 movie, including With Love from the Age of Reason and Happiness Never Comes Alone.

She has a 26-year-old son with director Andrzej Żuławski, her partner of 16 years from 1985, and a daughter, aged 19, with American director Jim Lemley.