Zoe, 50, took on hosting duties for It Takes Two back in 2011 when she replaced current Strictly Come Dancing host Claudia Winkleman, 49, in 2011. Ever since, she has entertained viewers of the BBC spin-off show on weekday evenings by bringing them all the behind-the-scenes action from the competition. The presenter was joined by Rylan Clark-Neal to host the programme from 2019 onwards as she dedicated more of her time to the Radio Two Breakfast Show. With no official confirmation on who would be taking the coveted spot, Zoe has teased who the famous face could be who will step into her shoes.

Appearing on Friday’s edition of This Morning, the presenter said of her decision to leave: “It’s such a hard decision.

“You know that show has been my life and 10 years on It Takes Two has been such a joy.

“Working with the crew and the dancers and I will miss it so much. But I think there comes a time when you’ve got to do new things.

“And I often think if Emma Falls or Sarah Green hadn’t stepped down from Saturday Mornings [on BBC Radio 2], I would never have had a chance to do that,” she continued before going on to speak about her replacement.

“I feel that, whether Rylan does the whole lot on his own because he’s amazing and I’m sending him lots of love, or whether someone steps in with Rylan, who knows?” 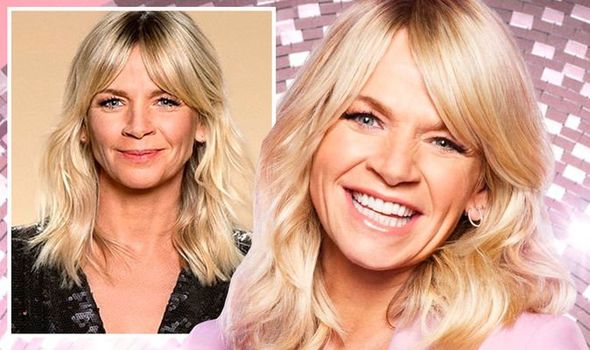 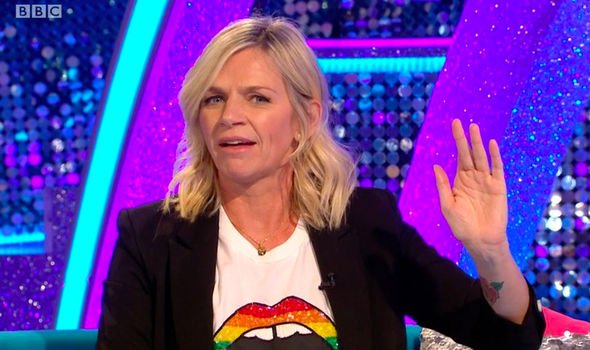 “That show is in safe hands. It will have an all-new energy and you’re always part of a family and we’ll always support on the breakfast shows,” Zoe explained.

“So, it was a hard decision to make but I think it is the right decision and I’ve loved my time on it. I’m excited to see who is in the class of 2021.”

It was in an Instagram post Zoe broke the news she would be leaving her role of 10 years behind her as she looks to the future.

In view of her 590,000 followers, the host posted a series of photos from her time as both the host of It Takes Two and her time being a presenter on Strictly. 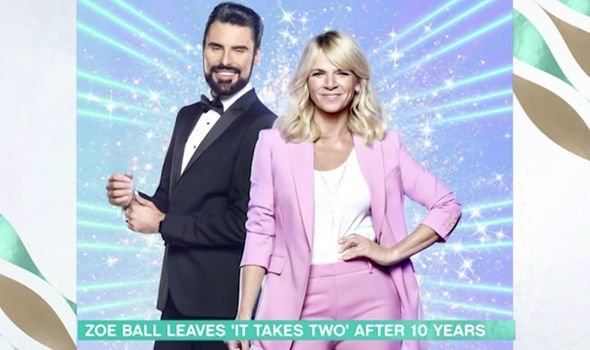 That show is in safe hands

Part of the caption for the pictures read: “Dance lovers, after 10 joyous years I am waltzing away from It Takes Two.

“As a massive @bbcstrictly fan I have loved spending my Autumn teatimes with the celebrity dancers, the gorgeous and awesome pro dancers, the judges, my girl Vicky Gill, Rylan, Gethin and of course my main man, Ian Waite.

“Time now for some new cha cha challenges. I will continue to support the Strictly family on the Breakfast Show and can’t wait to watch the Class Of 2021 from my sofa.”

Zoe went on to thank her co-stars for all their support and she said she would miss them all “immensely”. 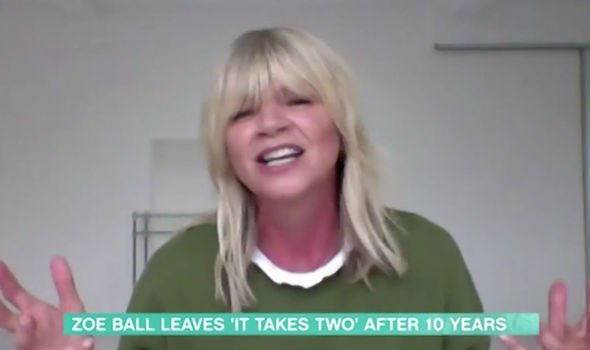 The rumour mill as to who could be featuring in the 2021 cast is already going into overdrive, with some high profile names stapled to the latest season.

Amongst them are This Morning star and celebrity fashion guru and chef, Gok Wan, 46, as his chances of taking part have increased significantly.

According to Coral bookmakers, the television personality stands at 2/1 to be a contestant this year as the show resumes to some sense of normality.

Spokesperson Harry Aikenhead said of his chances: “We think I’m a Celebrity Get Me Out Of Here suits Gok a lot better and make him odds on to be a contestant on the 2021 series, with Strictly a much less likely possibility according to our betting.”

Gok spoke on Channel 4 chat show Steph’s Packed Lunch earlier this week and addressed whether he would ever take part.

“They’ve asked me many times but, believe it or not, I’m quite shy – I know I come across as being out there – but when it comes to my personal life I do suffer with nerves quite badly, he said.

“So things like dancing or singing, all that kind of performing, even though I do panto, it takes a lot for me to get into that zone.

“The idea of going onto a weekly show and being on display to the whole of the world, not using my craft or my skill or expertise in whatever I’m talking about, it terrifies me.

“I’m not saying I would never do it, but I have never found the courage or the guts to do it.”

Strictly Come Dancing returns later this year on BBC One.